OTTAWA, Ontario — The Rangers built a lead and defended it as if their season depended on it Wednesday night against the Senators.

After struggling to do so in the last few contests, the Rangers put together three strong periods and ultimately took a 3-1 win over the Senators to snap a three-game skid at Canadian Tire Center. Jaroslav Halak also picked up his first win as a Ranger behind 34 saves.

Once Barclay Goodrow deflected in a shot from the point by Ryan Lindgren at 10:52 of the second period, the Rangers had a 2-0 lead, but Shane Pinto answered for Ottawa less than three minutes later with a goal off the rush.

The Rangers have crumbled in similar scenarios lately, often allowing it to snowball as opponents garner more momentum. Even though Ottawa had two power plays in the second period, the Blueshirts spent most of that time in the offensive zone after the Senators’ goal. Some of their best chances came on the penalty kill, including a Jacob Trouba shot off the post.

That carried over into the third period, when the Rangers managed to regain the two-goal lead off a goal from Chris Kreider at 12:59. Lindgren sent the shot in on that one, too, giving him his first three-point game of his NHL career. 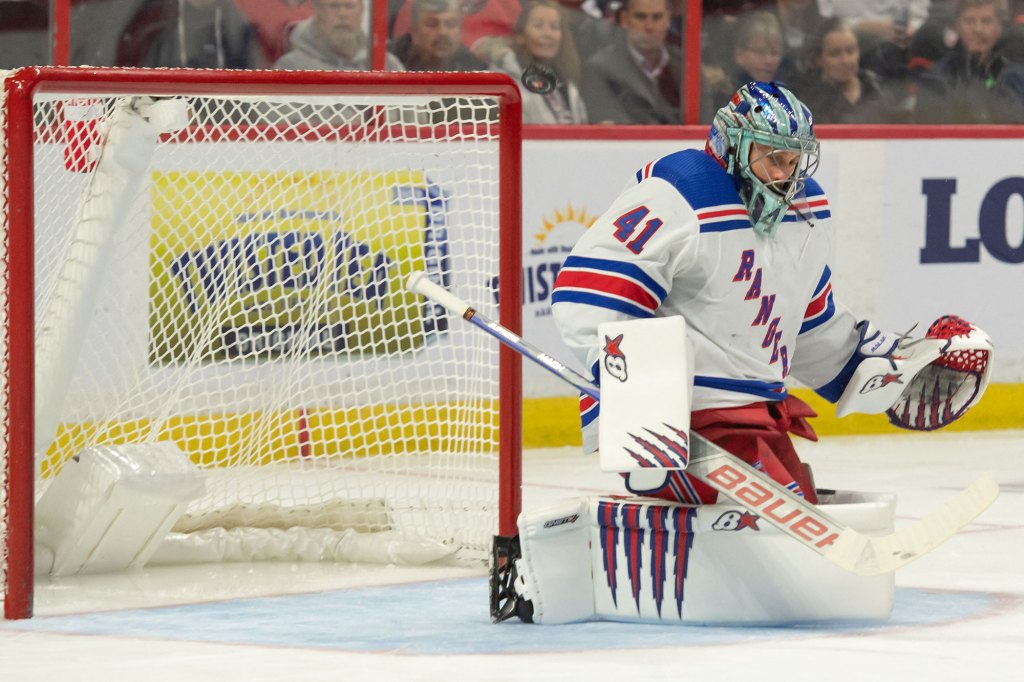 “The cliché is to just keep playing the same way,” Jimmy Vesey told The Post before the game when asked about protecting leads. “It’s just one of those things it never seems to go [that way]. It’s so much easier said than done. In a 60-minute game in the NHL, you’re not going to be able to outplay the team for all 60 minutes. They’re going to have to make a push. I think a lot of it is just confidence. We’ve blown some leads and I think once we defend one, it might help our mental state a little bit in those situations.

“We don’t want to change the way we play, just defend a little harder and sometimes you’re going to have to weather the storm a little bit. But we got to find a way to get points nonetheless.”

Vesey put the Rangers on the board first roughly halfway through the first period, cleaning up a loose rebound for his sixth point (two goals, four assists) in his last 10 games. Wednesday night marked Vesey’s 10th game of the season playing on the top line with Chris Kreider and Mika Zibanejad, which is something Rangers president and general manager Chris Drury likely didn’t envision when he signed the 29-year-old journeyman off his professional tryout.

There is no question Vesey has been a workhorse for the Rangers this season. From earning more time on the penalty kill to chipping in points where he can, Vesey has turned out to be an important signing. 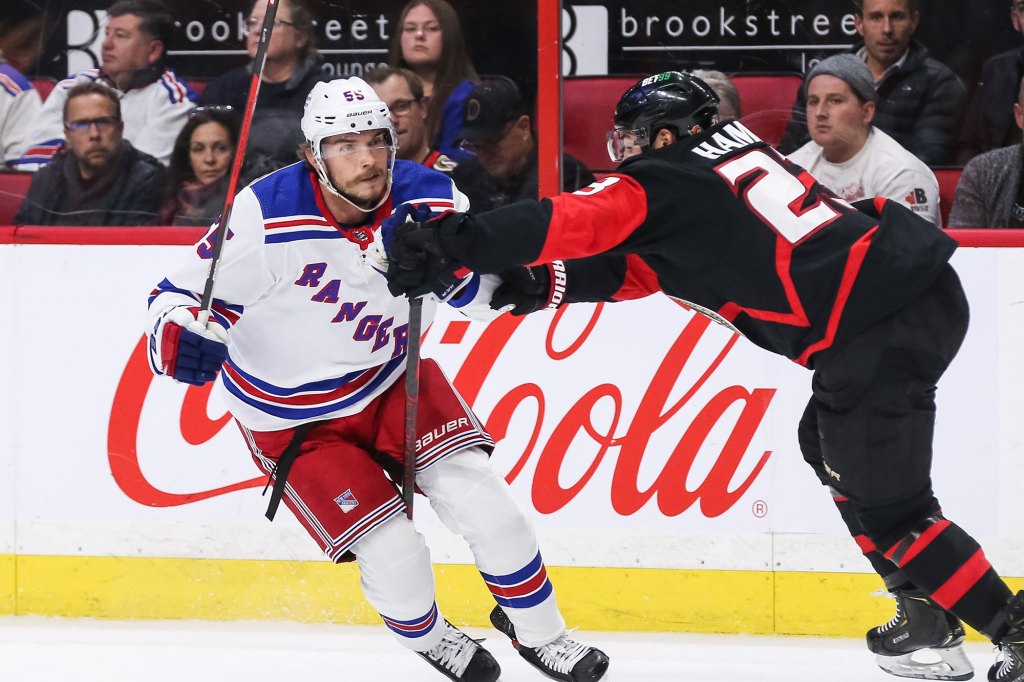 Head coach Gerard Gallant switched up the bottom six and broke up the Trouba-K’Andre Miller defensive pairing. Trouba primarily played with Zac Jones, while Miller logged more minutes alongside Braden Schneider. The defensive changes, however, didn’t have as much of an impact as the ones to the forward group.

Vitali Kravtsov was reinserted in the lineup after he had been scratched in the previous eight games. In 10:30 of ice time, the Russian wing had a jump to his game that wasn’t always there in the few full games he played. He contributed on the forecheck, landed a couple of hits and put forth arguably his most effective performance of the season.

Oh, and he made it out unscathed.