The Baltimore Ravens blew a big lead to the Buffalo Bills on Sunday, losing 23-20 after being up 20-3, and emotions boiled over on the sideline during the closing seconds of the loss.

With Buffalo kicker Tyler Bass lining up for a game-winning field goal, the CBS broadcast cut to a curious shot of Ravens cornerback Marcus Peters lashing out at John Harbaugh. He appeared to be screaming at the Baltimore head coach, and had to be restrained by his teammates.

It’s unclear exactly what Peters was upset about, but perhaps it was Harbaugh’s decision to go for it on fourth-and-goal at the 1-yard on the previous drive. Instead of opting for a field goal that would have put the Ravens in the lead, Harbaugh decided to try to score the touchdown. Lamar Jackson threw an interception, and the Bills drove down the field for the winning score.

Peters left the stadium before media availability and didn’t clarify why he was upset, but Harbaugh spoke about the incident after the game. 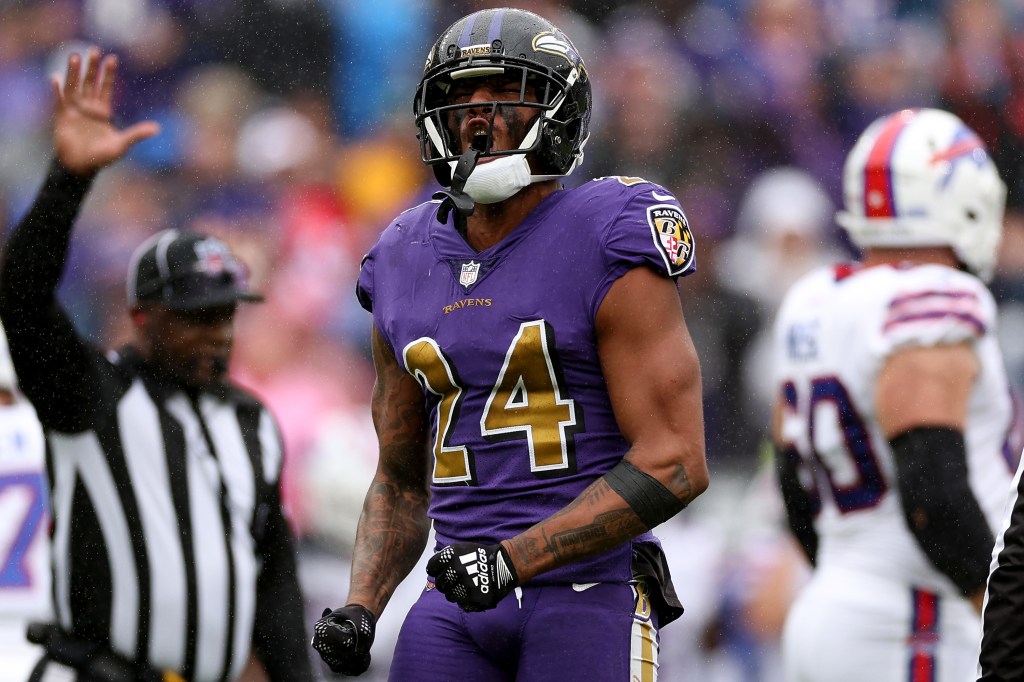 The Ravens fell to 2-2 with the loss, which is still good for a tie atop the AFC North with the Browns and Bengals. The Bills, meanwhile, went to 3-1.