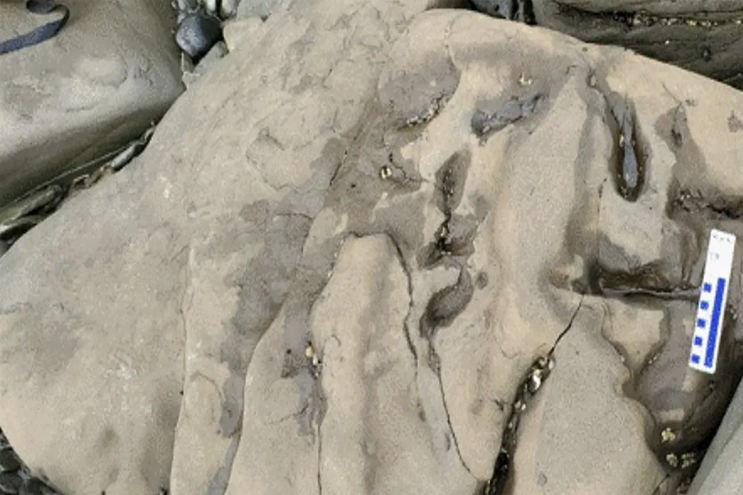 Katmai National Park officials tweeted that this is the first evidence of T. rex found in the area. Fox Weather

ANCHORAGE, Alaska – A gargantuan footprint discovered in a remote Alaska national park on November 28 turned out to be a Tyrannosaurus rex footprint.

The exciting finding is the first evidence that the once-terrifying beasts roamed the region, according to park rangers.

“RAWR!” Katmai National Park officials wrote on Twitter a photo of the footprint found in the Aniakchak National Monument, known as “one of the most wild and least visited places in the national park system,” according to local officials.

“If you had seen this, would you have recognized it as a track?” rangers wrote.

The monument surrounds the Aniakchak volcano in the southwestern region of Alaska.

T. rex is one of the largest and most feared carnivores, according to the American Museum of Natural History. The behemoth weighed between 11,000 and 15,500 pounds. Scientists say it grew to 40 feet long and 12 feet high from the ground to its back. 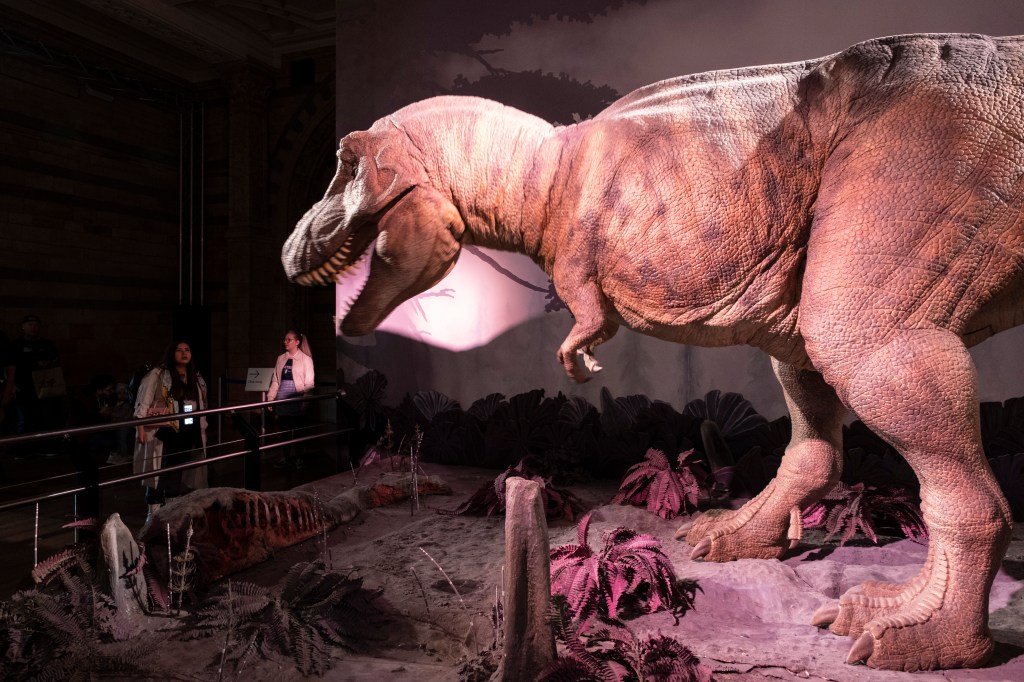 In Pictures via Getty Images

No doubt, other animals cowered at T. rex’s 60 serrated teeth the size of bananas, according to Fossils, Facts and Finds. The dinosaur roamed the area about 65 million years ago.