Ryan Johansen scored his second goal of the game 33 seconds into overtime and Juuse Saros made 25 saves in the Nashville Predators’ 4-3 victory over the New Jersey Devils on Thursday night at Prudential Center in Newark.

Johansen took a pass from Matt Duchene and beat goalie Vitek Vanecek from in front.

Mikael Granlund tied it for Nashville with nine seconds left in regulation. The Devils had a power-play chance in the closing minutes when Nashville was called for too many men, but Granlund scored 37 second after the penalty expired. 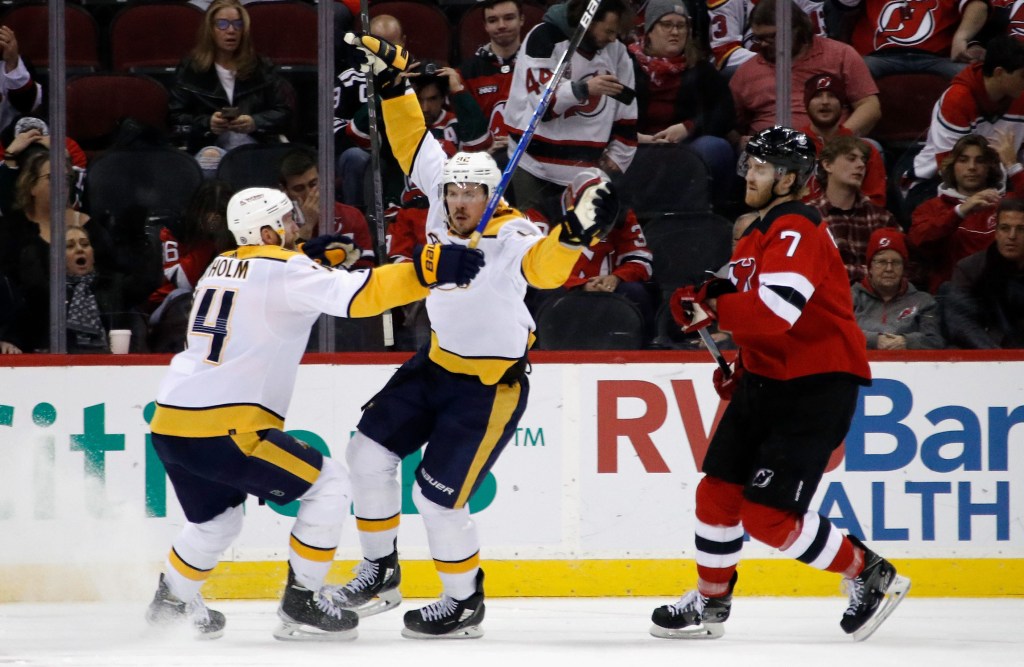 Colton Sissons also scored for the Predators. Nashville has won seven in a row at Prudential Center, sending the Devils to their second loss in their last 18 games (16-1-1).

Defenseman Kevin Bahl and forwards Jesper Bratt and Alexander Holtz scored for New Jersey in a 2:38 span early in the second period to make it 3-2. Vanecek stopped 20 shots.

Predators coach John Hynes, who was replaced as Devils coach in December 2019 and hired by Nashville a month later, again returned to Prudential Center.

Hynes coached the Devils for four-plus seasons, including their most recent playoff appearance in 2018.

“I had a lot of good relationships with people in the organization, people in the arena,’’ Hynes said before the game. “It’s always nice when you come back and see familiar faces. Jersey was a great place for us.”

Fall Out Boy just announced a huge 2023 tour. Here’s how to get tickets

Alex Murdaugh said ‘I did him so bad’ when shown photo of slain son Paul: law enforcement agent

NASA captures photo of 'bear's face' on the surface of Mars