After living half of his life as a registered Democrat, Justin Roth, 42, re-registered in 2016 as an Independent — and then switched sides entirely to become a Republican in 2020.

“The reason I registered as a Republican has more to do with the Democrats than it does with Republicans,” said Roth, a single Staten Islander who teaches English as a second language. “I still consider myself liberal in a lot of ways, but I’m no longer a registered Democrat. They’ve just really gone off the rails for the past several years.”

As he’s watched the left wage cancel-culture wars and push for extreme political correctness, Roth said the Democrats have turned their backs on the issues that matter most to him.

“My top priorities right now are actually kitchen-table issues — inflation, the price of housing, food and gas. As a voter I really care about things that affect my life personally and the lives of my family members more than any of this culture war stuff.”

Roth is in good company. The social justice obsessed, ultra-progressive, increasingly illiberal Left is even alienating liberal celebrities. Once feted as a progressive darling, Tesla CEO Elon Musk tweeted in May that he can no longer support the Democrats. 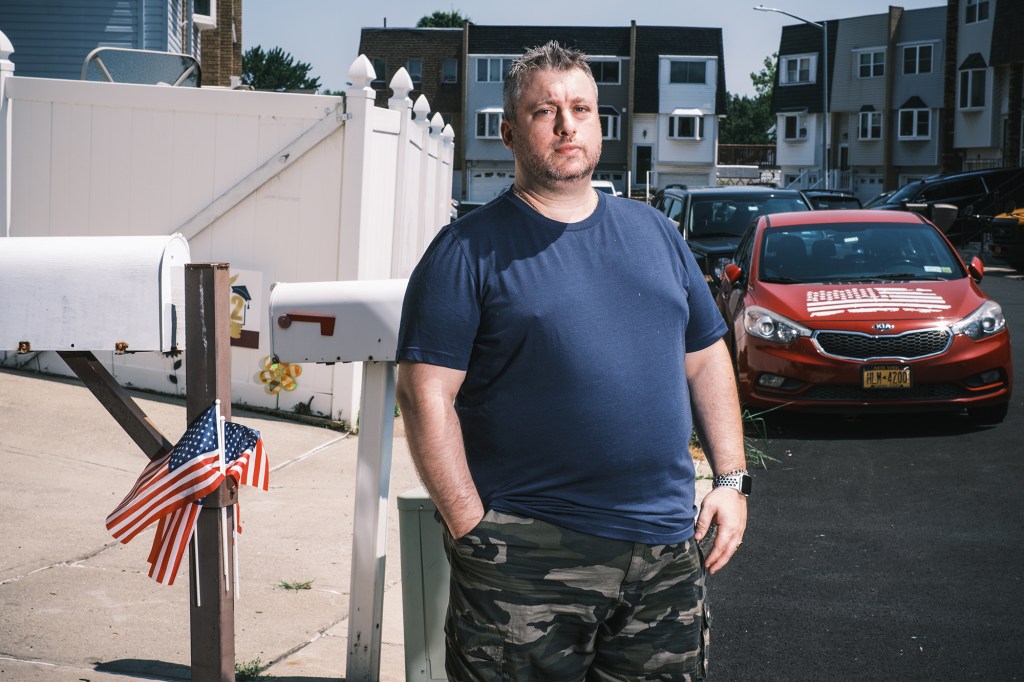 “In the past I voted Democrat, because they were (mostly) the kindness party,” he wrote. “But they have become the party of division & hate, so I can no longer support them and will vote Republican.”

In June, he followed through on that promise by voting for Texas Republican Mayra Flores in a special House of Representatives election. Flores won in a massive upset, becoming the country’s first Mexican-born US congresswoman. 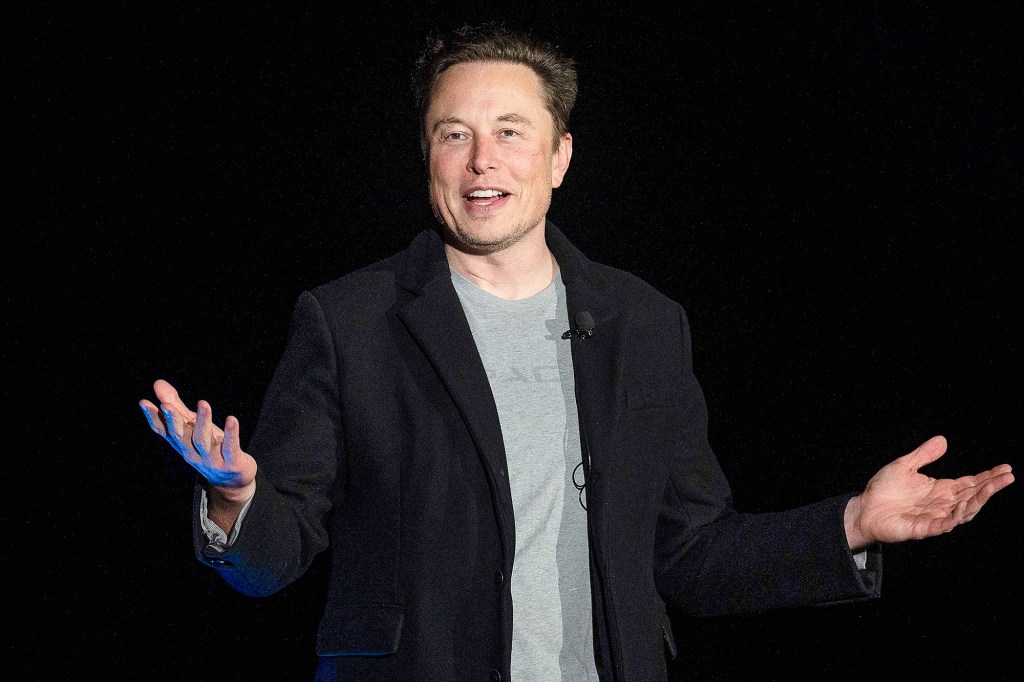 YouTube podcaster Dave Rubin resigned from his post in 2015 at The Young Turks, a popular left-wing news channel, after his own political awakening. He now dubs himself the “Why I Left the Left Guy.”

In a YouTube video that has garnered more than 15 million views, he made his position clear: “Today’s progressivism has become a faux-moral movement hurling charges of racism, bigotry, xenophobia, homophobia, Islamophobia and a slew of other meaningless buzzwords at anyone they disagree with. The battle of ideas has been replaced by a battle of feelings, and outrage has replaced honesty. Diversity reigns supreme unless it’s that pesky diversity of thought. This isn’t the recipe for a free society, it’s a recipe for authoritarianism.” 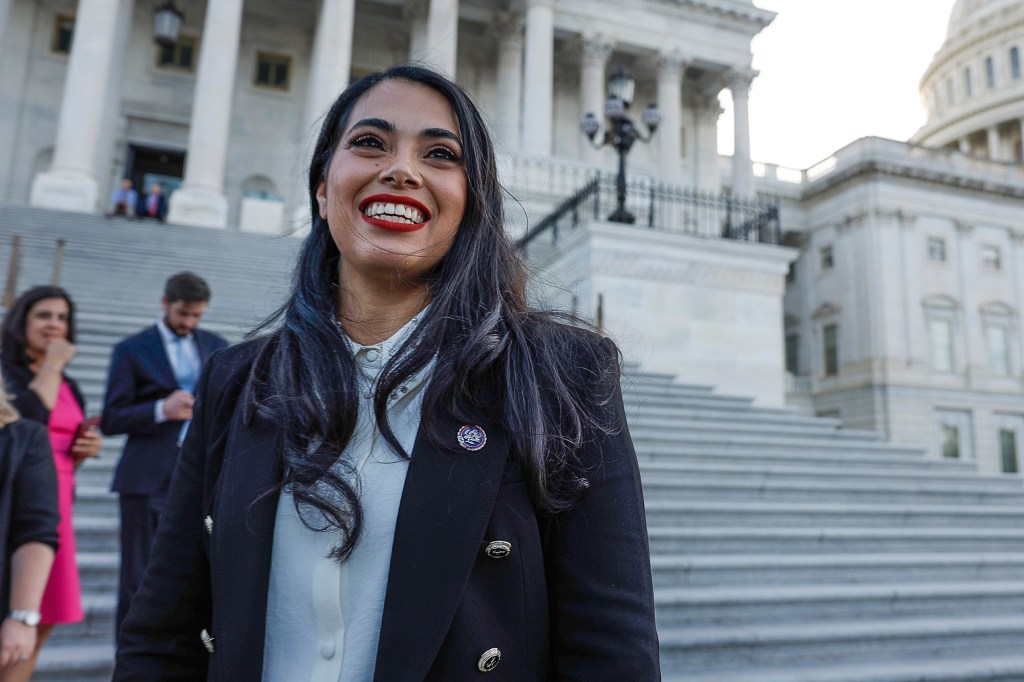 In November last year, HBO host Bill Maher echoed these same thoughts when he told Chris Cuomo on CNN that the Democratic Party was “toxic” because it had become “the party of no common sense.” He said he expected the Democrats to get “thumped” in the midterm elections this year.

He might just be right. According to an Associated Press report in June, more than 1 million voters in 43 states have left the Democratic Party for the Republican Party, especially in the suburbs, where swing voters can sway election results.

Meanwhile, almost half of registered voters consider themselves Independents, compared to just more than a quarter who identify as Democrat or Republican.

Holden Culotta, a 20-year-old bartender and college freshman from Connecticut said he’s put off by the current Democratic Party. After watching the 2016 election unfold as a teenager, he switched his registration from Democrat to Independent.

“Looking back at the Democratic Party in the ’80s and ’90s, I think I probably would have been a Democrat,” he told The Post. “I realized both sides just looked like a clown show and were kind of missing the point. Today, I find myself in the disaffected center. I take some ideas from the left and some ideas from the right, but I don’t feel like I identify with any tribe.” 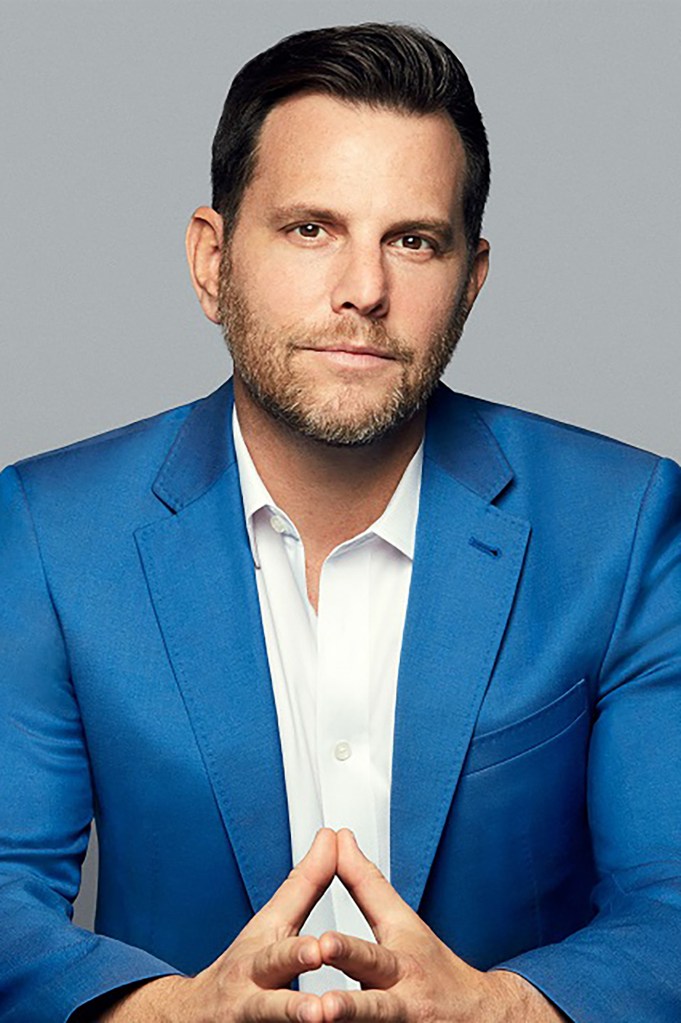 YouTuber Dave Rubin wears his “Why I Left the Left Guy” nickname as a badge of honor. “Today’s progressivism has become a faux-moral movement,” he declared in a now-famous video that has garnered more than 15 million views.

One big problem for Democrats, he said, is that “they lean a lot more towards censorship” — something that particularly affects his fellow members of Generation Z.

“I see self-censorship all the time. People will whisper, ‘Oh, yeah I agree with you, but I could never say that.’” 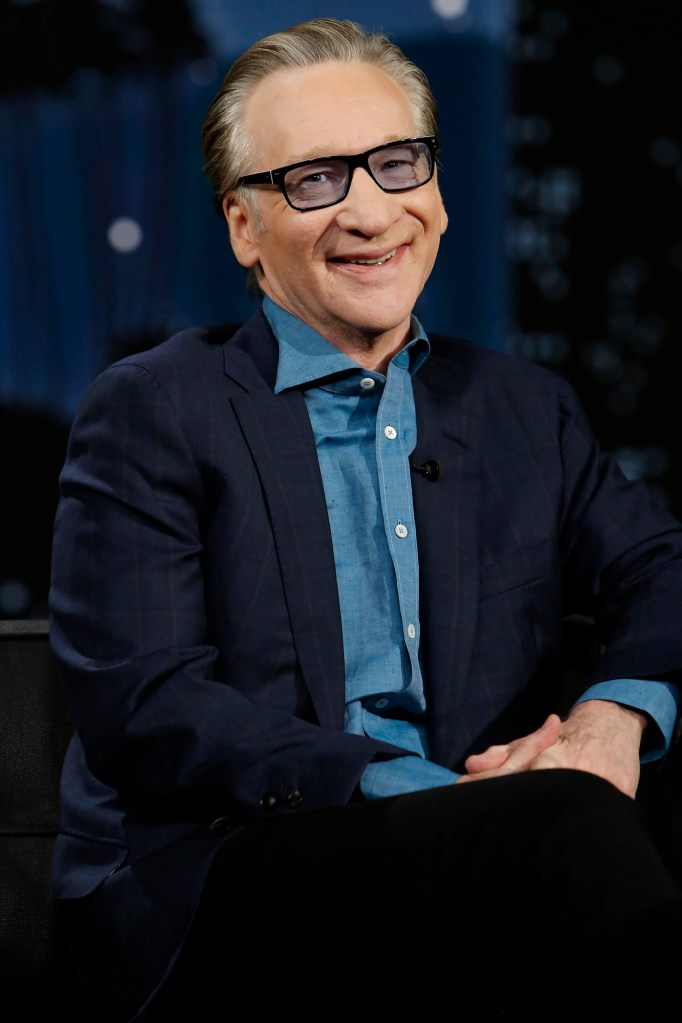 The left’s push for politically correct language can also undermine meaningful change, he said. For example, progressives have shamed members of their own party into using the term “Latinx” — a gender-neutral way to describe Hispanics. But a Gallup poll found that only 4% of Hispanics prefer the term, and another survey revealed that 40% are actually offended by the label.

“I think a lot of the cultural things the left is talking about today are really alienating,” Culotta said. “If we’re only talking about pronouns, we’re not really solving issues or moving the country forward.” 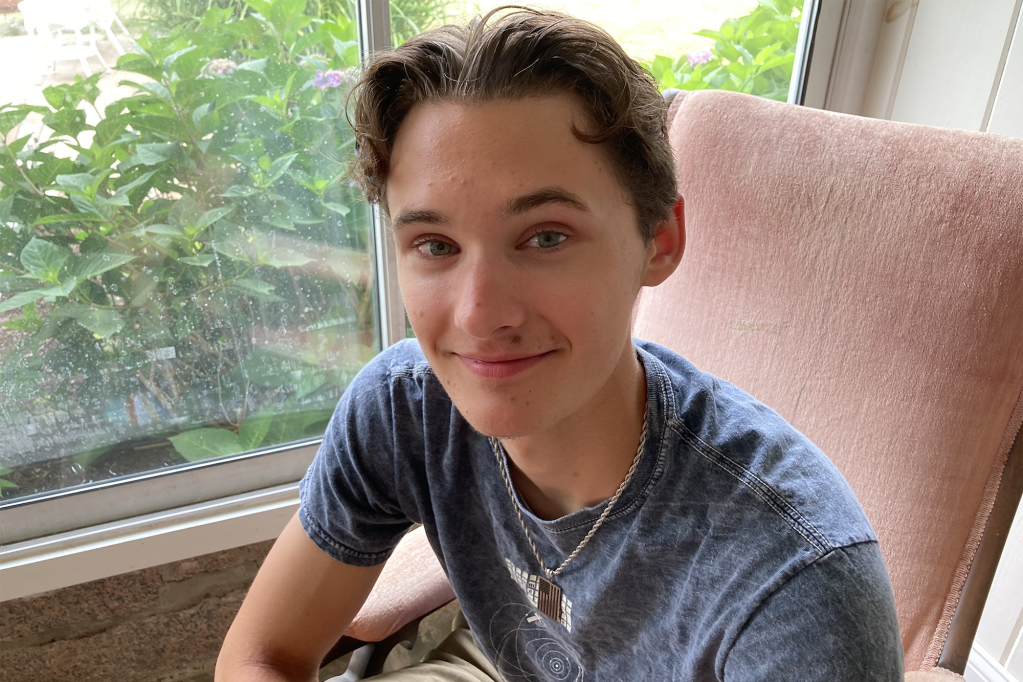 Holden Culotta became disillusioned with the Democrats after the 2016 election, and switched his affiliation to Independent.

Another former Democrat, Michael Lee re-registered as a Libertarian in January 2021 and then as a Republican to vote in open primaries. Of today’s Democratic party, the 33-year-old software engineer based in West Chester, Penn., said: “There definitely are those who are too woke and too left in my taste and are alienating to centrists like myself.”

As a husband and father-of-one who is concerned for his family’s safety, he was especially turned off by the party’s loudest left-wing members, such as Rep. Ilhan Omar and Rep. Alexandria Ocasio-Cortez, calling to defund the police in the wake of the death of George Floyd in 2020.

“Defunding the police,” he said, “may have been a new catchy slogan, but as an actual stance it’s highly impractical and will cause more problems.” 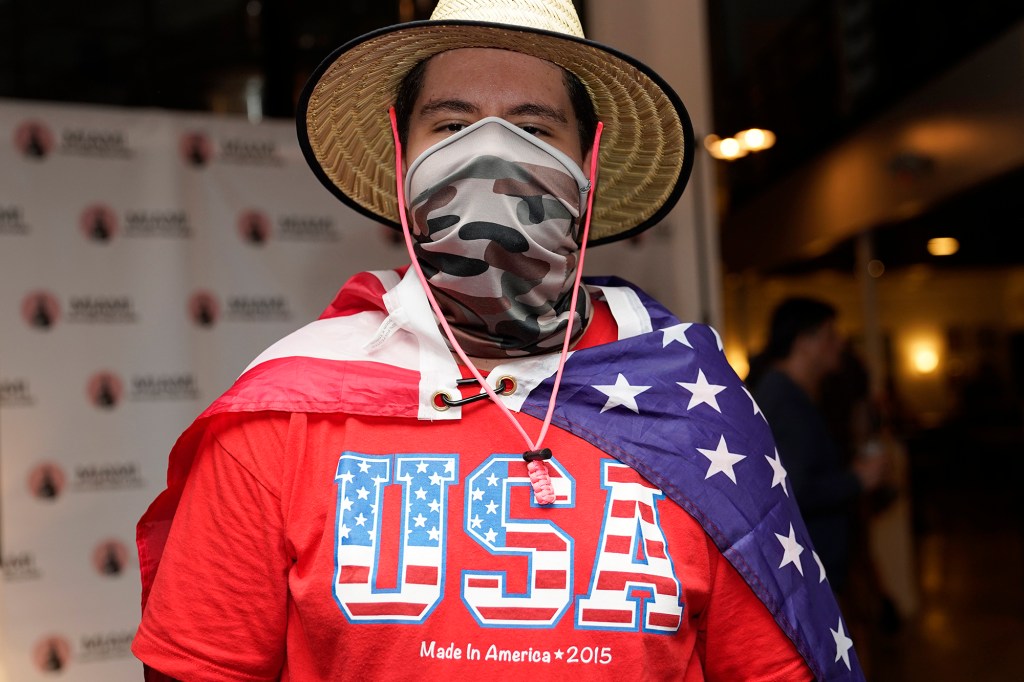 Lee said he’s also disillusioned by politicians who supposedly champion his values, like ending gun violence and making healthcare and housing more affordable, but fail to do anything about it.

“The Democrats do talk about the issues that I care about, but ultimately I see that even when they have power, they’re just serving their own party. The Democratic establishment isn’t really there to serve the people.”

One 40-year-old rabbi from Virginia, who asked to remain anonymous, described himself as socially liberal, fiscally moderate — and a big believer in the importance of government assistance. But while he generally favors candidates on the left, he said he is suspicious of the Democratic Party’s ability to lead. 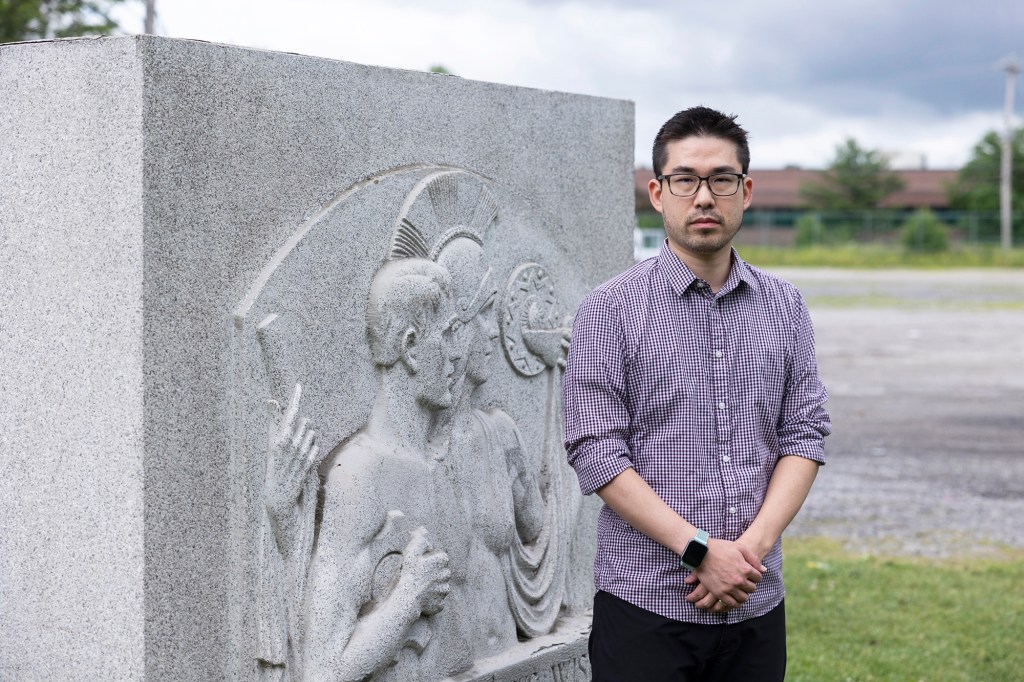 “In an ideal world, I would want the Democrats to set the agenda and the Republicans to run the country,” he said. “The problem is that the Democratic Party is terrible at managing things. If you look at any place where they have a monopoly on power, it’s just doing terribly.”

A July poll commissioned by the New York Times showed that a whopping 58% of Americans from all political orientations say our current system isn’t working since Donald Trump lost the election and Joe Biden became president.

Activist, political candidate and Post columnist Michael Shellenberger is one who feels that way. 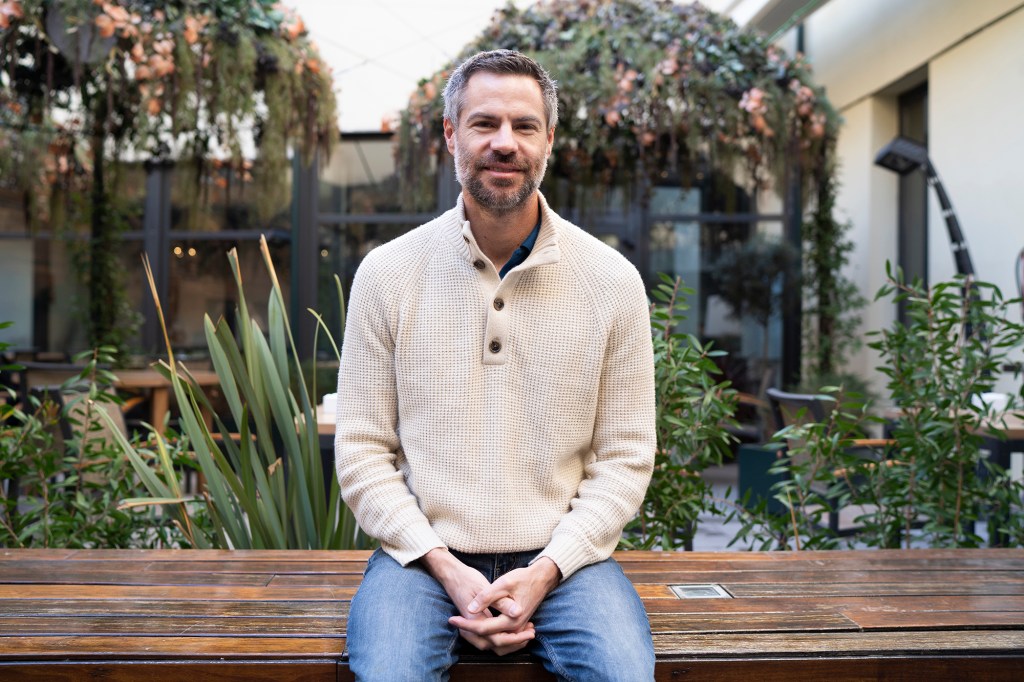 A former “very radical youth” who travelled to Nicaragua at 17 to help with a socialist revolution and later worked for the left-wing George Soros’ Open Society foundation, Shellenberger ran for governor of California this year on a pragmatic, solutions-oriented platform, ditching his lifelong Democratic affiliation to campaign as an Independent.

“I could no longer be a Democrat given what I knew about the party’s responsibility in causing the homelessness crisis,” said Shellenberger, 51, who lives in San Francisco. “To some extent I’ve moderated, but the left is just different now. They’ve gone absolutely crazy with things like identity politics and have just gotten really nasty and intolerant.”

‘A lot of the cultural things the left is talking about today are really alienating.’

“People who are disaffected are realizing there’s something wrong with this system,” Lee said. “As for me, I’m hoping Yang’s pragmatic approach could really fix the system so our democracy can work as it should.”

Christina Buttons, a 33-year-old artist and writer based in Tennessee, changed her voter registration from Democrat to Independent in 2020. One major issue that tipped the scales for her was Democrats’ unquestioning support of gender ideology, including the belief that transgender children should be allowed to undergo irreversible medical transitions as minors.

“I was very much of the opinion that Republicans were, for a lack of a better word, evil,” Buttons said. “But I sought out some Republicans to speak to them and find out what they are actually like. Lo and behold, I found out that they are not actually evil. They just have different ideas about how the country would be run best. Demonizing the 50% of the country who are Republicans just doesn’t sit well with me.”

“I started talking to some people who were supposedly scary, mean right wingers, and I realized that even though we have political disagreements, they were thoughtful and willing to agree to disagree,” he told The Post. “That’s something that almost doesn’t exist on the left anymore.”