The social media offensive came from both GOP lawmakers and the Republican National Committee shortly after Jeffries was elevated as the leader of his party in the lower chamber.

“Hakeem Jeffries called the 2016 election ILLEGITIMATE. Why are Democrats electing an ELECTION DENIER to lead their party? Where is the media outrage labeling Jeffries a THREAT to Democracy?” Rep. Ronny Jackson (R-Tenn.) said in a tweet Wednesday.

Martinsen’s thread included tweets from Jeffries in which he claimed congressional elections had been “stolen by rogue Republican operatives,” alleged that the GOP cheated in 2016 by colluding with Russia, and said that a ”cloud of illegitimacy” hung over the Trump White House.

1. Jeffries said "the more we learn about 2016 election the more ILLEGITIMATE it becomes." pic.twitter.com/cjMYeKIsCs

In one tweet from 2018, Jeffries wrote: “The more we learn about the 2016 election the more ILLEGITIMATE it becomes.”

“America deserves to know whether we have a FAKE president in the oval office,” the new House Democrat leader added.

Jeffries, 52, won an uncontested election on Wednesday to replace Rep. Nancy Pelosi (D-Calif.) as leader of the House Democrats. He became the first African American elected to the post. 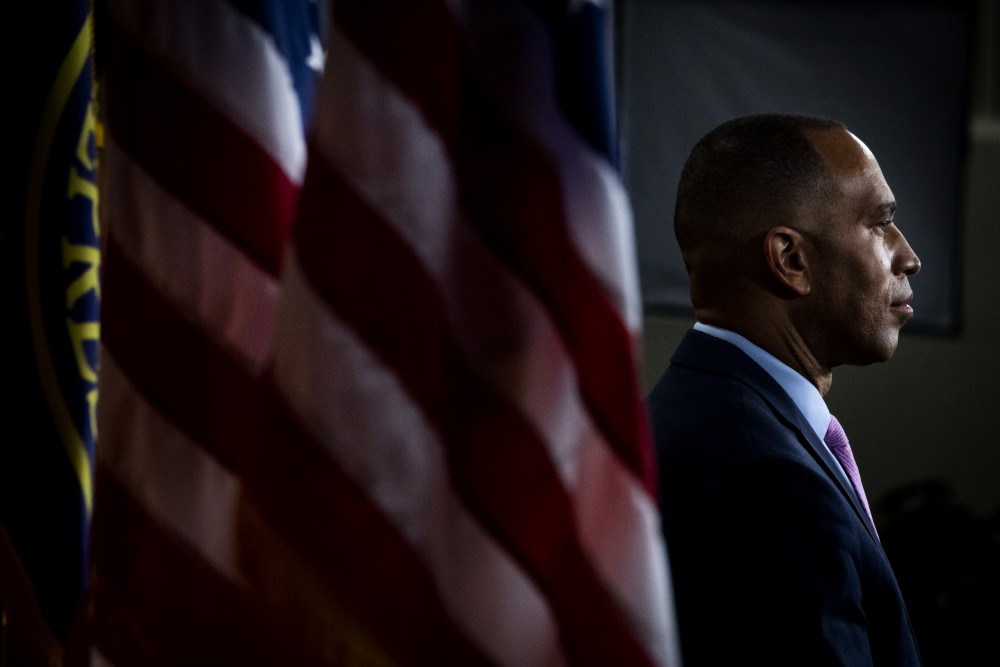 On Jan. 3, when the new Congress convenes, Jeffries will officially be named House minority leader.

“Leadership is incredibly important,” Jeffries said in a statement after his election win Wednesday. “When we get an opportunity as diverse leaders to serve in positions of consequence, the most meaningful thing we can do in that space is an incredibly good job.”