Republicans were against the Electoral College before they were for it

(CNN)With the 2020 election quickly approaching, the Electoral College has emerged as a favorite target of some Democrats who would like to see it abolished in favor of a national popular vote. This is unsurprising, given that the party has endured in recent years a process that yielded two Republican presidents in the past five elections who failed to win the popular vote -- President George W. Bush in 2000 and President Donald Trump in 2016.

Despite Joe Biden's consistent lead in national polls, some Democrats continue to be uneasy that Trump could repeat his win in the Electoral College while again losing the popular vote. Indeed, some election forecasters, including CNN's Harry Enten, have estimated that Donald Trump could lose the national popular vote by more than 5 million votes and still win the election in the Electoral College.
It is no wonder then, that during the primaries many Democrats took aim at the institution, with Biden being a notable exception. 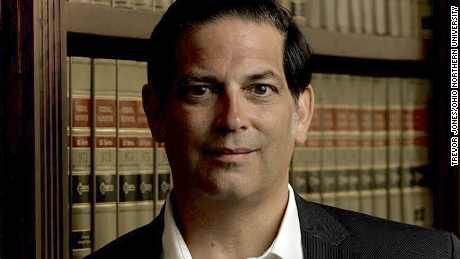 Stopping short of abolishing the Electoral College, a number of Republicans considered efforts to change how electoral votes were awarded in several key states.

They were preparing to run advertisements, draft Democrats to advocate on their behalf and were ready to mount an effort using radio to emphasize the importance of the popular vote and work to delegitimize a potential Gore Electoral College victory. While all of this came to pass, it suggests that outcomes have as much to do with one's view of the Electoral College as any purported values associated with the institution. If the outcome serves your interest, then all is well. When it doesn't, then we see major problems.

I suspect that had just over 2% of voters in Ohio changed their minds in 2004, from George W. Bush to John Kerry, Democrats and Republicans would have had very different views of the Electoral College. Had that happened, Kerry would have earned 271 electoral votes and the presidency, even though George W. Bush would have won the popular vote by nearly 3 million ballots.
Changes in public opinion reflect this observation. While Gallup surveys have dependably shown that most Americans favor a popular vote, support for the Electoral College actually rose after the 2016 misfire election. This was due to a large increase in support among Republicans. About one in five Republicans supported a popular vote in December of 2016 compared to nearly 50% in 2004.
Currently, nearly a quarter of Republicans support a national popular vote, according to Gallup, as opposed to nearly nine out of 10 Democrats -- which is the highest level of support reported among Democrats in two decades.

Like so many other things these days, the Electoral College is viewed through a partisan filter. Although Republicans are largely supportive of it today, electoral history suggests that views of the institution change depending on electoral outcomes.

Indeed, I have made the case that if states such as Texas and Georgia continue to drift toward the Democrats, we could find more Republicans who voice concerns over the Electoral College and more Democrats who would come to embrace the institution. Paraphrasing the old saying, when it comes to the Electoral College, beauty is in the eye of the beholder.

The same goal Monday in the Euro 1960 final: did not see the ball fly into the net, and says that he had no right not to score
Monday's last name appeared by accident - because of a drunk person. He entered the day of the week in the documents
Messi is the only one in the top 5 European leagues not to score after 10 + shots in a championship game this season
Lampard on 3-1 with Leeds: I'm absolutely thrilled. On another day we could have scored 5-6
Koeman on 1:2 with Cadiz: the Mood was not too good. Lost because of an error
Mbappe scored his 100th goal for PSG and shares 4th place in the club's goalscoring list
As a child, Monday played with stockings with straw or cans of stew. And he told my mother that he goes to tennis
Source https://edition.cnn.com/2020/10/26/opinions/gop-electoral-college-abolish-opinion-alexander/index.html?utm_source=feedburner&utm_medium=feed&utm_campaign=Feed%3A+rss%2Fcnn_latest+%28RSS%3A+CNN+-+Most+Recent%29