Texas Department of Public Safety Director Steven McCraw is being sued by more than 25 survivors of the Robb Elementary School shooting in Uvalde, Texas. McCraw is one of 19 defendants in a $27 billion class action lawsuit for psychological damages.

The other defendants in the lawsuit filed this week include local lawmakers and top law enforcement officers, many of whom are already facing federal suits from other survivors of the shooting and one victim's mother. This is the first suit to name McCraw and Texas DPS Regional Director Victor Escalon for their role in the police response during the massacre that took 21 lives.

"People are hurting, their children are hurting," said Charles Bonner, the lead attorney on the case in a news conference Wednesday. "They don't know what to do and there's no one helping them." 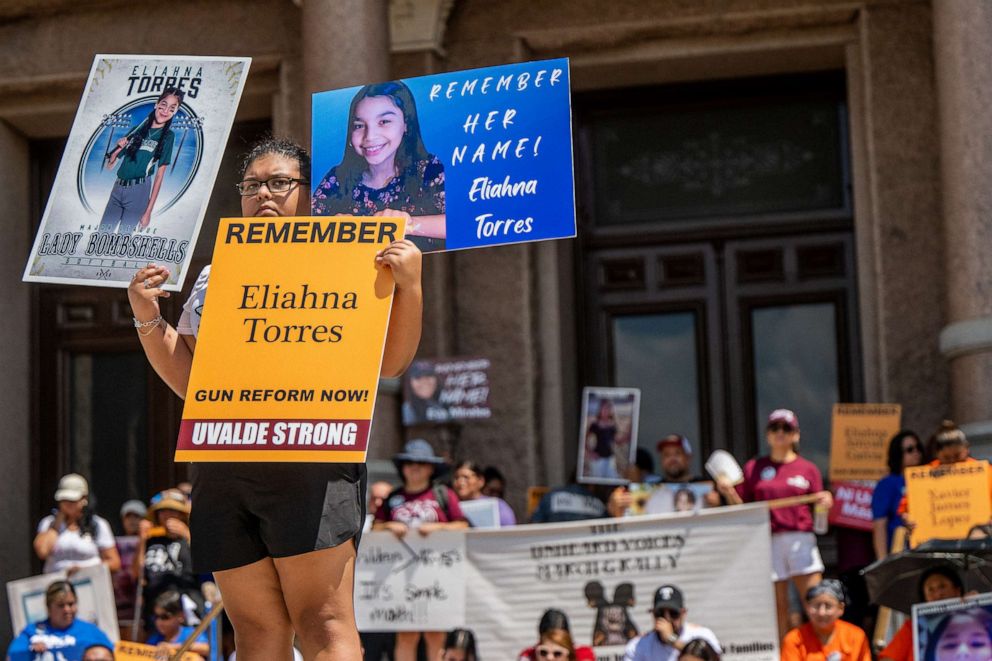 The Torres family stand holding signs of Eliahna Torres, one of the children murdered during the mass shooting at Robb Elementary School, during a March For Our Lives rally, Aug. 27, 2022, in Austin, Texas.

The federal lawsuit, which was filed in Del Rio, Texas, is the first class action to arise in the aftermath of the massacre and the first to ask for a specific amount in damages. It is the third federal lawsuit that has spawned from the tragedy and the second filed by a group of survivors. The plaintiffs were students, teachers, and school bus drivers at Robb Elementary on the day of the shooting. Lawyers say they are looking to add more plaintiffs to the complaint as well.

"This $27 Billion lawsuit is to let them know that we value our children's lives," said Bonner. "We have to have enough money to get their attention."

Families of the victims confronted McCraw at an October public safety hearing in Austin, calling on him to resign. 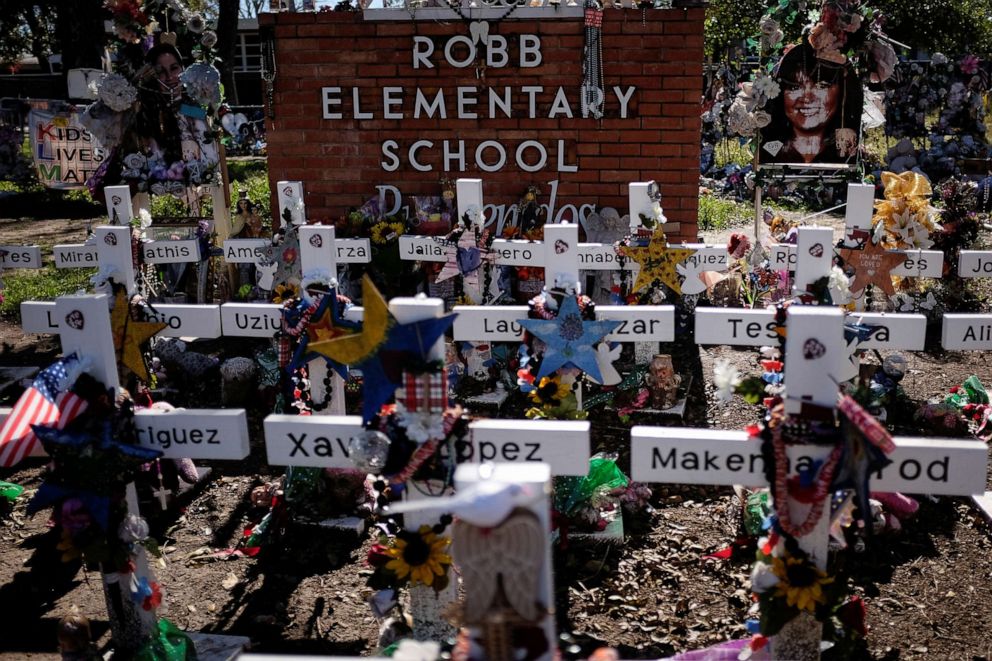 A general view of the memorial outside Robb Elementary, where a gunman killed 19 children and two teachers in the U.S. school shooting, in Uvalde, Texas, Nov. 27, 2022.

McCraw said that DPS as an institution had not failed during the shooting.

DPS did not respond to requests for comment on this lawsuit.

Bonner said that he met with many of the surviving families earlier this week at a church in Uvalde and heard their stories.

Many kids who witnessed the shooting unfold have since changed, he said. Some have had trouble sleeping, others started wetting their pants and many can't be alone anymore.

Teachers who sheltered students in classrooms and closets have been traumatized too, he added.

Mortgage rates fall for fourth week in a row

Rep. Ilhan Omar backs resolution recognizing Israel as a 'legitimate' ally as GOP moves to oust her from committee