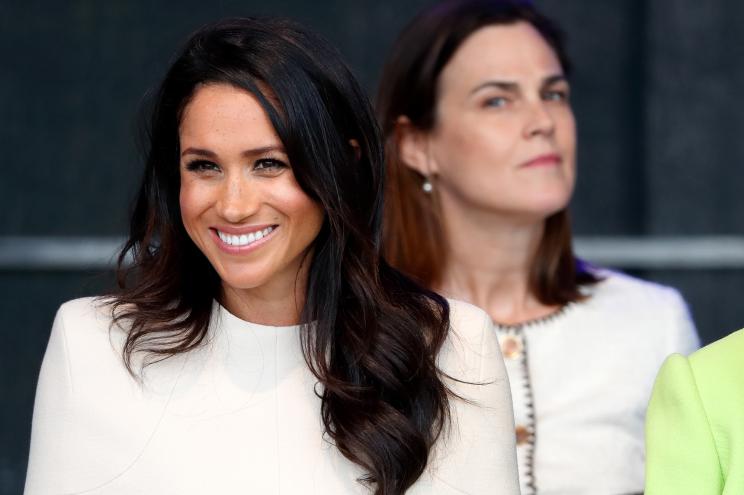 Samantha Cohen alongside Meghan Markle at a royal engagement in 2018. Getty Images

An aide to Meghan Markle and Prince Harry said the couple was so difficult and tumultuous it was “like working for a couple of teenagers,” a bombshell new book claims.

Samantha Cohen, the couple’s private secretary, was ‘”screamed at” before and during the couple’s flight to Australia, according to author Valentine Low, who wrote the new tome “Courtiers: The Hidden Power Behind the Crown.”

“Sam always made clear that it was like working for a couple of teenagers,” a source told Low. “They were impossible and pushed her to the limit. She was miserable.”

The book claims Meghan “screamed” at staffers, bullied them and complained she “wasn’t getting paid” for having to shake hands with people on royal tours.

Markle in particular left staffers in tears and “shaking,” the book claims.