Ridiculing Russell Wilson has become a secondary sport in this NFL season.

Key in Wilson’s name on the internet and you’ll find a creative array of memes making fun of the Broncos’ struggling quarterback.

Part of the derision toward the 34-year-old Wilson stems from the ridiculous $245 million contract he got from Denver, $165 million of it guaranteed, after he forced the Seahawks to trade him with demands of a contract extension.

The Broncos’ trade for Wilson, which was supposed to allow Denver to compete with Patrick Mahomes and the Chiefs for the AFC West, has been stunning in how it has not worked out to plan.

The Broncos (3-8), who play at the Ravens on Sunday, are ranked last in the NFL in points scored, averaging just 14.3 per game.

Denver’s season reached a low point last Sunday in a 23-10 loss to the Panthers, during which Broncos defensive lineman Mike Purcell screamed at Wilson on the sideline in the fourth quarter.

Both players, of course, downplayed the incident, but it was there for the world to see.

“Mike and I are on the same page,’’ Wilson told reporters. “He came off [the field] … and he was pissed off, he was just sad. He just said, ‘We’ve got to effing go,’ and I agree. There’s no animosity there at all. We’ve got to win. We’ve got to come out here and have some grit to us, some mentality to us. We’ve got to win these football games.’’

Purcell told reporters: “We all want to spark on something. We are all in this together.’’ 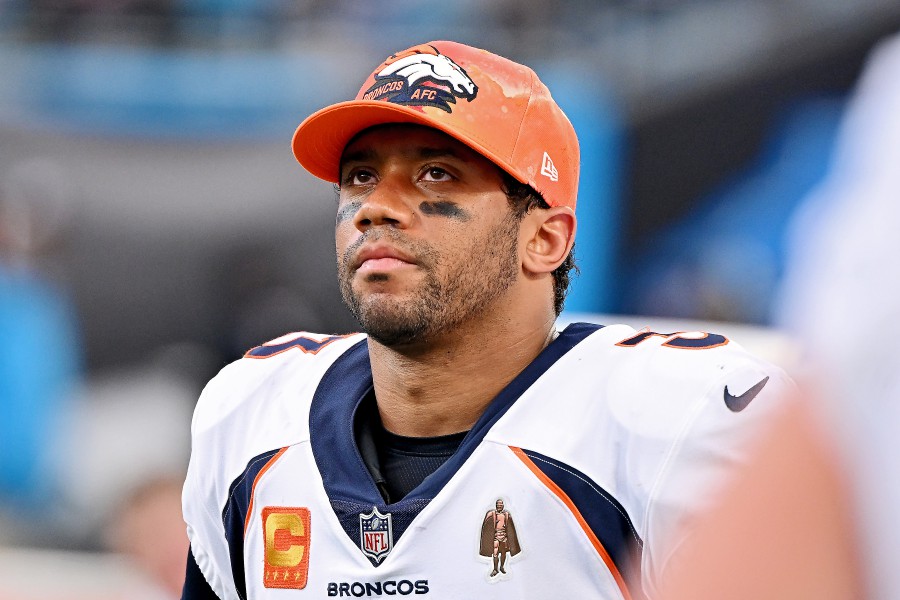 The Broncos, though, have looked lifeless, with no spark. People are calling for head coach Nate Hackett to be fired, though this is his first year.

Wilson was supposed to be the Broncos’ savior. The Broncos saw acquiring him as their version of the Rams acquiring Matthew Stafford last season when they dealt for the veteran quarterback and he helped lead them to a Super Bowl title. Same thing with Tom Brady and the Buccaneers.

But accomplished veteran quarterbacks going to new teams as the final piece to a championship puzzle don’t work out that way every time.

Instead, Wilson — who has a passer rating of 82.3, and has thrown for 2,369 yards, eight touchdowns and five interceptions in 10 games this season — has been weighing the Broncos down. Most alarming about Wilson’s sudden decline is how immobile he looks after he made a name for himself as one of the most elusive quarterbacks in the game.

He has been so ineffective that Denver fans are wondering whether the Broncos can get rid of him after this season. Because of his contract, however, there’s nothing Denver can do but keep him. If Wilson were let go, his deal would count as $107 million in dead salary cap money next year, $85 million in 2024, $49.6 million in 2025 and $31.2 million 2026. 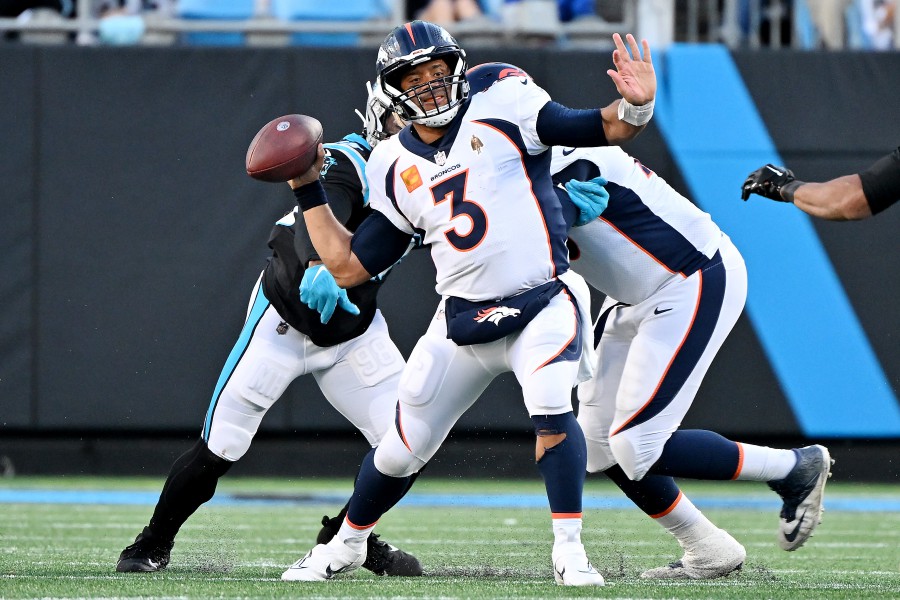 The Broncos are stuck with Wilson.

In the trade, the Seahawks got Denver’s first- and second-round draft picks in 2022 and 2023 as well as backup quarterback Drew Lock, tight end Noah Fant and defensive end Shelby Harris. And at 6-5, they’ve appeared a rejuvenated team and thriving behind Wilson’s former backup, journeyman Geno Smith.

The whole thing looks like a mess for the Broncos, as what they believed to be a franchise-altering trade has blown up in their faces.

Instead of becoming the biggest difference-maker in the NFL this season, Wilson, a nine-time Pro Bowler and former league MVP, has been reduced to being the league’s favorite punching bag.