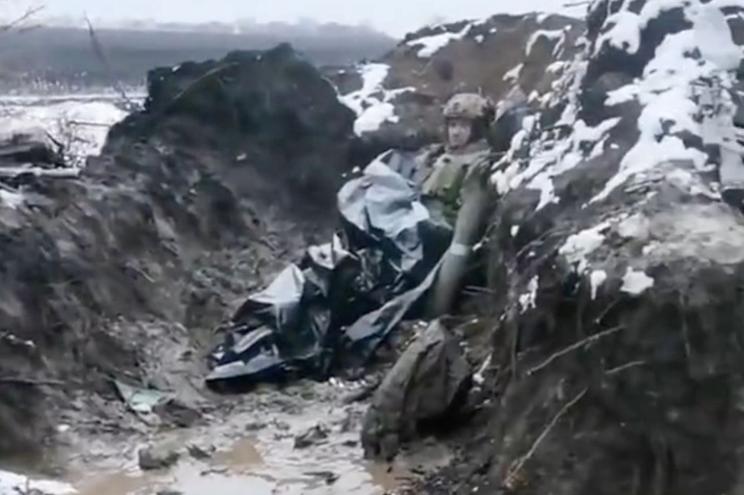 Here’s a look at the cold and dirty reality of the Russia-Ukraine War.

In a scene straight out of World War I, shocking footage posted on social media Saturday shows at least four Ukrainian soldiers stationed in muddied trenches, braving brutally cold elements as they await the invading enemy.

Two of the four stand in makeshift living quarters created with debris overlapping a portion of the trenched area, as rifles and empty water bottles lay in the muddied waters nearby.

One of the soldiers lies flat on a board to protect himself from the cold mud, as another is heard coughing nearby.

It’s unclear from the 20-second video posted by Ukraine’s Operational Armed Forces who these men are or when the video took place, but many wished them well after checking the footage out.

“Stay strong, stay vigilant. Victory will be so much sweeter,” tweeted one follower.