USA
Trusted
Huffpost
An article was changed on the original website

Sandra Bullock Fights Back Tears While Talking About Adopting Children

Sandra Bullock might be gearing up for the release of “Ocean’s 8” this week, but her biggest role to date is being a mom.

“Being a mom, I finally realize, ‘Oh, this is what I was supposed to do when I grew up,’” she explained. “Not be an actress; to be a mom.”

Bullock revealed that as she entered her 40s the prospect of starting a family seemed increasingly unlikely, until she got a “weird” feeling in the aftermath of Hurricane Katrina.

“Something told me that my child was there,” she said, before pausing to collect herself. 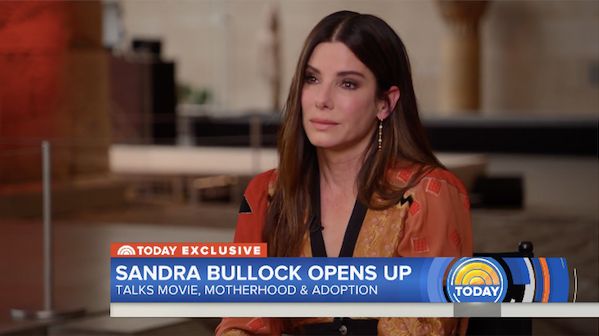 In 2006, Bullock and then-husband Jesse James started the adoption process for baby Louis when he was just 3 months old. After the two split amid a cheating scandal years later, Bullock finalized the adoption as a single parent.

“I looked at him and I just said, ‘Oh, there you are.’ It’s like ― it’s like he had always been there,” she said of seeing Louis for the first time. “It’s like he fit in the crook of my arm. He looked me in the eyes and he was just ― he was wise. My child was wise.”

She’s since bought a house in New Orleans, in addition to pouring thousands of dollars into a local high school that was destroyed by the hurricane close to where Louis was born.

Bullock actually credits her son with planting the idea in her head about adopting a second child after he interrupted a dinner party to announce that they were “gonna have a baby soon.” 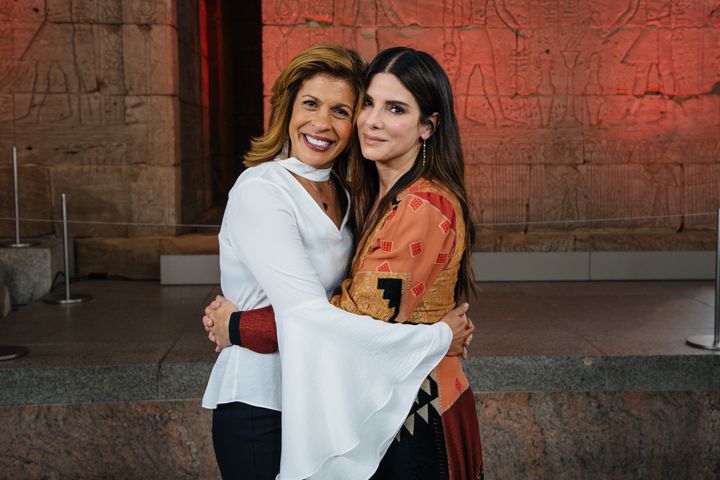 About three years later, she welcomed Laila into her family, which she described at the time as “blended and diverse, nutty, and loving and understanding.”

Bullock’s story has certainly had an impact on many mothers looking to adopt, including Kotb, who adopted her daughter, Haley Joy, at age 52.

“I hope me telling my story let people know that there’s no end game. There are hundreds of thousands of children that are ready to be your child,” Bullock said. “You’re a forever parent the minute you accept the love of that child. And it’s amazing to me how we can take away people’s happiness by telling them that this is the box that you have to stay in. There is no box.”

Kike Setien: Barcelona didn't play a great match. Espanyol played well in defense
Andujar Oliver on deletions: Fati went too far in the foot, and the foul on the Peak was even more dangerous, perhaps
Atalanta extended the winning streak to 11 matches, beating Sampdoria-2:0
Milner played his 536th game in the Premier League and was ranked in the top 5 of the League in games played
Barca midfielder Fati is removed in the Derby with Espanyol. He spent 5 minutes on the field
Suarez scored 195 goals for Barcelona and finished third in the club's top scorer list
Daniele de Rossi: People call Messi cowardly, but they are afraid to ask their wives for a remote control from the TV
Source https://www.huffingtonpost.com/entry/sandra-bullock-talking-about-adopting-children_us_5b155eeae4b010565aae5403

Minneapolis group against dismantling police: ‘We cannot have bullets continue to fly’

NYC teachers say classrooms will be chaos in staggered schedule

Tucker warns idea Biden won't debate Trump sums up the far left: 'You criticize them ... they attack you'

Tesla stock surge may lead to $1.7B payday for Elon Musk

Socialist Seattle councilwoman to Jeff Bezos: 'We are coming for you and your rotten system'

Amed Rosario has so much to prove at his Mets crossroad

Chilling Adventures of Sabrina Ending After One Last Season

What will the national security law mean for travelers -- and Hong Kong's tourism recovery?

5 Guards and a Nurse Face Charges in Death of Inmate Who Pleaded, ‘I Can’t Breathe’

Neil Young pens open letter to Trump, updates old song 'Looking For a Leader': 'We got to vote him out'

NJ man admits neighbor's Trump flag made him so mad, he dumped trash in yard for months

Australian man kills snake while driving, gets pulled over speeding to hospital