The play came from nowhere, and the Giants hoped it would end up being the highlight of the night for them.

The play looked like it was a leftover portion of the fireworks show that had just taken place in the halftime ceremony the Giants conducted to welcome seven legends into their Ring of Honor.

In a tight game that was dominated by defense and field goals, Saquon Barkley looked like he was shot out of a cannon as he cut, twirled and bolted his way 36 yards for a go-ahead touchdown in the third quarter of Monday night’s NFC East rivalry game against the Cowboys.

In the end, though, the play was one of not nearly enough highlights for the Giants in a 23-16 loss to the Cowboys at MetLife Stadium, their first loss of the season after starting 2-0.

The Barkley play gave the Giants a 13-6 lead with 5:31 remaining in the third quarter and it was their first and only lead of the game before Dallas would tie it at 13-13 on its ensuing series and later take the lead. 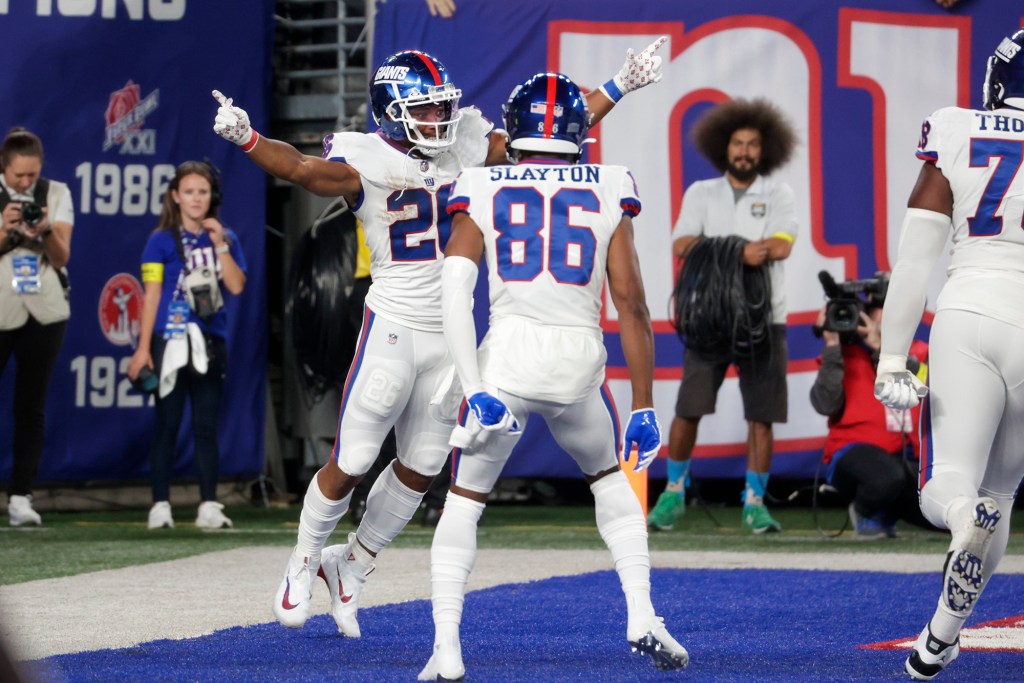 Before the Giants’ only touchdown of the game, Barkley had ground out some representative runs, but no one was breaking out with much of anything dramatic. He’d gained 39 yards on his first 11 carries and every one of those was well-earned real estate.

On the scoring play, Barkley took the handoff from quarterback Daniel Jones and leaned toward the right side of his offensive line before making a nifty cutback to the left to avoid Dallas safeties Malik Hooker and Donovan Wilson.

Barkley, who spent much of the summer telling whomever would listen that he was feeling at least as good physically as he did his rookie season after the last two years were marred by his 2020 knee injury, continued to back his words up.

According to the ESPN broadcast, Barkley’s running speed eclipsed 20 miles per hour as he approached the goal line.

Barkley, who was named the NFC Offensive Player of the Week after his virtuoso performance in the season opener when he rushed for 164 yards and a TD on 18 carries against the Titans, finished with 81 rushing yards and the TD on 14 carries. He also caught four passes for 45 yards.

The Barkley score was his second of the season and the first rushing touchdown yielded by the Dallas defense all season.

Unfortunately for the Giants, now 2-1, it didn’t turn out to be a play that helped them keep pace with the 3-0 Eagles in the NFC East. 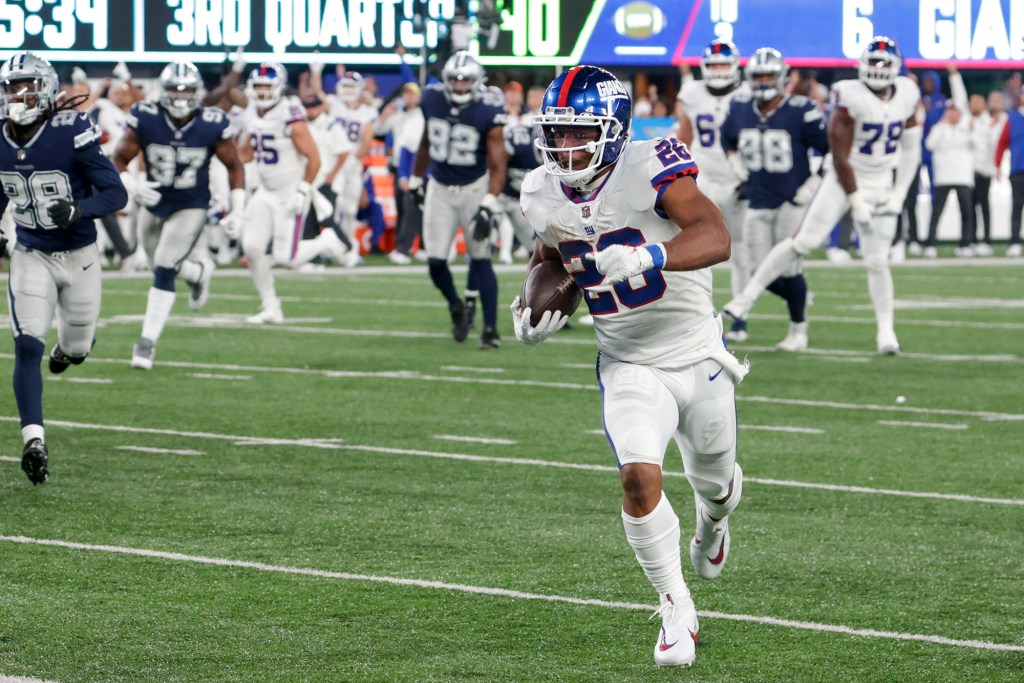 As good as Barkley was, the Giants offensive line couldn’t handle the Dallas front seven.

Jones was harassed all night by the Cowboys’ pass rush — particularly defensive end DeMarcus Lawrence, a notorious Giants killer, who had three sacks and three quarterback hits in the first half alone.

Lawrence was complemented by fellow defensive end Dorance Armstrong, who had a sack and two quarterback hits.

Jones, who was running for his life most of the night, was sacked a total of five times for 27 yards in losses. The Giants quarterback, mostly on scrambles, ran for 75 yards on seven carries.