While the Senate majority has already been decided, Warnock's victory in the last ballot box showdown of the 2022 midterm elections gives the Democrats a 51-49 margin in the chamber and a bit of breathing room in their razor-thin control of the Senate.

"Thank you, Georgia. We did it again," Warnock tweeted soon after his victory was projected.

And in his victory speech, the senator noted that "after a hard-fought campaign, or should I say campaigns, it is my honor to utter the four most powerful words ever spoken in a democracy – the people have spoken."

Walker, in a concession speech in Atlanta, emphasized that "we put up one heck of a fight."

For a second straight cycle, the final electoral fight took place in the crucial southeastern battleground state of Georgia.

Two years ago, the Democrats' sweep of the twin Georgia Senate runoffs gave them the majority. This time around, Warnock's victory gives his party something it hasn't had the past two years — control of committees, which gives Democrats the ability advance legislation and nominations more easily to the Senate floor.

CLICK HERE FOR THE ELECTION RESULTS FROM FOX NEWS 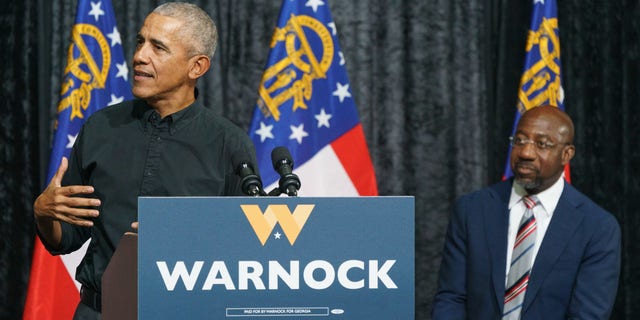 Former President Barack Obama, left, speaks during a campaign rally for Sen. Raphael Warnock, a Democrat from Georgia, in Atlanta, Georgia, on Thursday, Dec. 1, 2022. Obama returned to Georgia to campaign for Warnock in the closing days of the runoff election with Republican Herschel Walker. Photographer: Elijah Nouvelage/Bloomberg via Getty Images  (Elijah Nouvelage/Bloomberg via Getty Images)

"The answer is a lot," Obama highlighted as he answered his own question. "Let me break it down for you. An extra senator gives Democrats more breathing room on important bills. It prevents one person from holding out everything."

And Walker, in a Fox News interview over the weekend, emphasized that "by putting me in the Senate, all the committees would be even."

In a fundraising email to supporters, the former college and professional football star spotlighted that "the outcome of the Senate runoff in Georgia will — just like last election cycle — have critical national implications."

This year’s runoff was necessitated after Warnock led Walker by roughly 37,000 votes out of nearly 4 million cast in November’s general election. However, since neither candidate topped 50% of the vote required by Georgia law to secure victory, the race headed to a runoff. 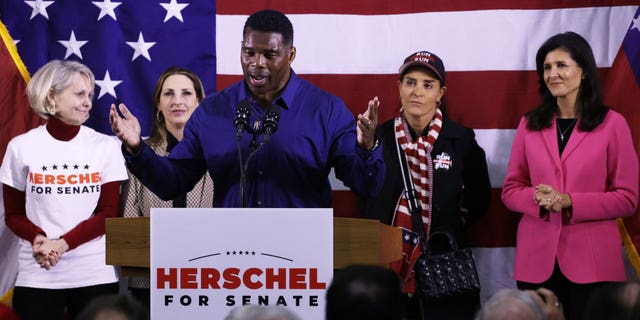 Nearly two million Georgians cast ballots in early voting that concluded Friday, according to state officials. Democrats aggressively pushed for their supporters to get to the polls to give Warnock a head start ahead of Election Day. Democrats pointed to early voting data that indicated high turnout in blue counties and congressional districts.

BIDEN AND TRUMP HELP WARNOCK, WALKER, BY STAYING OUT OF GEORGIA

Warnock, a ferocious fundraiser, dramatically out raised Walker in the runoff campaign. And the senator and allied Democratic groups out spent Walker and aligned GOP groups by a roughly two-to-one margin to run ads during the month-long runoff showdown.

Walker — a former college football legend who won a Heisman trophy and steered the University of Georgia to a national championship four decades ago — launched his Senate campaign in the summer of last year, after months of encouragement to run by former President  Donald Trump, his longtime friend. 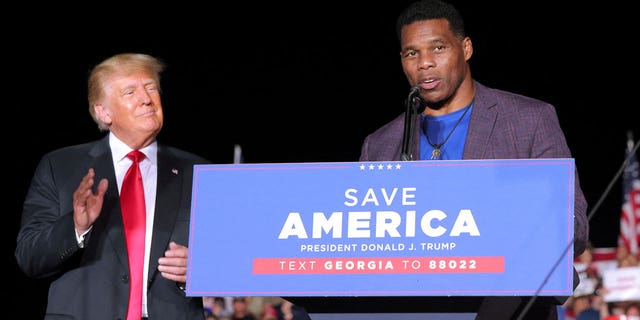 Thanks to his legendary status and immense and favorable name recognition in the Peach State, Walker instantly became the overwhelming front-runner for the GOP Senate nomination and basically ignored a field of lesser-known primary rivals as he easily captured the GOP nomination in May.

However, Walker quickly came under fire as the general election got underway.

Walker was heavily criticized both on the campaign trail and in ads over what Democrats call his numerous "bizarre or false statements," and also took fire over numerous reports that he overinflated the success of his businesses and academic record.

Even before he faced bombshell allegations in September and October that he had persuaded and paid for past girlfriends to have abortions — which Walker, who is a vocal opponent of legalized abortion, repeatedly denied — the candidate was forced to play defense regarding a number of other personal controversies, from the accusations of past abuse and threats against his first wife to acknowledging children he fathered out of wedlock whom he had not previously publicly mentioned, despite having criticized absent fathers for decades. 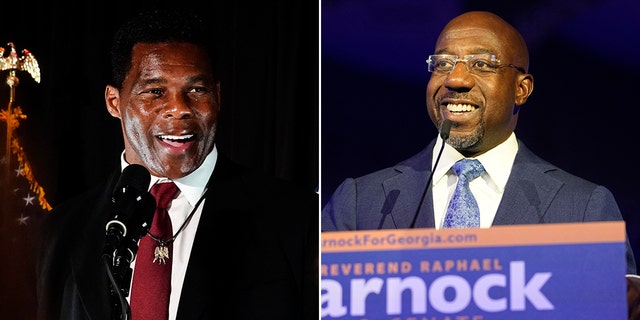 Democrats once dominated elections in Georgia, but the Peach State was reliably red the past two decades, until President Biden narrowly captured the state in the 2020 election, followed by Ossoff and Warnock's razor-thin victories two months later in the Senate runoffs.

However, Republicans swept this year's statewide elections in Georgia, led by GOP Gov. Brian Kemp's comfortable victory over Democratic challenger Stacey Abrams in a rematch of their 2018 showdown.