WASHINGTON – The Senate voted overwhelmingly Thursday to confirm the nationwide legality of same-sex and interracial marriage Tuesday — with 12 Republicans joining all Democrats in assent.

The 61-36 vote followed House passage of the bill in July with almost a quarter of lower-chamber Republicans voting in support. The bill must now go back to the House for final approval, which is likely to come next week.

President Biden intends to sign the law, which was motivated by fear that the Supreme Court could one day reverse itself and invalidate such marriages.

A bipartisan group of legislators pitched the bill after the Supreme Court in June overturned Roe v. Wade and returned abortion policy to the states, some of which all but banned the procedure.

The Supreme Court scrapped state bans on interracial marriage in the 1967 case Loving v. Virginia and legalized same-sex marriage nationwide in the 2015 case Obergefell v. Hodges — but the abortion ruling stoked concern that those precedents were at risk. 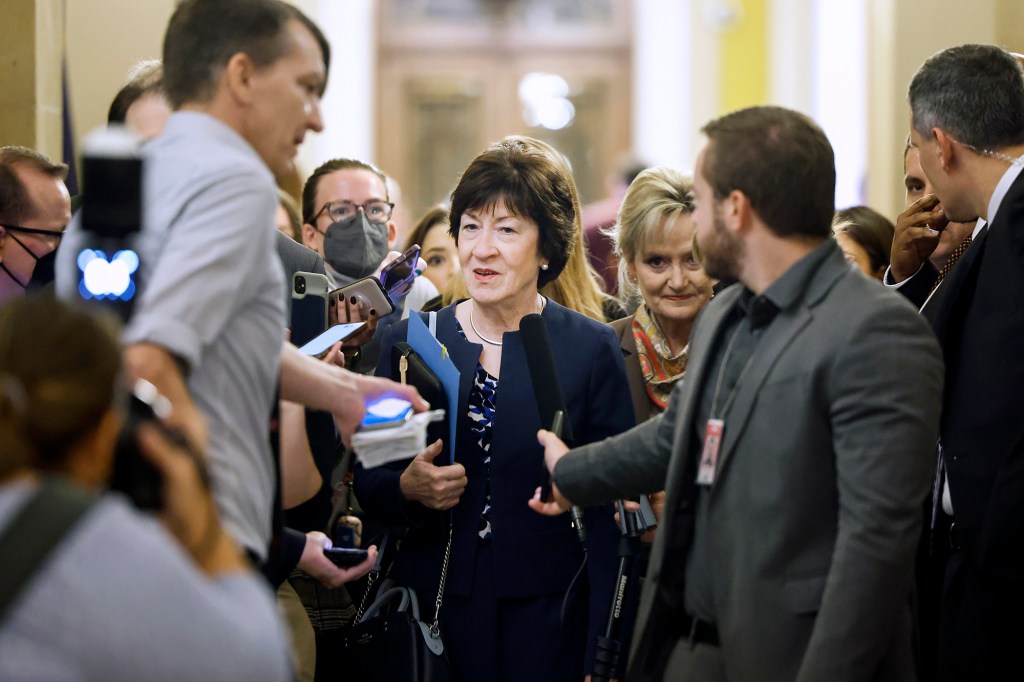 Sen. Tammy Baldwin (D-Wis.), the only openly gay or lesbian person currently serving in the Senate, said, “I want to recognize the millions of same-sex and interracial couples who have truly made this moment possible by living their true selves and changing the hearts and minds of people around this country.”

The legislation passed after the Senate defeated three other amendments intended to bolster legal protections for people that disapprove of same-sex relationships.

“This protects everything from the tax status of religious nonprofits to the accreditation of religious schools to the contracts between faith-based adoption providers and the government from being attacked using this bill,” Portman said.

“It ensures that nonprofit religious organizations including churches, mosques, synagogues, religious schools, and others to not be required to provide facilities, goods or services for marriage ceremonies or celebrations against their will.” 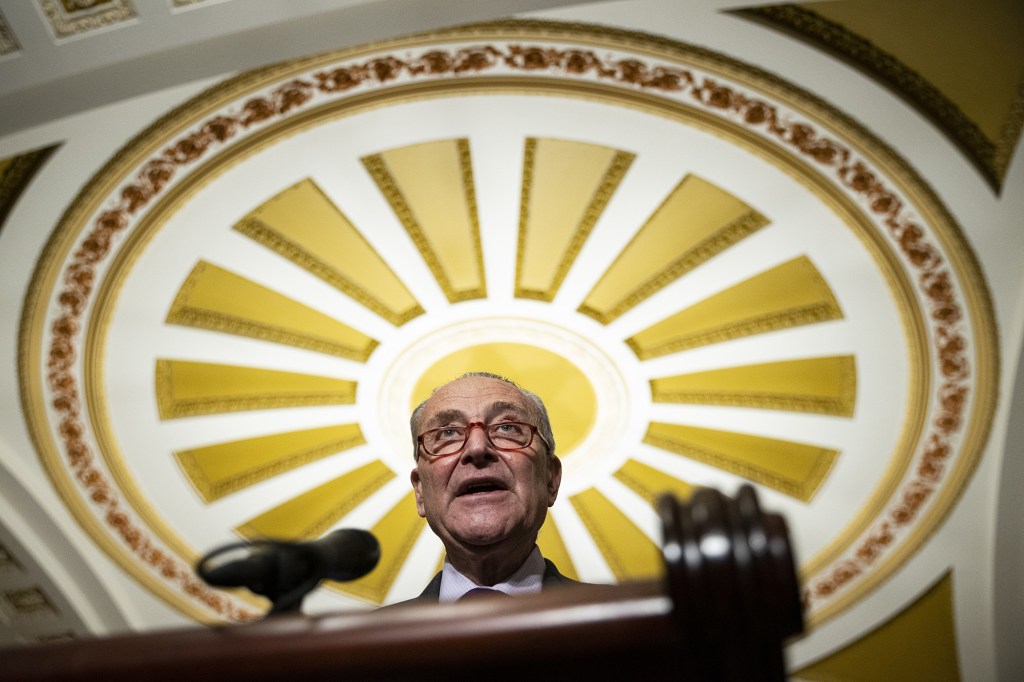 But Sen. James Lankford (R-Okla.) predicted “countless numbers of lawsuits” that would be “testing out the new limits of this law.”

While the bill requires states to recognize any marriage legally granted by another state, it still leaves room for states to choose whether they want to issue same-sex or interracial marriage licenses should the Supreme Court precedent be overturned.

The bill does not allow federal recognition of polygamous marriage and does not require nonprofit religious organizations to provide any ceremonial marriage services.

Some Republicans, including Sen. Marco Rubio of Florida, criticized the legislation as superfluous because the US already has the right to same-sex and interracial marriage in law through the Supreme Court decisions.

Rubio went so far as to tell a CNN reporter that the House passing its version of the Respect for Marriage Act on July 19 was a “stupid waste of time.”

Supreme Court Justice Samuel Alito’s majority opinion in the abortion case, Dobbs v. Jackson County Women’s Heath, accused dissenting justices of attempting to “stoke unfounded fear that our decision will imperil” other rulings that legalized the use of contraceptives, as well as gay and interracial marriage.

The majority opinion said, “to ensure that our decision is not misunderstood or mischaracterized, we emphasize that our decision concerns the constitutional right to abortion and no other right. Nothing in this opinion should be understood to cast doubt on precedents that do not concern abortion.” 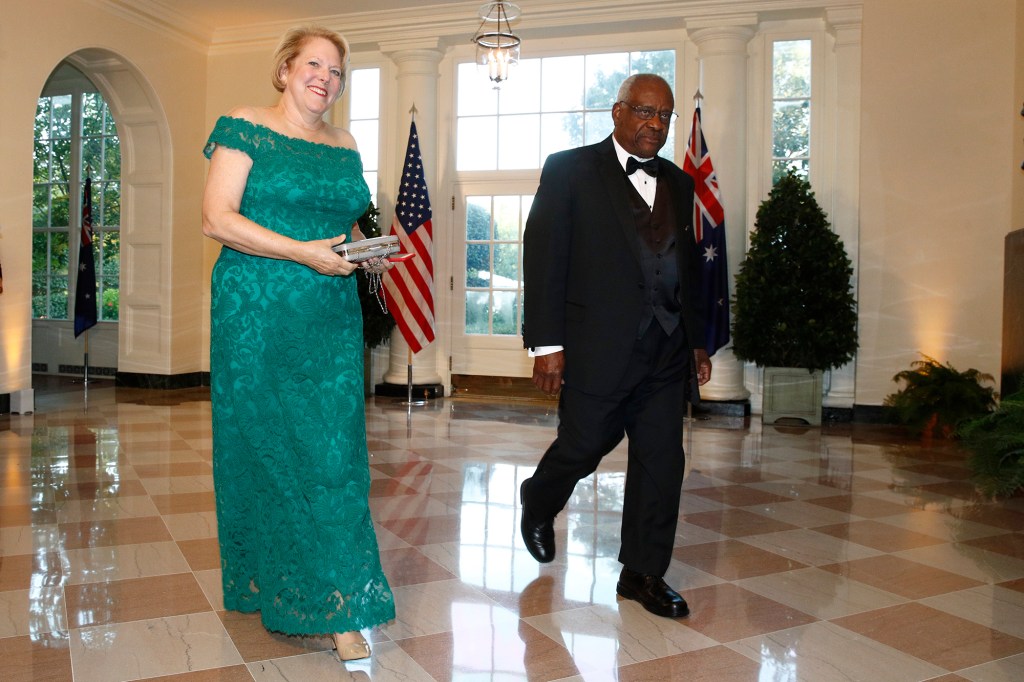 However, one conservative justice voting in the majority, Clarence Thomas, submitted a concurring opinion that said “in future cases, we should reconsider all of this Court’s substantive due process precedents, including Griswold, Lawrence, and Obergefell.” Thomas, who currently is in an interracial marriage to conservative activist Ginni Thomas, did not call on the court to reconsider the Loving ruling.

Same-sex marriage currently has overwhelming public support — with 71% of US adults being in favor, according to a Gallup survey released in June. However, there are significant regional differences and support for the policy was considered politically toxic just a decade ago.

Biden, as a senator, voted in 1996 to ban federal recognition of same-sex marriage. But as vice president, Biden in 2012 abandoned his opposition in what was seen as a possible gaffe that forced then-President Barack Obama to also drop his own “evolving” stance and support the reform.

Massachusetts in 2004 was the first state to allow same-sex marriage and the Supreme Court’s 2015 ruling in Obergefell ended a protracted struggle that included state and federal lawsuits, voter initiatives and state legislation. Former President Donald Trump, a Republican, was “the first president to start as president approving of gay marriage,” his adviser Kellyanne Conway said in 2019.