Zach Parise played alongside Simon Holmstrom in last year’s training camp and was impressed then. But when Parise walked into Northwell Health Ice Center this year, he noticed something different about the 21-year-old.

“It’s a lot of improvement,” Parise told The Post ahead of Monday’s preseason contest at Madison Square Garden. “This year, he seems a bit stronger on the puck. He’s always had the on-ice, head-up, making-good-plays awareness out there, so that’s never been part of his game that’s been lacking. He just looks like he’s more comfortable with the puck, making good plays, holds onto it really well.”

The Islanders came into training camp with their top 12 seemingly set in stone. Holmstrom, though, is challenging that assumption.

The 2019 first-round pick skated with Parise and Mathew Barzal in Monday’s preseason opener against the Rangers, as he has throughout camp thus far. After a career year with AHL Bridgeport last season, in which he scored 12 goals to go with 43 assists, he’s speaking of challenging for a roster spot — and no, it doesn’t sound like the mere rhetoric of training camp.

“I’m here to take a spot,” Holmstrom said Monday morning. “So is everyone else here. That’s the biggest thing. Take a spot and fight for it.” 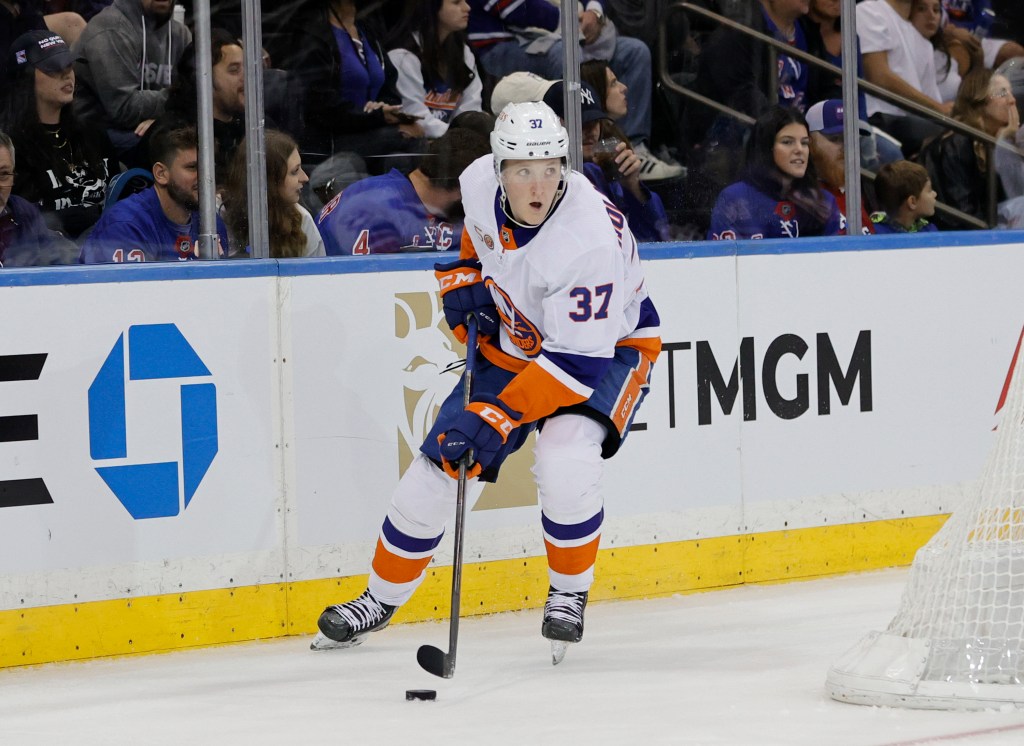 In the preseason opener, a contest in which the Islanders as a team were badly outskated in a 4-1 loss, Holmstrom earned praise from coach Lane Lambert. His line was the Islanders’ best, but it was Barzal driving the play and it was on a night where just about everything looked bad, including the power-play unit on which Holmstrom got a chance.

“I liked him,” Lambert said. “I thought he made some plays. He looked comfortable and poised. I thought he looked pretty good tonight. I thought he was one of our better players.”

Certainly, it figures that Holmstrom will get NHL experience this year in one way or another, even if it requires a midseason call-up. For a team like the Islanders, whose prospect cupboard is more or less bare, that is an encouraging sign unto itself.

If it turns out that Holmstrom can provide an answer to the riddle of who works best playing next to Barzal, all the better.

“It got better, for sure,” Holmstrom said of his chemistry with Barzal and Parise. “We only practiced two or three times together. Hopefully it’s getting better and better and we get more chances together.”

A native of Tranås, Sweden, Holmstrom struggled through his first two years in Bridgeport with just 22 points between them. Last season, the first season Holmstrom had in North America that wasn’t drastically affected by the pandemic, something clicked.

If Holmstrom does indeed challenge for a spot in the starting lineup, it would likely come at the expense of Oliver Wahlstrom or Kieffer Bellows. Bellows has been skating during camp with Brock Nelson and Anthony Beauvillier; Wahlstrom with Jean-Gabriel Pageau and Anders Lee. When the dust settles, though, it would be hard to shoehorn more than one of the three into the top 12 on Oct. 13. 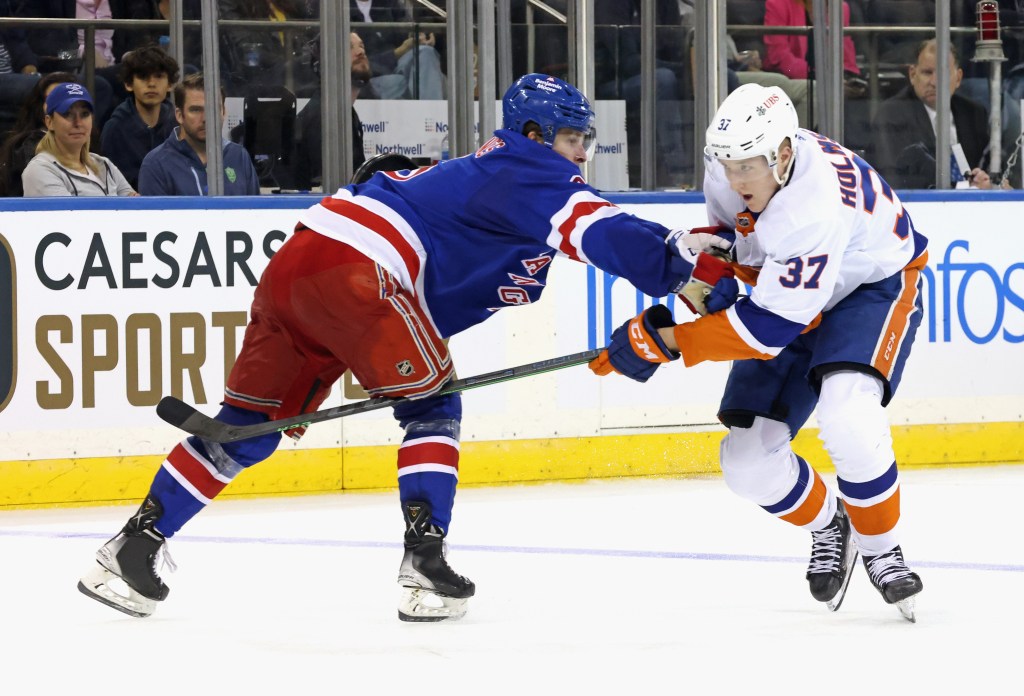 That will work to Holmstrom’s disadvantage, as he’ll need to displace players with NHL experience. The more ready he looks, though, the more compelling the case gets.

“He’s got a long reach,” Parise said. “He can hold the guy off in battling for a puck in the corner. He can hold you off with one arm and keep that puck out there. To me that’s a thing that really stuck out. And then he’s got a good ability to make plays in tight spots and traffic. Those are good skills to have.”

As for the question of whether Holmstrom is indeed NHL-ready, the next two weeks will provide the answer.