This influencer’s in the doghouse with her followers.

Kajal Kiran, whose Instagram following exceeds 121,000 users, has issued an apology to fans and animal lovers everywhere after being forced to admit she’d kicked a dog — and filmed it.

India Today reported on Wednesday that the since-deleted reel depicted Kiran with a smile, laughing as she abused the animal. The footage has reportedly been reposted on social media, sparking recent backlash.

“How can you be so insensitive towards these voiceless souls,” tweeted Vidit Sharma, founder of Save a Stray, an India-based animal welfare organization.

Kiran uploaded a video on Wednesday to express her remorse for sharing the “cruel act,” which occurred in the “heat of the moment,” she said.

“I regret my actions and didn’t realize the gravity at that point of time. I vow to not harm any animals,” she concluded. 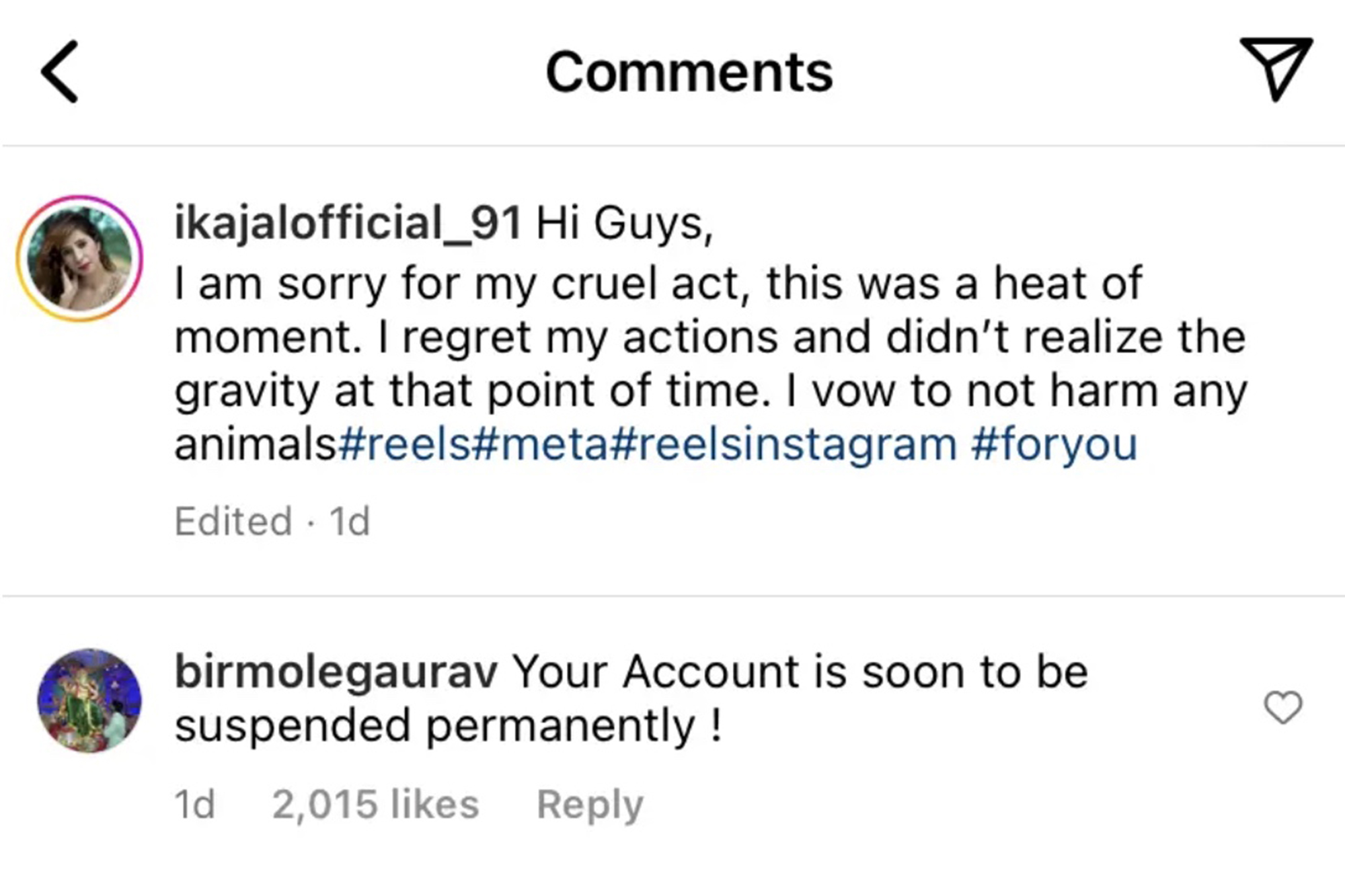 Wednesday’s apology video on Instagram has since had its comments section shut off.

On Wednesday, she shared two more posts that appear to depict her feeding stray dogs.

According to Insider, the account also features additional videos of Kiran feeding dogs in an attempt to rehabilitate her image.

Another animal advocate responded to Save A Stray’s Sharma with images of a Mumbai high court complaint over Kiran’s alleged abuse. “Everyone are requested to kindly tag @MumbaiPolice to escalate the same,” they added.

India Express reported that their government protects dogs under the Prevention Of Cruelty To Animals Act.