Enter the Smithsonian's National Museum of American History in Washington, D.C., later this week, and you'll be greeted by two friends: C-3PO and R2-D2, as they appeared in "Return of the Jedi."  When asked how visitors react to the "Star Wars" pair, Smithsonian curator John Troutman replied, "Well, I can describe my reaction: Stunned!  These are essential characters in my life. They have deeply impacted my soul."

The droids are part of the Smithsonian's new exhibition "Entertainment Nation/Nación del espectáculo," a bilingual examination of 150 years of U.S. history through its music, sports and moving images. 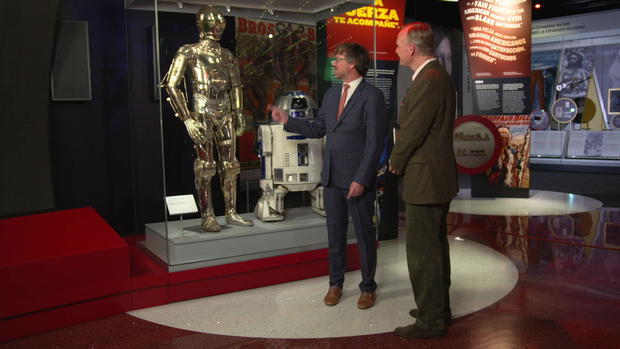 These are the droids they're looking for: Smithsonian curator John Troutman and CBS News' John Dickerson with C-3PO and R2-D2. CBS News

CBS News' John Dickerson asked, "In our larger American story, what do you think Star Wars did for us?"

"That's a great question," Troutman said. "And I think that it was top on the mind of George Lucas, He had begun writing the first film in 1973, and of course in 1973 a lot was happening in the United States. The U.S. was still deeply involved in the Vietnam War. He was concerned about the future of the republic."

Even our escapes from history are a part of our history, said museum director and historian Anthea Hartig: "Popular culture tells us many things about ourselves – who we want to be, how we treat our children, and how we treat our elders."

And sometimes, the more than 200 different objects speak with each other. Artifacts from "Star Wars" and Roots," which were both released the same year, show how America could be captivated by both fantasy and brutal reality.

Not all of the objects at the Smithsonian are challenging; many are just a delight. There's Mr. Rogers' sweater, the signpost from "MASH," and puppet Howdy Doody.

Others are trophies of triumph (Oprah's gold-plated microphone; Billie Jean King's "Battle of the Sexes" tennis outfit; a baseball autographed by Jackie Robinson), and objects of genius (like Prince's guitar, displayed alongside a hands-on replica).

Music curator krystal klingenberg said the yellow guitar was white in the film "purple rain," and was repainted repeatedly to match prince's ever-changing looks. "The guitar has seven layers of paint … a variety of colors," she said. 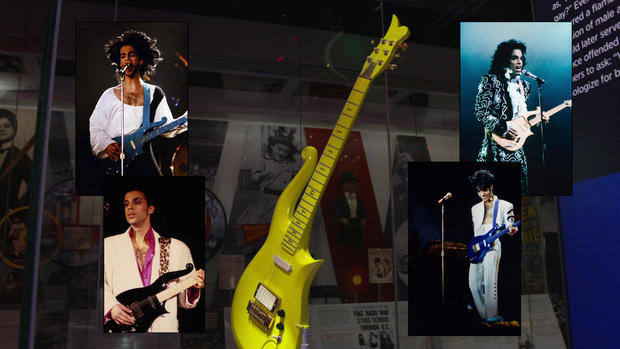 "Prince is a fascinating character who really married not only the mystery and the sexuality of the rock star, but also the virtuosity of the composer and of the musician," Klingenberg said. "There's something about seeing the real deal in front of you that can transport you in time and space."

And even help visitors imagine what might have been. Included in the collection is the outfit Selena wore to the 1994 Tejano Music Awards, a year before she was murdered in 1995 at age 23, at the height of her career, by the founder of her fan club. "Selena becomes not only this story of incredible talent and promise, but also the tragedy of all that promise gone too soon," Klingenberg said. 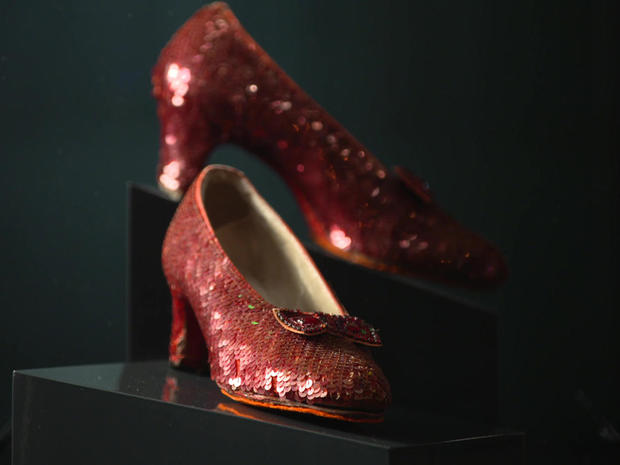 No item speaks to visitors more than the Ruby Slippers worn by Judy Garland in the 1939 MGM classic, "The Wizard of Oz."

Troutman said, "We see people crying when they see them, because they're very meaningful to them in childhood, perhaps, or because they're just so invested in the story as well. And when they were temporarily placed off-display for a few months this year as we were building the new exhibition, all havoc ensued: Where are the Ruby Slippers? Why aren't they on display right now? But fortunately, now they are on display – for 20 years!"

By then, many of the visitors will need a parent or grandparent to explain why certain items are so important, to explain how simple objects could unlock a kid's imagination about what he might do in the future. 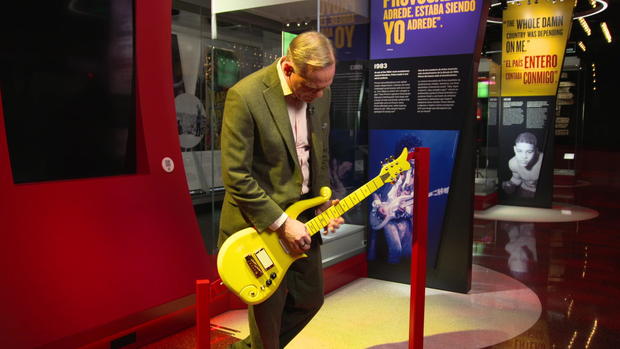 John Dickerson reports for 60 Minutes as a correspondent and contributes to CBS News election specials. Prior to that, he was the co-host of "CBS This Morning" and served as CBS News' chief Washington correspondent and anchor of "Face The Nation." Dickerson is also a contributor to Slate's "Political Gabfest", a contributing editor to The Atlantic, and the author of "On Her Trail" and "Whistlestop: My Favorite Stories from Presidential Campaign History."