"Saturday Night Live" is back after a weeklong Thanksgiving hiatus, with actress Keke Palmer hosting the Dec. 3 episode alongside musical guest SZA.

"I’m so excited to be in New York," Palmer said, opening the show. She later called New York City "the best city in the world."

During her opening monologue, the 29-year-old actress, who most recently starred in Jordan Peele's blockbuster sci-fi thriller, "Nope," said it was Sagittarius season before quipping: "For those who say astrology isn’t real, I just say how’s that crypto going?"

Palmer shared she started acting at nine years old, debuting in "Akeelah and the Bee" alongside Laurence Fishburne. 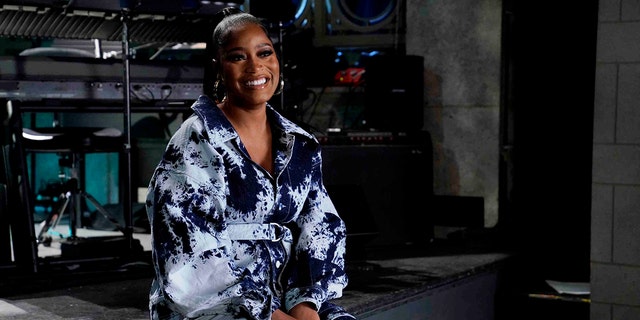 Palmer recalled one incident where she laughed during a scene that was supposed to be serious, prompting Fishburne to yell at her. She said her mother then "went off on him."

During the segment, Palmer also addressed internet pregnancy rumors. Opening her overcoat to reveal that she is indeed expecting, Palmer said: "This has been the biggest blessing. I am so excited, I want to be a mom!"

The 29-year-old actress then joked about growing up and storming the Capitol on Jan. 6 as "things adults do."

She also reflected on making her "SNL" debut and how she would be on the show.

"I asked myself, who will you be?" Palmer said, before mentioning she could be like Maya Rudolf, Eddie Murphy, or a "Kristen Wiig-type" before priding: "Baby, I know who I am, I am Keke Palmer." 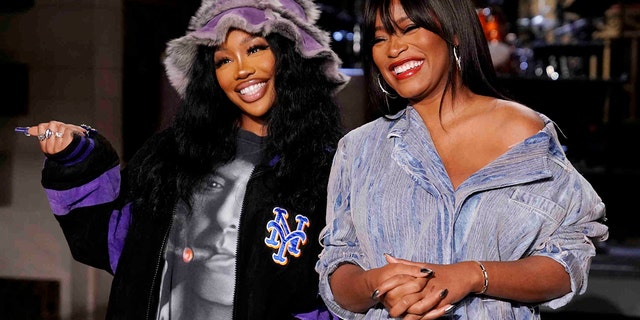 "SNL" opened with a segment about Herschel Walker’s Georgia runoff Senate race, with Kenan Thompson reprising his role as the Republican candidate.

"Hey there Mr. McDonald’s, sorry I was late I was having too much fun in that free Merry-Go-Round," Thompson’s Walker started.

Walker was cartoonishly depicted, misinterpreting or misunderstanding most things.

When the GOP leaders discussed current polls and mentioned vote-by-mail, Walker chimed: "You got to remember, they still got to count votes by female."

Responding to a comment about the runoff election, he said: "Oh well I’m good at those, my ex-wife said all I do is run off."

The skit included the Republican leaders asking Walker if he had any hidden scandals that could be revealed in the coming weeks.

"Yes, definitely, so many," Walker responded. "Where do I start?"

Walker then suggests he paid for an abortion at the "planned parent trap." 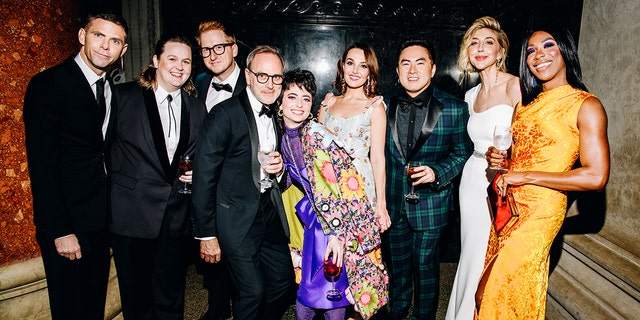 As Walker continues to say things that could derail his campaign the Republican leaders discuss executing "Plan B," which is revealed to be locking Walker up "until Election Day."

On Biden's recent signing of a bill that bars union workers from striking, Colin Jost joked that the president does not care if workers get paid sick leave "because he wakes up every day with full-blown CTE."

The "SNL" cast returns on Dec. 10, with alums Steve Martin and Martin Short serving as hosts. The episode will have Brandi Carlile as a musical guest.