The Mets kick off their postseason Friday night — and Starling Marte and Francisco Alvarez will be along for the wild-card ride.

The injured outfield and rookie slugger are on the 26-man roster for the opening round against the Padres, The Post’s Joel Sherman confirmed on Friday.

Marte, working his way back from a fractured right middle finger, participated in baseball activities on Thursday. He hasn’t played in a month, though the Mets seem to believe he can contribute against the Padres. 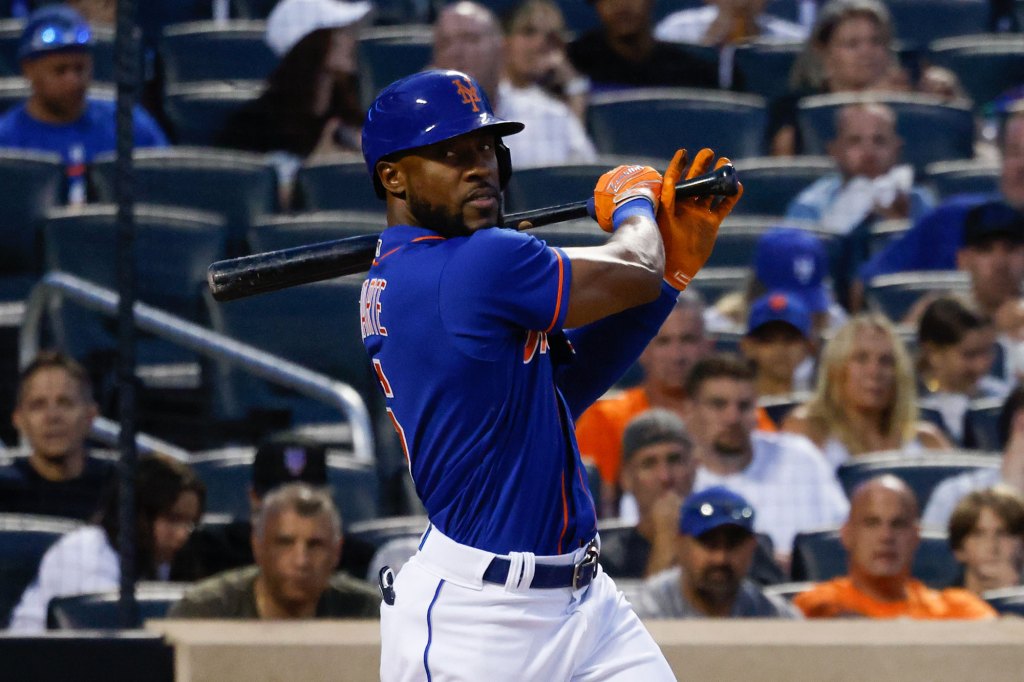 “He can grip things,” GM Billy Eppler said Thursday. “We’re still waiting and see how he comes along.”

Alvarez, 20, showed plenty of power in the Mets minor league system this season, and hit his first MLB homer on Tuesday. He seems to have passed his late-season audition, despite some struggles.

With Marte, Alvarez and Darrin Ruf on the wild-card round roster, the Mets did not include Mark Vientos or Tyler Naquin. The team also left off Carlos Carrasco, Taijuan Walker and Trevor Williams, placing an emphasis on relievers over hurlers with recently starts.

In all, the Mets will carry 12 pitchers and 14 position players for the wild card round.