Crew members at the Tamron Hall show say the production is not doing enough to protect them from COVID-19.

They say some production staffers who tested positive for the virus or who were exposed were instructed to stay home. But crew members who spoke to BuzzFeed under the condition of anonymity said higher-ups are more concerned that the show, now in its second season, continues being produced than the safety of the staff.

“Instead of playing it safe and telling everyone not to come in, they told us all to come in because it was more important for them to get that show in the can than to be upfront with us,” a production staffer told BuzzFeed. “It felt really shady, and it felt like we weren’t working for human beings. It felt like we were working for robots who just wanted to get the show on the air.” 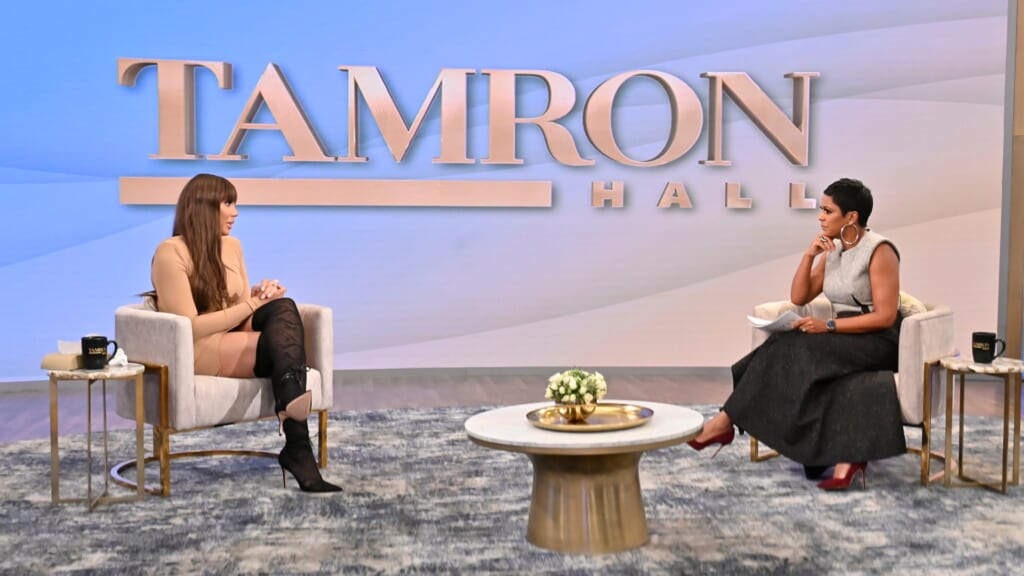 On Oct. 28, a show executive sent out an email alerting the crew that multiple staffers had tested positive and that those who “may have had close contact with these individuals” are now instructed to quarantine. The remaining crew members stayed at work until Hall herself told them they could go home.

ABC released a statement saying that several members of the production staff have tested positive but they say they are following the necessary guidelines.

“We followed company protocols, state and local guidance, and CDC guidelines and had all positive cases isolate at home and any employee identified through contact tracing quarantine at home for 14 days.”

Crew members added that at other shows in production there is daily testing. But at Tamron Hall, they say only those that work close to her are tested daily.

“We all felt everyone should be tested from the get-go, but they only wanted to test people who were in close contact with Tamron, which didn’t make much sense considering we were all in the same room with each other,” added a crew member.

Crew members say they feel stuck between a rock and a hard place because they don’t want to be out of a job but they also want to be safe. One of them adds that they feel like their choice between being safe or working is being made for them.

“I’ve put myself in some horrible positions, and I’ve given up a lot for this business, healthwise and socially. But I’ve always been the one to make that choice for myself.”

Andujar Oliver about the penalty in favor of Atletico Madrid: Arbela missed Suarez. He fell himself
Loko returned Shchigolev to the post of head of the academy. He worked in the RFU
Napoli gave Milik to Marseille on loan for 1.5 years with a mandatory buyout for 8+5 million euros
Liverpool have 34 points in 19 matches - the worst result since the 2015/16 season
Klopp on 0:1 with Burnley: A real punch in the face. Losing this match was not easy, but Liverpool could
Atletico leads Real Madrid by 7 points in La Liga and has a game to spare
Liverpool do not win 5 matches in the Premier League in a row. Klopp's team repeated the worst streak in 4 years
Source https://thegrio.com/2020/11/26/tamron-hall-covid-outbreak-show-before-safety/

VOA Our Voices 307: An Income from a Digital Economy

The Bernie Sanders meme is now a $45 sweatshirt

Thursday Night Owls: You-know-who is gone, but authoritarian foundations are still in place

The U.S. to join COVAX

Analysis: Executive orders aren't a solution. They're a symptom

Tucker Carlson: Biden cancels Keystone Pipeline, opens the border and shows who he really is

Banished by Trump but Brought Back by Biden, Fauci Aims to ‘Let the Science Speak’

UConn pulls away from Tennessee late to win

Obama praises Biden's executive order blitz: 'This is a time for boldness'

Nets’ defense needs fixing after being torched by Cavs

Tom Brady, Aaron Rodgers the center of attention ahead of NFC Championship

'No Time to Die,' the new James Bond film, is delayed once again

What's playing at the drive-in: 'The Marksman,' 'Mean Girls' and more

Westbrook sparks No. 3 UConn to win over No. 25 Tennessee

Biden's DOJ must confront what to do with outstanding cases in which it is defending Trump. The first test could come Friday.

The Standard Hotel Closing Its Sunset Strip Location On Friday

Lil Wayne thanks Trump on Twitter for pardon before leaving office

'Go back to where you came from': Cricket fan details allegations of racial abuse by staff and supporters

Biden's DOJ must confront what to with outstanding cases in which it is defending Trump. The first test could come Friday.

Judge denies release to alleged rioter who returned for inauguration

Forced to vacate the Capitol, National Guard soldiers are now sleeping in a parking garage.

Illinois awards $31 million in grants funded by pot taxes for violence prevention, reentry and development in areas hurt by the war on drugs