A Texas woman who allegedly scammed her online boyfriend from Indiana out of $1.2 million visited casinos in Oklahoma more than 300 times over a two-year period, a report says.

"Sadly, this is a case in which the victim’s heart was in the right place and the alleged perpetrator took advantage of that," the station quoted Eaton as saying.

Court documents revealed that Rew met the New Palestine man on social media and the pair began a relationship, during which the man sent her $1.2 million between October 2020 and February of this year, according to Fox59.

FBI RAISES FLAG ON ELDER FRAUD AFTER THOUSANDS OF RETIREES ARE SCAMMED OUT OF $1.7 BILLION 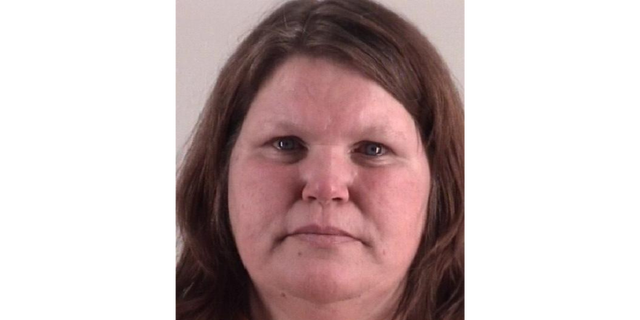 Lorraine Marie Rew, 46, allegedly scammed an older man she met online out of over $1.2 million, of which was spent on Oklahoma casinos, a report says. (Hancock County Police Department)

Rew reportedly told the victim she needed the funds to pay for her daughter’s surgical procedures and prescriptions, along with heart medications for herself, the station said.

The man used his personal IRA, bank accounts and other savings to get Rew the money, with Rew claiming her insurance would reimburse her later after paying upfront, allowing her to repay him, Fox59 reports.

But a postal inspector found no record of Rew using the money for medical purposes and neither the Fort Worth woman nor her daughter had accounts with a local hospital, according to Fox59.

Instead, investigators found out that Rew was using the money to finance her lifestyle, which included 167 visits to one Oklahoma casino and 157 to another during a two-year period, the station reported.

Rew is currently being held at Tarrant County Jail in Texas and prosecutors are working to extradite her back to Indiana.

Greg Norman is a reporter at Fox News Digital.