Former Disney Channel heartthrob and song-and-dance man extraordinaire Zac Efron should be a much bigger star than he is, though maybe it’s better this way: those of us who love him can be happy whenever he shows up, without having to worry about Efron overkill. In Peter Farrelly’s Greatest Beer Run Ever, Efron plays Chickie Donohue, a young Merchant Mariner from the Manhattan neighborhood of Inwood who, circa 1967, treks to Saigon and beyond to deliver cans of American beer to his neighborhood buddies fighting in the Vietnam War. The ludicrousness of the journey is the whole point: Chickie, along with his pals at home, thinks his soldier friends are fighting for a noble cause. That has sparked some friction with his anti-war-protester sister (played by Ruby Ashbourne Serkis); like plenty of people at the time, Chickie hasn’t grasped that being anti-war doesn’t necessarily mean you’re anti-soldier, and he feels the need to step up and show his support for his buddies in a big way. So the local bartender known as the Colonel (Bill Murray) loads up a duffel bag with Pabst Blue Ribbon, and Chickie signs up for a merchant ship headed for Vietnam, talking his way through war zones with guileless charm.

It all sounds just crazy enough to be a true story, and basically, it is. There was a real-life John “Chickie” Donohue who made such a run, and four of the buddies to whom he delivered warm brewskis survived the war—reportedly, the guys still get together regularly for dinner. But just because a movie is based on a true story doesn’t mean you have to fully buy it: The Greatest Beer Run Ever, now on Apple TV+, isn’t terrible, and it’s hardly great. But the worst thing you can say about it is that it’s almost as dreamily clueless as its hapless hero is. On the one hand, Chickie is so well-intentioned that it’s hard not to feel warmly toward him. On the other, in stupidly planning one of his surprise visits, he nearly gets one of his buddies killed. You begin to think this guy is really sort of a jerk. 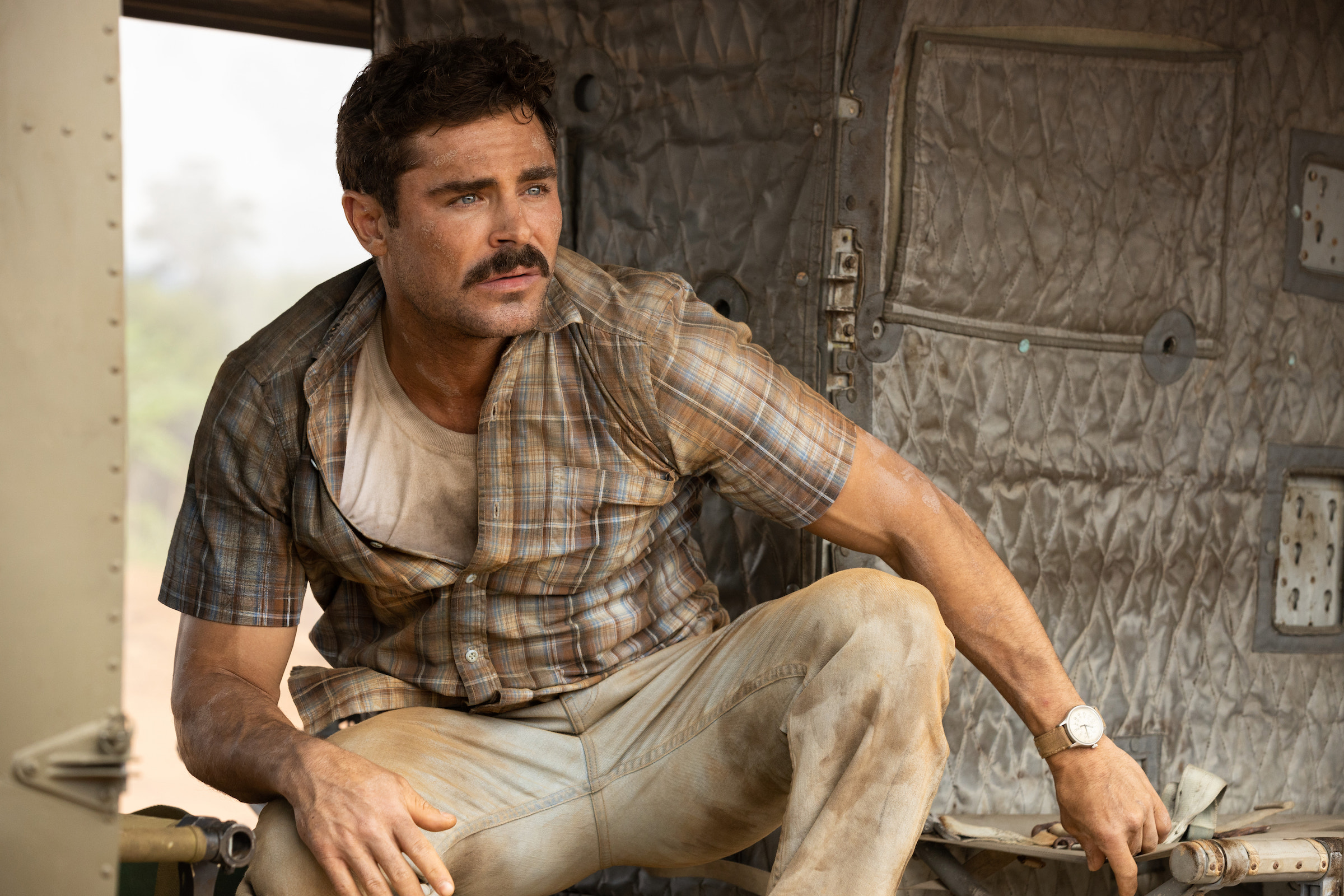 Zac Efron, from clueless to conscientious in 'Beer Run'

But then, it’s Zac Efron we’re talking about. The Greatest Beer Run might have been a total disaster with any other star, but Efron—sporting a Tom Selleck-style mustache and looking perfectly affable in his dorky plaid shirts—manages to keep the movie on track with sheer laid-back charisma. One of the movie’s recurring jokes is Chickie’s ability to slip into heavily restricted war zones because the Army higher-ups think he’s CIA. (It must be those dorky plaid shirts.) It’s a joke until it’s not—at one point he runs afoul of a real CIA agent who’s just done something nefarious, and that endangers Chickie’s life. But of course, he escapes, and manages to keep delivering those beers. His dauntless bonhomie also wins over a crusty war correspondent, Russell Crowe’s Coates. And eventually, he becomes hip to the grim reality of this particular war and its ruthlessness. “This ain’t a war no more,” he tells Coates, wide-eyed as a lemur. “It’s mass murder.” Coates replies solemnly, “That’s what war is, Chickie. It’s one giant crime scene.”

Cornpone like that abounds in The Greatest Beer Run. (The script is by Farrelly, Pete Jones, and Brian Hayes Currie.) Still, to hold this movie up as any kind of mortal sin against filmmaking is both silly and unfair. Farrelly made his name directing open-hearted, if crude, comedies with his brother, Bobby Farrelly, pictures like Dumb & Dumber and There’s Something About Mary. In 2018, he attracted a great deal of ire with Green Book, another movie based on a true story, that of a trip taken by jazz pianist and intellectual Don Shirley (played by Mahershala Ali) with his white bodyguard Tony Lip (Viggo Mortensen) through the Jim Crow-era South. The movie won three Oscars—Best Original Screenplay, Best Picture and, for Ali’s performance, Best Supporting Actor—though by the time the awards were given, the film had already angered many viewers over what they saw as its racist overtones. One claim was that Farrelly had failed to consult with Shirley’s surviving relatives and had basically highjacked a Black man’s story for his own cheerful aims, with the goal of making white folks feel good about themselves. 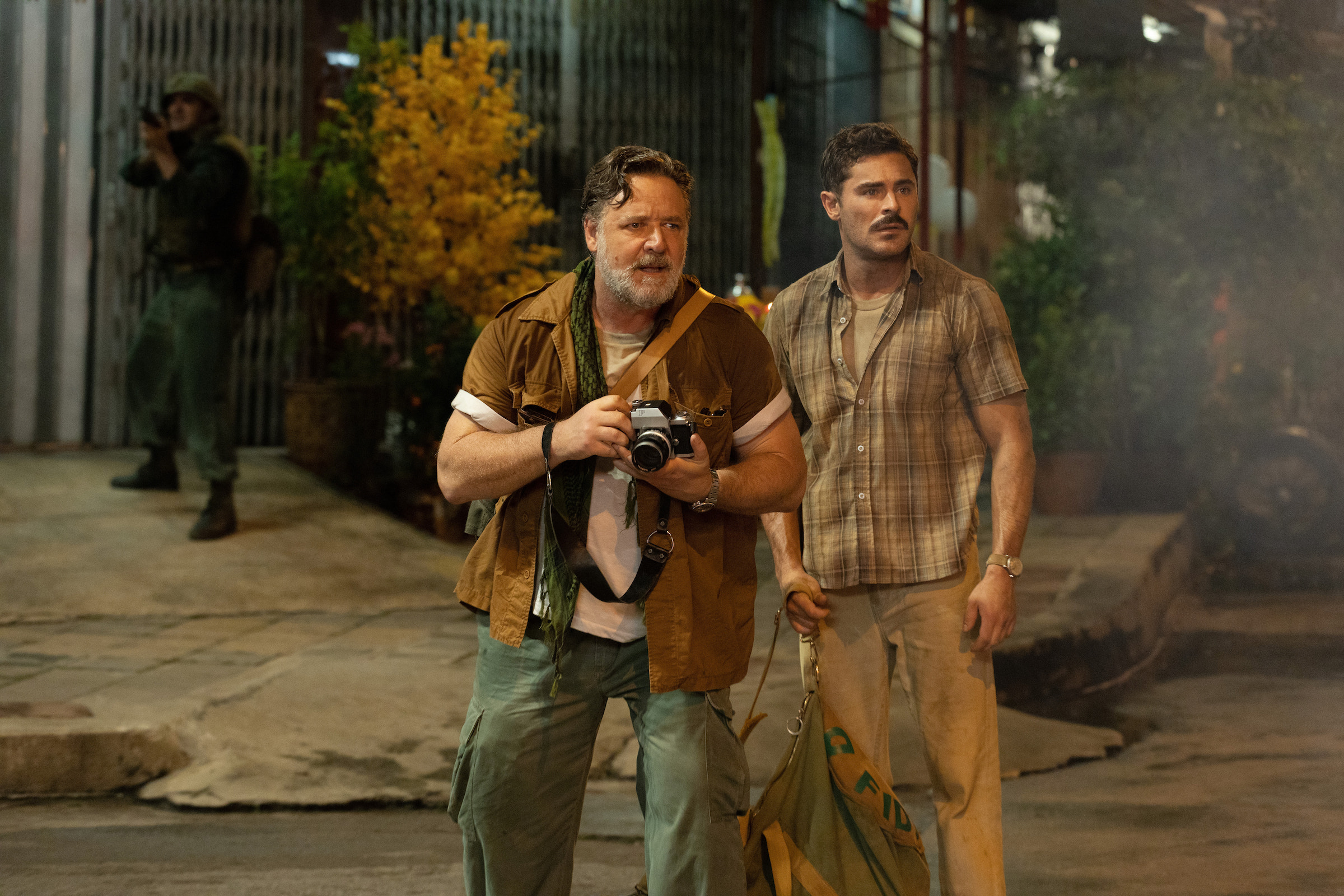 There’s some validity to the idea that Green Book’s casual feel-goodism could be read as nostalgia for the good old days of rigid Black-and-white divisions. But that doesn’t track with Farrelly’s past work: the movies he made with his brother used crass humor to locate the best qualities in human beings. If his approach in Green Book was misguided, it’s harder to make the case that it was an act of racist calculation. The Greatest Beer Run Ever betrays a similar naivete. Farrelly’s great sin here is that he just wants to tell a nice story about a guy who did a crazy thing and learned some valuable lessons in the process. It doesn’t fully work, but it’s not a crime against humanity. And Efron carries the whole thing ably on his shoulders. His Chickie is a goofball loser at the beginning and a believably conscientious citizen by the end—the earnestness in Efron’s eyes guarantees it. “Less drinkin’, more thinkin’,” is his new ambition, as he tells his sister. It’s all totally absurd. But plenty of real-life people have done stupider things and lived to tell the tale.