The ludicrous plot against Fauci

(CNN)Since 1984, scientist and physician Anthony Fauci has led America's response to infectious disease, saving countless lives and gaining the world's gratitude as he advised five prior presidents. Now, as America's coronavirus pandemic death toll passes 135,000, a sixth president needs Dr. Fauci and his expertise. Instead, aides to President Donald Trump are trashing Fauci, apparently setting him up for bureaucratic assassination. 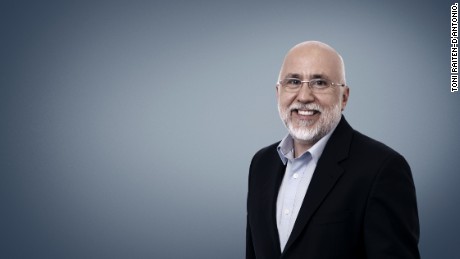 In another time, press reports on the plot against Fauci would spark incredulity. Who would order officials to talk smack about America's top germ-fighter when we need him most? On this day, as the Washington Post reports that its count of Trump's false and misleading statement passed the 20,000 mark, the logical answer is: The President, of course.
As anyone who watched Trump closely understands, he has a habit of attacking those who have tried to serve ethically in tough federal jobs or setting them up to be blamed at an opportune moment. He has done it to former Attorney General Jeff Sessions, former Defense Secretary James Mattis, former Secretary of State Rex Tillerson, former Chief of Staff John Kelly and others. In every case the Trump's goal seems to be to avoid responsibility and explain away a failure.
The campaign against Fauci is following the Sessions model. Sessions, you will recall, tried to deal with the investigation of Russia's attack on the 2016 election, which benefited Trump, in a straightforward way by recusing himself from the inquiry. This caused the President to criticize him openly, and repeatedly, until eventually firing him.
Like Sessions, Fauci has tried to do his job as a scientist, elevating his discipline above his self-interest. The trouble here is that when science has contradicted the President, Fauci has kept faith with science. Whether it's testing, over-hyped treatments, or the country's response to the pandemic to date, he hasn't been afraid to speak truth to power.
Having chosen a life-saving mission over the President's happy talk, Fauci has found himself marginalized. No longer a regular presence when the administration briefs the press, he said he hasn't briefed the president in two months. Last Friday, Trump seemed to signal a campaign to discredit Fauci when he told Fox News talk host Sean Hannity, "Dr. Fauci's a nice man but he's made a lot of mistakes."
After Trump's dig, his aides went to the media with a list of statements that the head of the National Institute of Allergy and Infectious Disease had made and later revised. For example, in March, when the US had recorded few cases, Fauci said the virus was "not a major threat" and that "people should not be walking around with masks." The catalogue of "sins" circulated to journalists was offered anonymously, and resembled the kind of opposition research used to frame political attacks (The White House insisted on Monday that it was not trying to discredit Fauci, while Trump stated that the two had a very good relationship).
Missing from the whisper campaign is the fact that Fauci's statements were made long before much was known about the virus. He would soon change his position, warning that coronavirus was a major threat to public health and urging Americans to adopt a series of practices, like mask-wearing and social isolation, to slow the spread of the virus. In the meantime, the President who had refused to be seen wearing a mask until recently, spoke of the virus magically disappearing and advocated for unproven treatments and gathered thousands at a campaign rally in defiance of public health advice.
Note the difference between Fauci and Trump: One man, a dedicated public servant, offered his best analysis and, when new data emerged, corrected himself without hesitation so that lives might be saved. The other dug in to a don't-worry-about it position and has refused to budge as the passing months have led the US to become the leading global hotspot.

Just as the pandemic has revealed Trump's tragic limitations, his abuse of Fauci confirms the President's deep character flaws. Fauci's lifelong devotion to science has been guided by a commitment to facts and a focus on helping others. Trump's lifelong devotion, on the other hand, has been to himself. This has led him to consistently deny facts that conflict with his ends, while he seeks credit for all that is good and blames others for everything that goes wrong. Along the way he keeps a mental scoresheet, noting who places Trump above all else, and who might value, say, human life more.

On the day when Trump spoke to Fox News host Sean Hannity about Fauci's "mistakes" the President used his constitutional power to commute the prison sentence of his longtime buddy Roger Stone. Convicted of felonies then committed to protect Trump, Stone's crimes included obstruction of justice, witness tampering, and lying to protect his friend. That Stone was protected by the President while Fauci is being undermined says all you need to know about Trump's priorities, values, and character.

Mammana about moving to Sochi: I will Try to achieve a lot with this great club
Chakyr should not have counted Langle's goal. Ex-referee Andujar Oliver on the Barcelona-Napoli match
Lampard on Chelsea's challenge for the new season: we Don't want to limit ourselves to fighting for the top 4
Lewandowski scored his 66th goal in the Champions League and moved to 4th place, ahead of Benzema. To Raul's 5 goals
Barcelona and Bayern have won the Champions League 10 times. 6 other participants of the 1/4 final of 0 cups
Gennaro Gattuso: Napoli fell asleep for half an hour and gave Barca victory. We dominated and hit more often
Lewandowski finished off Chelsea: 2 goals and 2 assists. His statistics this season are more than space
Source https://edition.cnn.com/2020/07/13/opinions/fauci-trump-white-house-dantonio/index.html?utm_source=feedburner&utm_medium=feed&utm_campaign=Feed%3A+rss%2Fcnn_latest+%28RSS%3A+CNN+-+Most+Recent%29

Another day, another struggle for Tiger at PGA Championship

The Latest: Michigan State LB and OL opt out of season

COVID-19 rocks the Rockettes — but just wait till next year!

Whitmer met with Biden as he nears VP decision: AP

'We came out swinging': Tigers blast 4 HRs in 5-run first to plaster Pirates 11-5

Toews, Blackhawks into playoffs for first time since 2017

Mickelson fizzles on course, wows in booth at PGA

A deflated croissant - that's how our solar system looks like: NASA

NYPD searching for man accused of exposing himself on subway

The Latest: Morikawa, DeChambeau move into contention in PGA

Puncher's chance: Fighting is up during unique NHL playoffs

Surf’s up again for Slater, Olympic qualifiers at Surf Ranch

Trump signs executive actions to boost US economy amid pandemic

Belmont champion Tiz the Law cruises to victory in Travers

Aaron Boone ejected after losing it on ump in Yankees’ nightcap

'Everything is gone.' Flooding in China ruins farmers and risks rising food prices

Truck overturns on I-95 in Delaware; lanes reopened

How to sanitise N95 masks; here's the best way

Trump extends unemployment benefits through executive order but cuts aid to $400 per week: What we know