The severe scrutiny of the NFL’s concussion protocol continued with Cameron Brate on Sunday.

The Buccaneers tight end sustained a concussion in the second quarter Sunday night against the Chiefs, and returned to the game for a Tampa Bay possession before being pulled from the game at halftime.

On Monday, Bucs coach Todd Bowles explained the team’s side of what happened.

“He went on the sideline. He complained of shoulder discomfort, nothing about his head,” Bowles said. “He was checked out three times. You just say, ‘Give him a minute.’ Nothing came up. He went back in until the end of the half. At halftime, he started having symptoms, but they were delayed. He started complaining about that. We tested him, he’s in the protocol, and we kept him out the rest of the game.”

The league has undergone scrutiny for its concussion protocol after Dolphins QB Tua Tagovailoa was cleared to return against the Bills two weeks ago despite wobbling and struggling to keep his balance after his head hit the turf. Then, on Thursday night, he officially suffered a concussion against the Bengals. He was stretchered off the field as his hands appeared to show signs of serious neurological concern. Tagovailoa will miss Sunday’s game against the Jets, and possibly more. 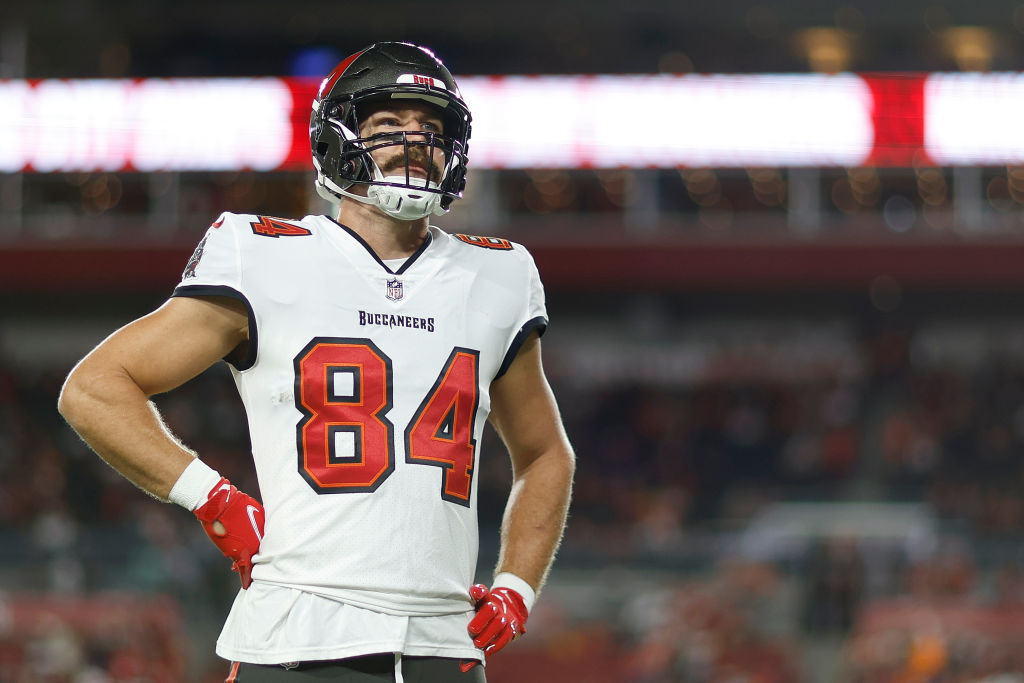 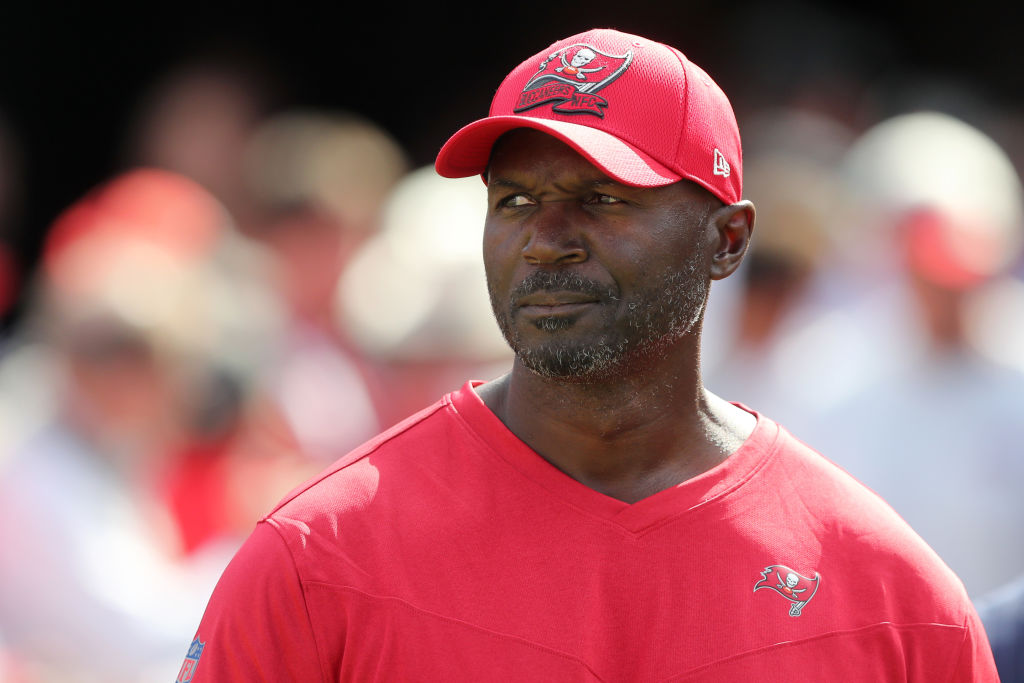 On the NBC broadcast Sunday night, Mike Tirico and Cris Collinsworth seemed to know something was amiss with Brate in real-time. Tirico said the tight end was “moving slow” after running into teammate Chris Godwin. Collinsworth expressed surprise that there was not a play stoppage. Sideline reporter Melissa Stark reported Brate entered the game again after a “two-minute chat conversation with the [Bucs’] head athletic trainer and team doctor.”

Nonetheless, Bowles said Brate complained about a shoulder injury but did not immediately mention any concussion symptoms.

Here is the Cameron Brate hit in the 2nd quarter. He played the entire drive after that, getting targeted a few times, before entering concussion protocol and getting knocked out of the game for good. pic.twitter.com/HUTFAUK6AG

“It came up at halftime where he started to have symptoms about his head. So when you say, ‘Your shoulder’s hurting, you need a second for your shoulder.’ Nobody’s really checking off your head. And then you go back in, you find out at halftime that you have symptoms in your head, then you go, ‘Concussion, concussion protocol.’ That’s all you can do, really.”