Tom Brady appeared to make a fashion statement ahead of the Tampa Bay Buccaneers’ Week 3 game against the Green Bay Packers.

Brady came into Raymond James Stadium wearing a white long-sleeve shirt. On the back appeared to be a yearbook photo from when Brady was a child. Underneath it, a message. 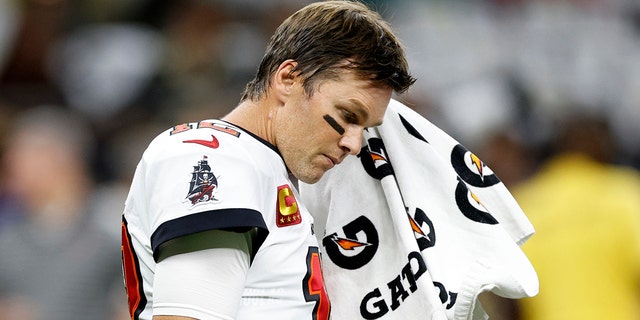 Tom Brady of the Tampa Bay Buccaneers warms up before the Saints game at Caesars Superdome on Sept. 18, 2022, in New Orleans. (Chris Graythen/Getty Images)

Two of the NFL’s greats will match up in the game. Brady will go head-to-head against Aaron Rodgers, the two-time NFL MVP who is taking snaps for the Green Bay Packers.

Brady had kind words for Rodgers in the days leading up to the game. 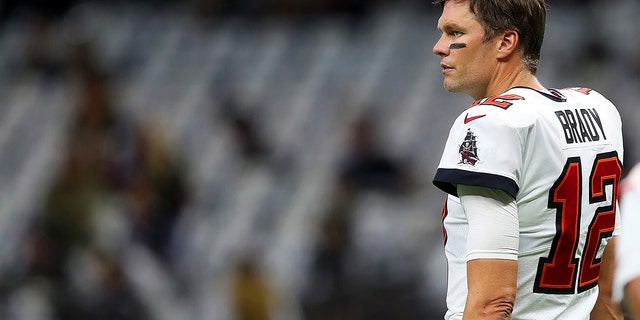 "He's an amazing player, has been for a long time. I love watching him play, and he's from California, too, so I feel like we always have a little bit of a connection. He's an older guy now. He's been a great player in the same place for a long time," Brady said.

"There definitely are some challenges with that but he's navigated them pretty well and has done a great job, leads the team. They've won a lot of games since he's been there. And I knew Brett [Favre] pretty well; with those two guys are two pretty great quarterbacks for a long period of time in one place." 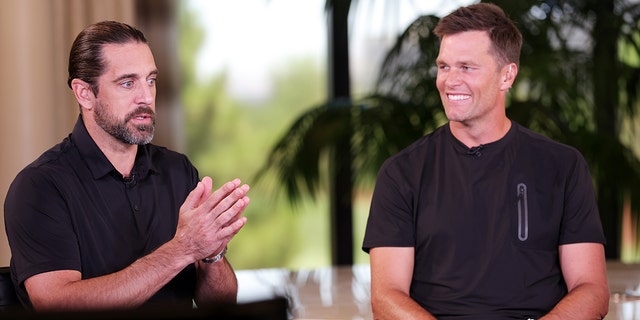 Aaron Rodgers and Tom Brady take part in the quarterback roundtable at Wynn Golf Club on June 1, 2022, in Las Vegas. (Carmen Mandato/Getty Images for The Match)

Tampa Bay is looking to stay perfect in the regular season. Green Bay is hoping to start a win streak with a victory over the Buccaneers.

Ryan Gaydos is the sports editor for Fox News and Fox Business. Story tips can be sent to Ryan.Gaydos@fox.com.