“Luxury travel” often means getting there fast. It means putting your feet up. It means somebody else does the work.

But, too often, that ultra-expensive cocoon is a bum deal. With travel, like most of life’s efforts, you get what you give.

Whether it’s Paris or Timbuktu, the best way to get to know a place, make memories and bring home the most diverting anecdotes is to slow down and walk it. The outdoorsy continent-nation of Australia gets it.

Across the land down under (which is now, finally fully open, no holds barred), locals, the odd Kiwi and increasingly unabashed Americans devote their precious days away from the office to guided, multi-day pedestrian tours of national parks, ancient rainforests and stunning capes.

In a world that moves at 25 megabits a second, the appeal is obvious. 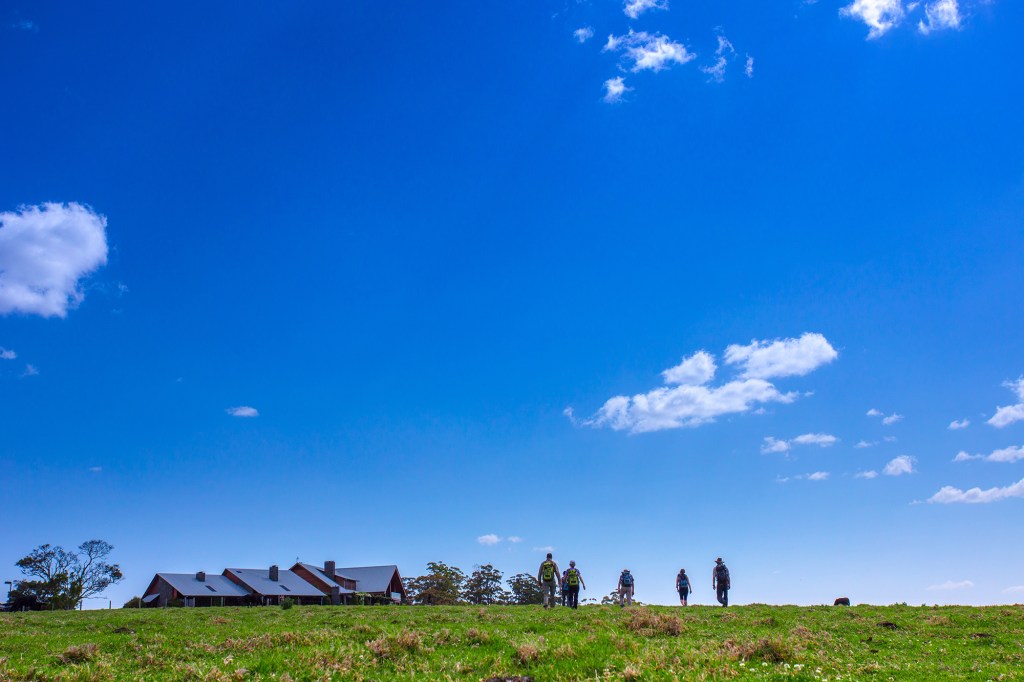 But these aren’t your grandfather’s hikes (although you should definitely take your grandparents with you). Great Walks of Australia, which operates numerous walks in Tasmania, Queensland and beyond, has created a formula that turns the most stunning walks in the world into voluptuous, epicurean experiences that make the word “luxury” feel a little less hollow.

One of their best walks is along the Scenic Rim, the lip of an ancient volcano shrouded in dense rainforest just one hour outside of Brisbane. Over 40 miles and four nights, experienced guides. who know every songbird’s call, lead a small group (no more than 12, including the guides) roughly 2,000 feet up and around the rim, pointing out flora, fauna and indigenous history along that way. 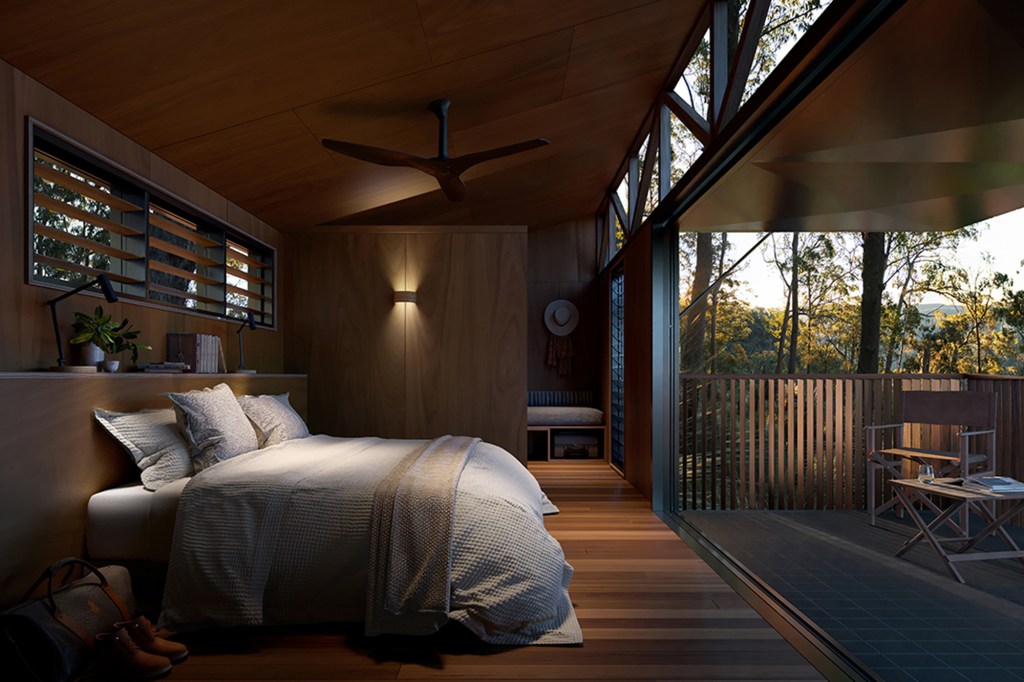 If that sounds like hard yakka, as the Aussies say, reconsider: Your luggage is schlepped ahead and you carry little more than your daily water. Each day you arrive in a charming farm house, eco-camp or mountain lodge owned and operated by Spicers Retreats, one of Australia’s best resort brands.

Forget the word “tent” and imagine a cozy fire in a stylish lounge and dining room. Misremember the meaning of “camp.” Here, large feather beds in private rooms beget 40 winks. Beans on the fire? Oh, no … you’ll be banqueting on cheffy meals rich with local ingredients.

The first day’s journey starts at Spicers Hidden Vale, a charming farm house resort with absolutely massive, kangaroo-crammed grounds. After a short bus ride, you’ll begin making new friends as you ascend up the rim (and up a 52-foot ladder) into vistaville. Tonight you’ll sleep at Spicers Mount Mistake Farmhouse, a renovated six-bedroom spread (say g’day to the cows from the tennis court) with unmatched views of the verdant farmland far, far below. 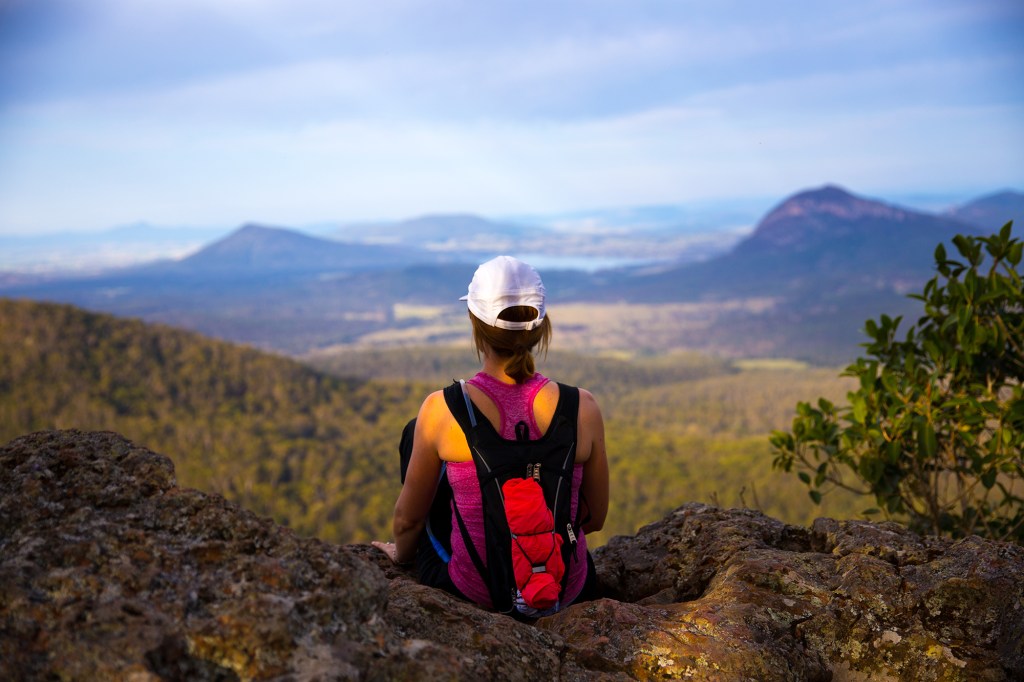 But after a long day walking you’ll want to relax.

Upon arrival, expect a hot hand towel, flutes of sparkling wine and comfort food (scones with jam and cream and so so much cheese). The next two days of walking will take you through historic logging camps and subtropical Gondwana rainforests that will make you forget any preconception you had about Australia and red dirt. Look out for super-cute rock wallabies and bandicoots.

At night, you’ll be sipping cocktails and eating succulent feasts that are far better than they deserve to be in stunning, purpose-built eco-camps. Pro tip: Leave the screen down and the floor-to-ceiling glass window in front of your bed up all night. You’ll snooze to the sounds of untouched nature. 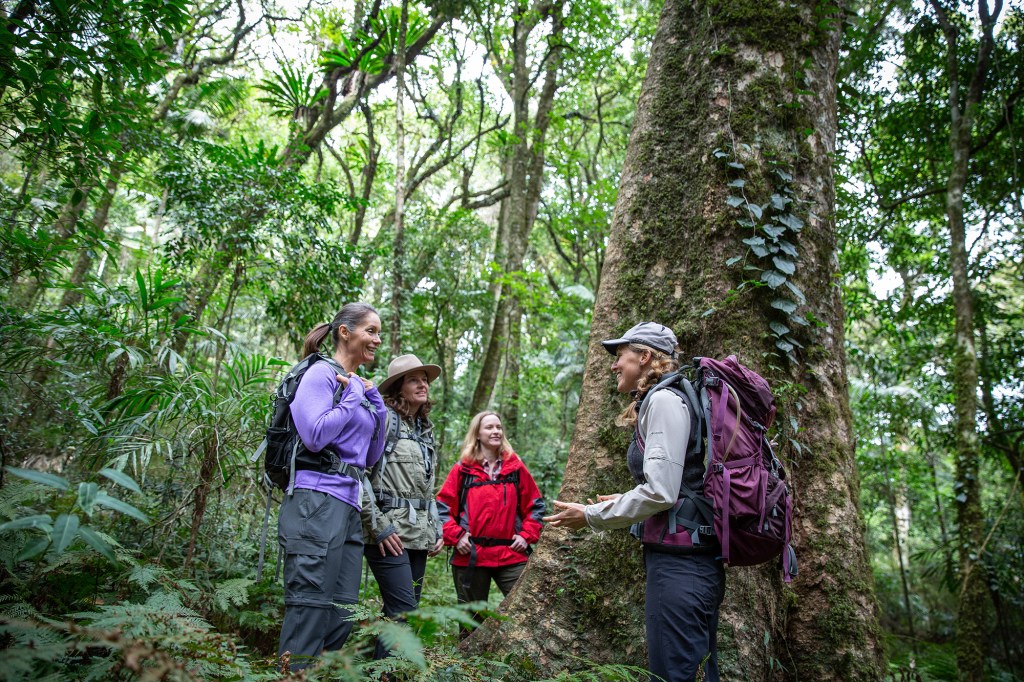 By day four, you’re going to be extra chummy with your fellow walkers. Trekking attracts like-minded, curious people eager to soak in the nature and learn about the unique ecosystems they’re moving through. You’ll also be feeling your oats. After all, you will have climbed mountains, forged streams and gone were few have gone before. It may sound challenging, but the slow pace spares the knees and feet.

When it’s all said and done after your final breakfast feast at Spicers Timber Getters, the ultimate flex is to head on to Spicers Peak Lodge, the brand’s premier resort. Hit the spa. Enjoy all-inclusive, five-star F&B and light up the fire place in your suite (yes, it gets cold up there).

When it’s time to head home, there is only one thing to do: Chopper back to your car. Helis land right on the lodge lawn, steps from the pool. Your pilot will plug in the coordinates of your walk so you can take in what you’ve accomplished by air. It doesn’t get any better.

Prices for the four-day Spicers Scenic Rim Trail start from roughly $2,764 per person, including meals, accommodation and helicopter ride return. Rooms at Peak Lodge start at about $1,090, with a two night minimum, including meals, beverages and selected experiences.)