A 72-year-old man in Deltona, Florida, died overnight Thursday after going outside during Hurricane Ian to drain his pool, the Volusia County Sheriff's Office said.

The man is the first confirmed death related to Ian, now a tropical storm.

The man, whose name has not been released, "was using a hose to drain the pool down a hill and into a 30-foot-wide canal, where a steep decline into the water was extremely soft and slippery due to the heavy rain," according to an initial investigation. 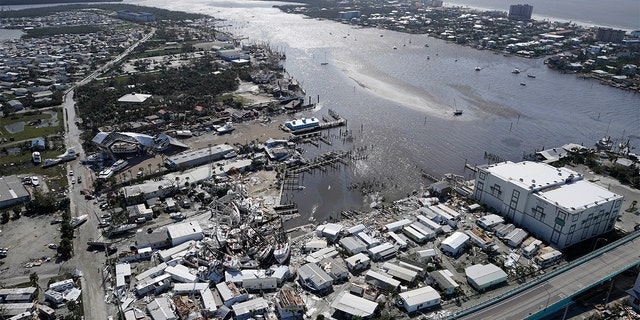 Damaged boats lie on the land and water in the aftermath of Hurricane Ian, Thursday, Sept. 29, 2022, in Fort Myers, Florida.  (AP Photo/Wilfredo Lee)

The man's wife reported that he disappeared after going outside their home on Poinciana Lane near Lake Bethel. Deputies responded to the home around 1 a.m. EDT.

First, deputies found his flashlight, then they pulled him from the nearby canal. CPR efforts were "unable to revive him," the sheriff's office said, and he was later pronounced dead at the hospital.

FOX WEATHER: WHERE IS IAN HEADED NEXT? DANGEROUS STORM'S IMPACTS WILL BE WIDESPREAD 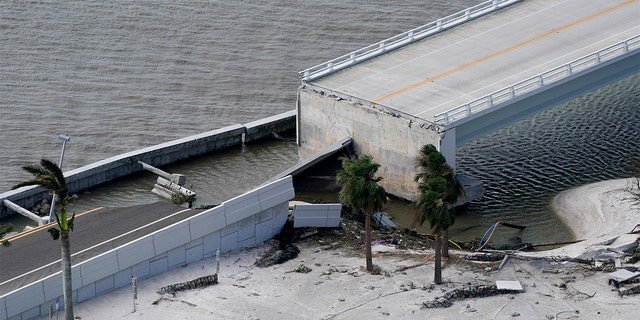 A damaged causeway to Sanibel Island is seen in the aftermath of Hurricane Ian, Thursday, Sept. 29, 2022, near Sanibel Island, Florida.  (AP Photo/Wilfredo Lee)

"The Sheriff’s Office sends its sincere condolences to the victim’s family," officials said in a press release.