The “Try Guys” actually found out that their co-founder Ned Fulmer was cheating on his wife, Ariel Fulmer, on Sept. 5 — four weeks before they announced he was fired.

The remaining members — Eugene Lee Yang, Keith Habersberger and Zach Kornfeld — addressed their fans for the first time on Monday since they announced Ned was fired from the group.

“Ned Fulmer is no longer working with the ‘Try Guys,'” Kornfeld said in a YouTube video — which they named “what happened” — with Yang and Habersberger sitting beside him on a couch.

“By now, we’re assuming you’ve seen the Reddit threads and TikToks and tweets and news articles. We want to give you a timeline of what’s transpired and some transparency into our decision-making.”

Habersberger, who looked somber, continued, “On Labor Day weekend, multiple fans alerted us that they had seen Ned and an employee engaging in public romantic behavior.” 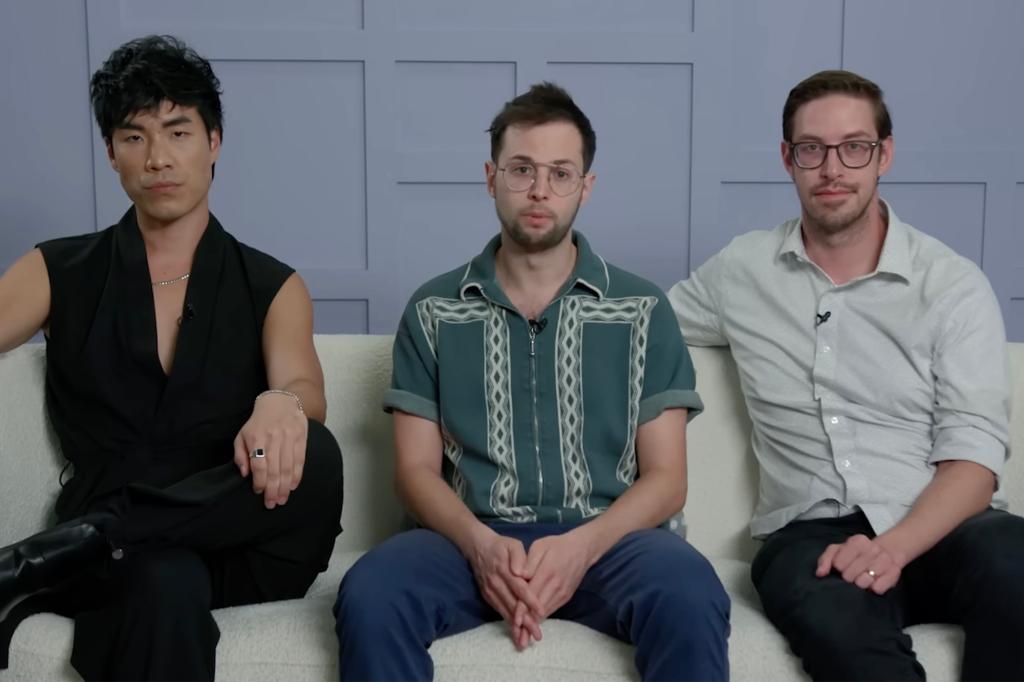 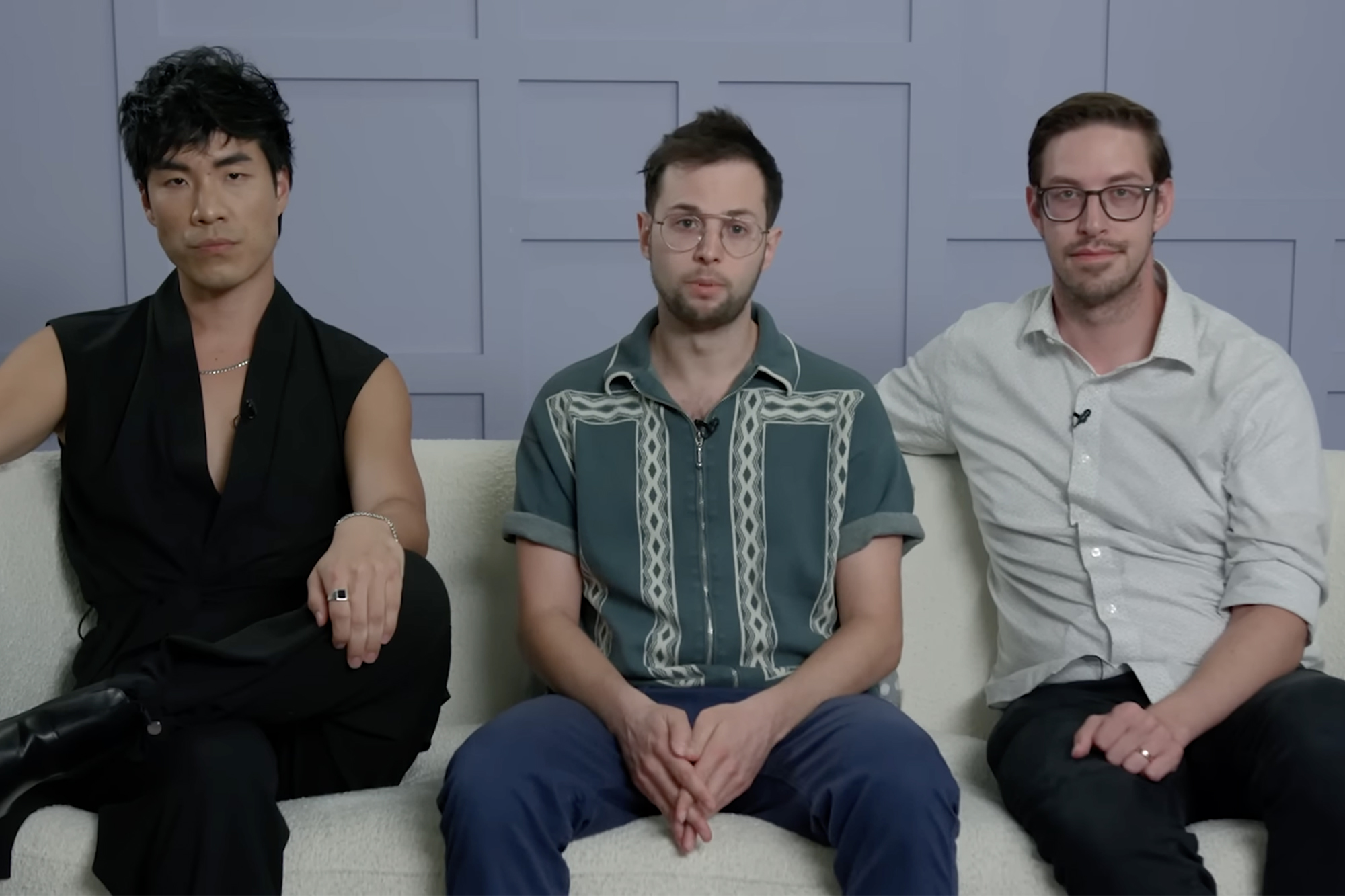 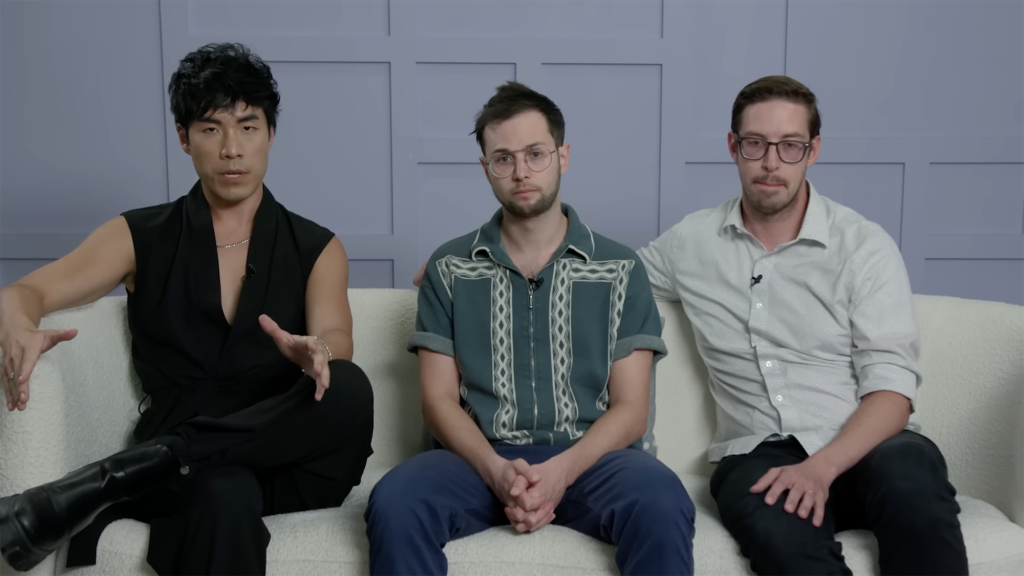 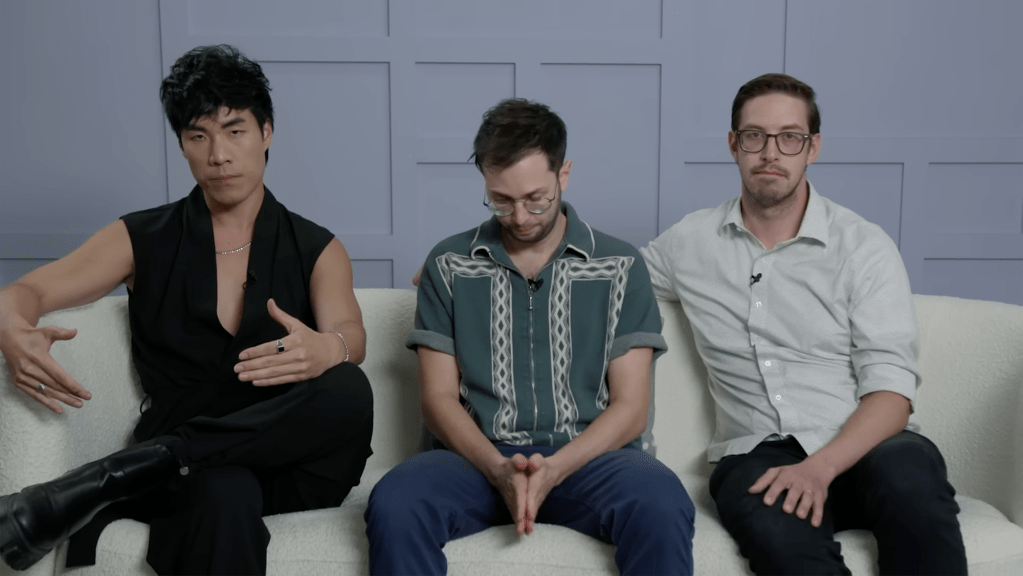 He went on to say that they reached out to the employee to “check on” her before Ned, 35, “confirmed the reports and since confirmed this had been going on for some time, which was obviously, very shocking for us.”

“We just want you to know that we had no idea this was going on,” he added. “All of that information was just as shocking to us as this has been for you this week.”

Yang, 36, added they spent three weeks talking to various lawyers, human resources and public relations experts to “make sure” they were taking the necessary steps.

“We were acutely aware of just how contrary this was to the values of the company we’ve built and those of everyone who works here,” he continued, taking a moment to compose himself. “This is something that we take very seriously and we refuse to sweep under the rug, that is now who were are and that is not what we stand for.” 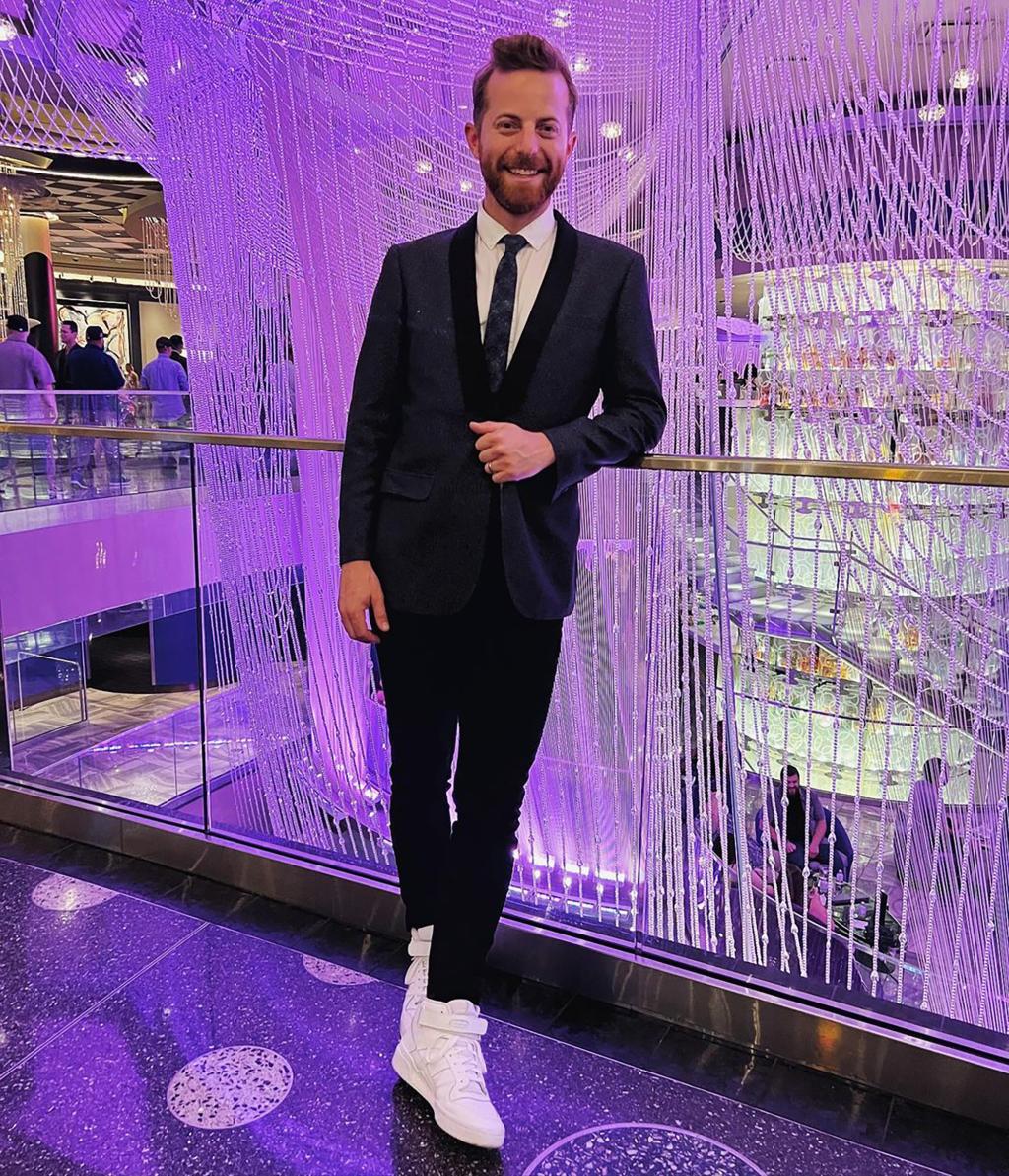 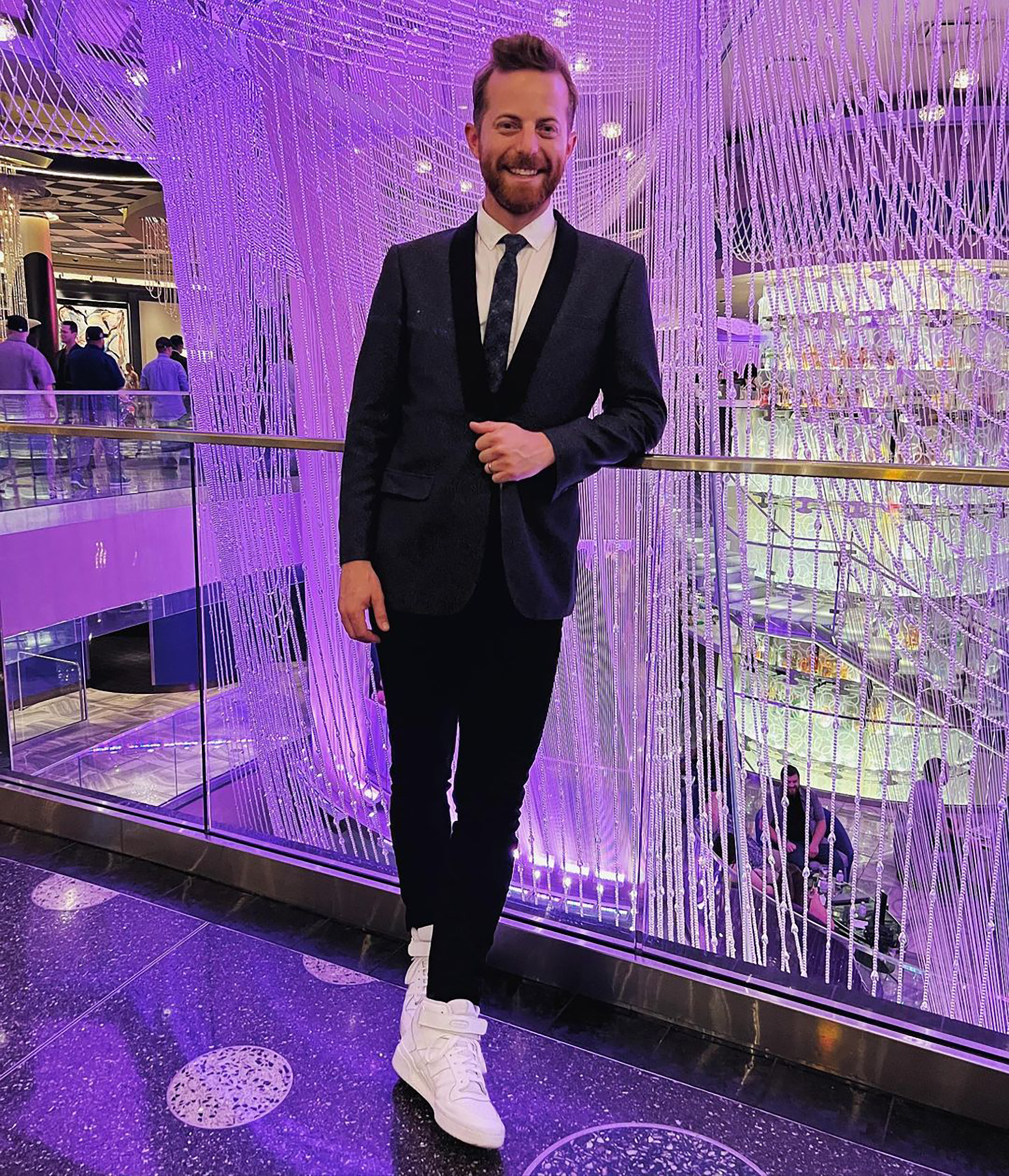 Fulmer confessed he and Alexandria Herring, who was a producer in the show, had been having an affair. 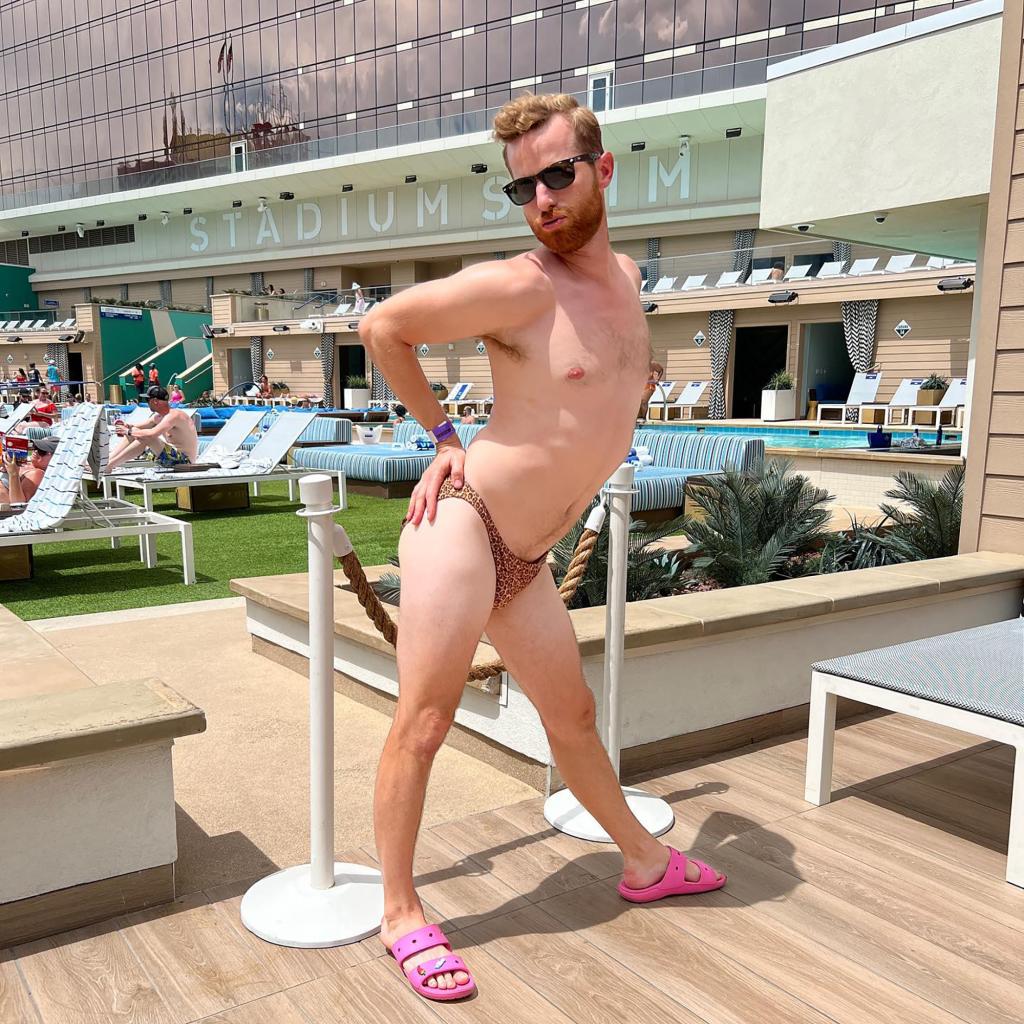 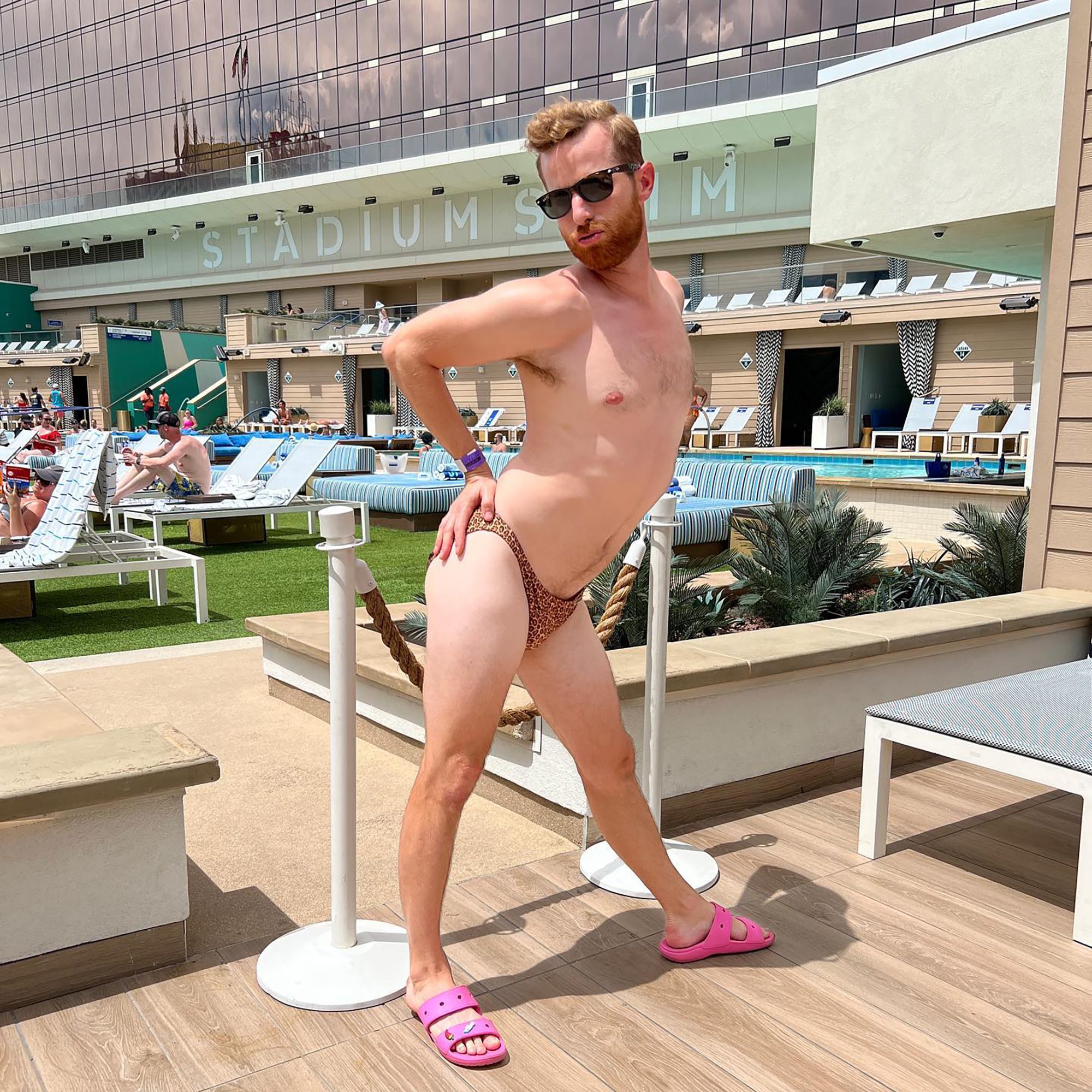 Fulmer confessed he and Alexandria Herring, who was a producer in the show, had been having an affair.

Kornfeld, 32, then revealed that they “immediately removed Ned from work activities,” which will explain his absence from the most recent “Try Guys” videos and social media.

The team removed him from their merch store and digitally erase him from old videos, as well as any marketing products. Kornfeld even said that their decision to completely scrap some videos where Ned was heavily featured “cost” them a lot of money, but they stand by their decision “proudly.”

Admitting that they could not release the findings of their investigation for legal reasons, Habersberger, 35, said they found “Ned engaged in conduct unbecoming of our team and we knew we could not move forward with him.”

He also explained that the reason they took so long to make the matters public was that “real people had been affected” and there is a “family in the middle of this.”

“We are incredibly shocked and deeply hurt by all of this,” Yang added, holding back tears. “This is someone that we built a company and brand with for eight years. We feel saddened — not just personally but on behalf of our staff and fans that believed in us.”

A tearful Kornfeld continued, “I don’t know that we can articulate the pain we feel at this moment. It’s hard to rewatch old videos that we love and are proud of, we are losing a friend, someone who we built a company with, have countless of memories with […] We are sorry this ever happened and we don’t know what else to say.

“This will change here, but we hope that within this, there’s opportunity for positive growth and better videos ahead, but it’s going to be hard,” he added. “This whole thing is going to be f–king hard.”

Meanwhile, Yang pleaded with their fans to “exercise kindness,” alluding that Alexandria Herring has been receiving a lot of criticism from fans, before noting that more information about the company changes will be revealed soon.

Last week, the Try Guys were suddenly left scrambling when the internet found out that Ned had been cheating on his wife of 10 years with Herring, a producer of the show.

After they announced he had been fired on Sept. 27, Ned released a statement of his own explaining the situation.

“Family should have always been my priority, but I lost focus and had a consensual workplace relationship,” he wrote after being seen kissing Herring at a New York City bar.

“I’m sorry for any pain that my actions may have caused to the guys and the fans but most of all to Ariel,” he continued. “The only thing that matters right now is my marriage and my children, and that’s where I am going to focus my attention.”

“Thanks to everyone who has reached out to me – it means a lot. Nothing is more important to me and Ned than our family, and all we request right now is that you respect our privacy for the sake of our kids,” she wrote on her Instagram. 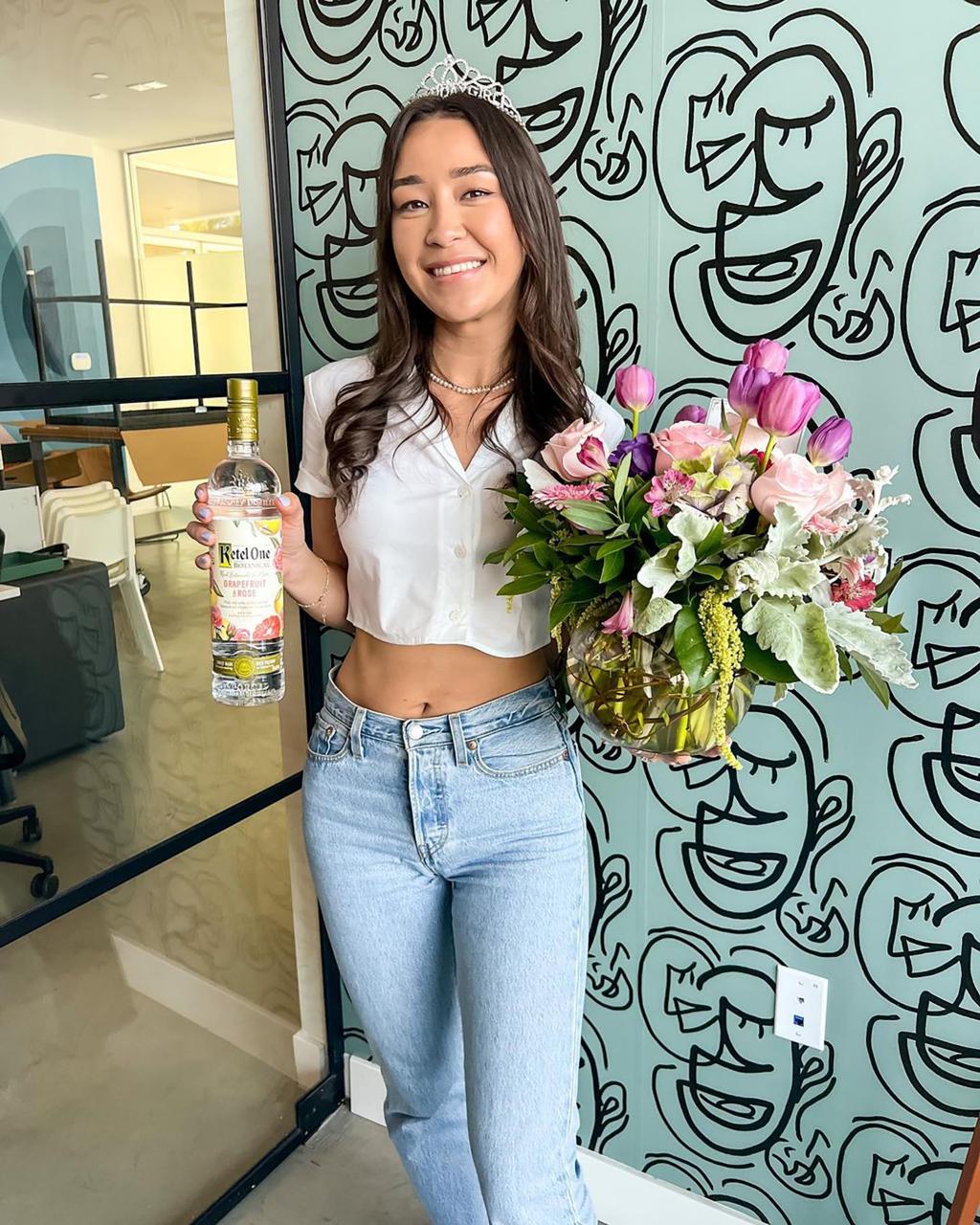 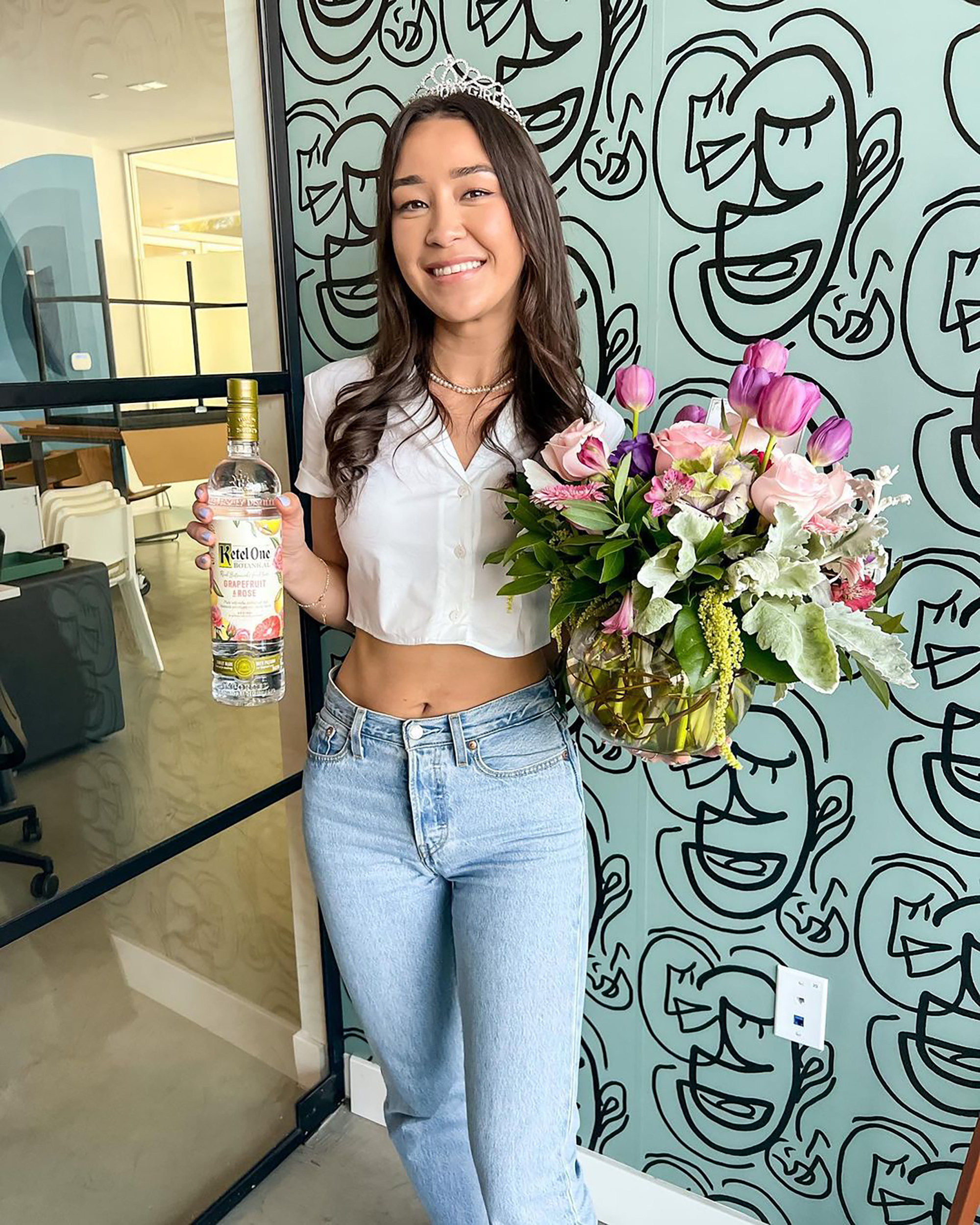 Fulmer had an affair with Alexandria Herring, who was a producer. She had just gotten engaged to her boyfriend of 10 years. 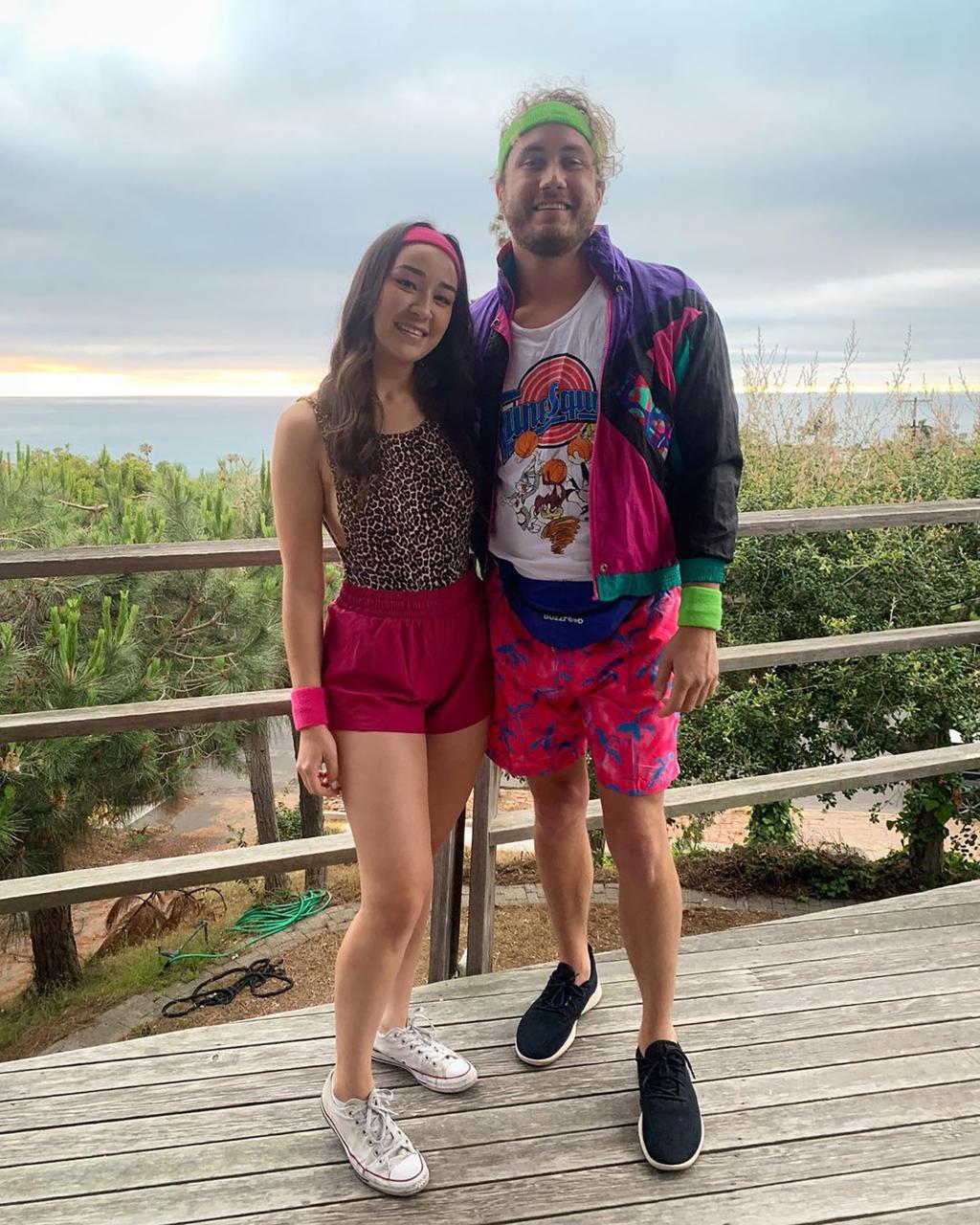 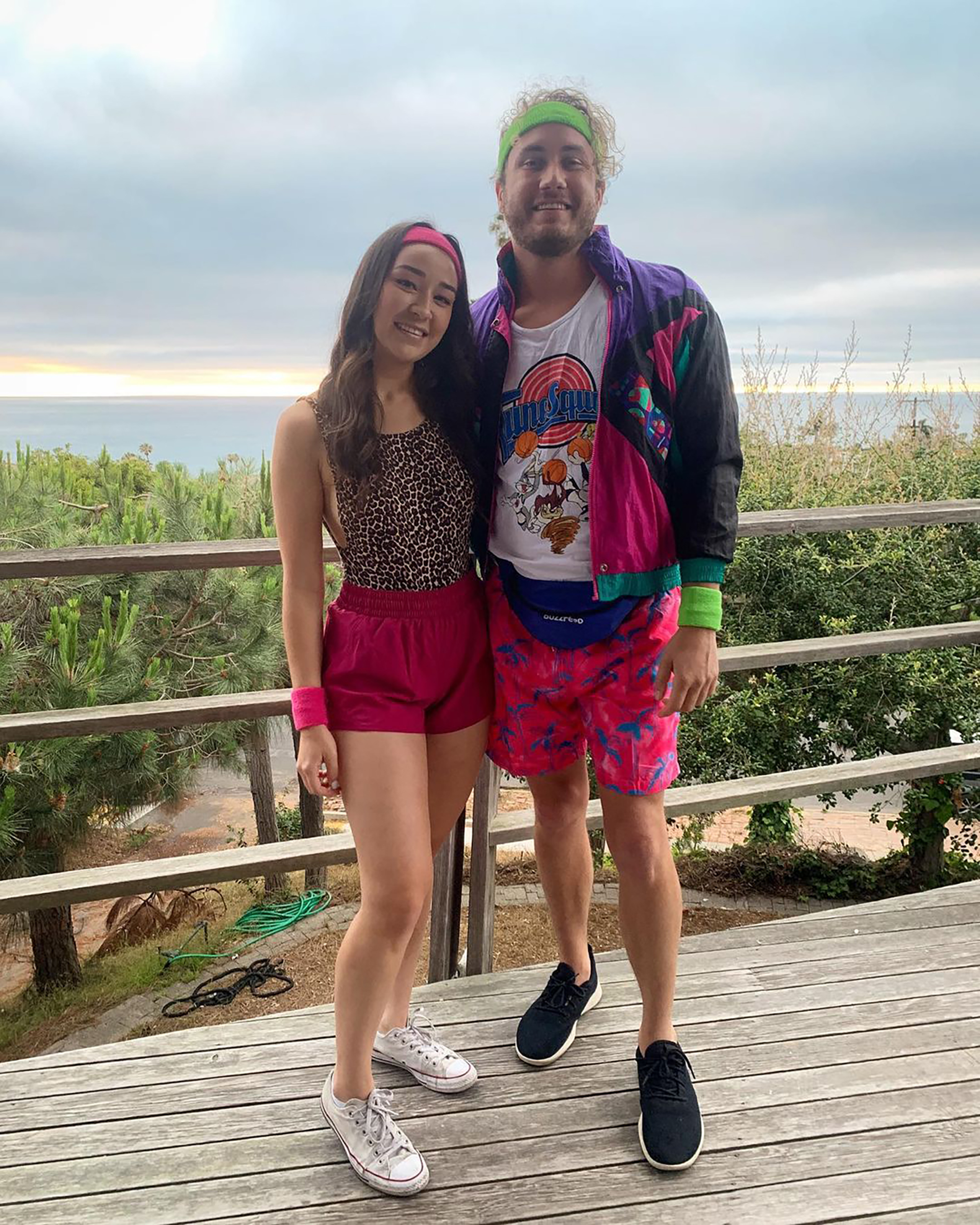 Fulmer had an affair with Alexandria Herring, who was a producer. She had just gotten engaged to her boyfriend of 10 years.

Despite the infidelity, Ariel and Ned may be sticking together as they were both seen on Sept. 28 wearing their wedding rings while out together.

The same can’t be said for Herring, who was engaged to her boyfriend of ten years, Will Thayer. The two have seemingly ended things after he deleted all of their pics from his social media.

She has yet to address the affair publicly.