USC quarterback Caleb Williams is clarifying a now-deleted tweet that seemingly mocked TCU quarterback Max Duggan who got emotional over the weekend when discussing the Horned Frogs heartbreaking overtime loss to Kansas State in the Big 12 Championship game on Saturday.

Duggan threw for 251 yards and a touchdown and ran for 110 yards with an 8-yard score with 1:51 remaining in regulation to force overtime, but TCU came up just inches short of another score in overtime. 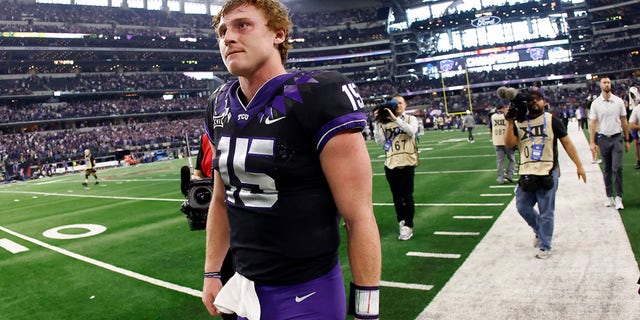 Max Duggan of the TCU Horned Frogs walks off the field following the teams 31-28 overtime loss to the Kansas State Wildcats in the Big 12 Football Championship on December 3, 2022 in Arlington, Texas. (Ron Jenkins/Getty Images)

Despite becoming the first Big 12 team to go undefeated in the regular season since 2009, Duggan was emotional after the game.

"There’s nothing more that I wanted [than] to bring this school a championship. Today, we fell short. I didn’t make enough plays to help us … offensively to kind of put us in that spot."

"I wanted that one really bad," he later added.

ESPN College Football analyst Robert Griffin III later tweeted out the clip of Duggan speaking with the caption: "How can you not root for Max Duggan?" 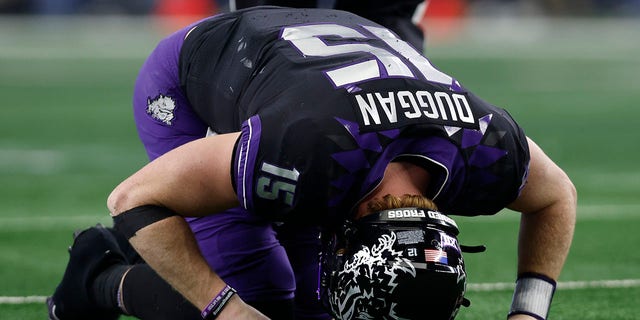 Quarterback Max Duggan of the TCU Horned Frogs reacts after being hit after a pass in the second half against the Kansas State Wildcats on December 3, 2022, in Arlington, Texas. (Tim Heitman/Getty Images)

In a since-deleted tweet, Williams retweeted the video with the caption "Lol."

The response could come from the fact that Williams was criticized by some on social media after he was seen getting emotional on the field following USC’s loss to Utah in the Pac-12 Championship game. 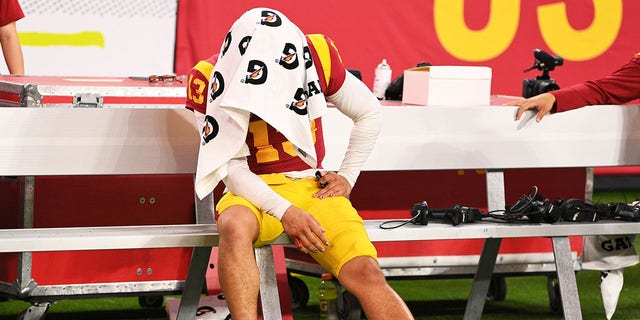 USC Trojans quarterback Caleb Williams is dejected on the bench after the Pac-12 Conference championship game between the Utah Utes and the USC Trojans at Allegiant Stadium on December 2, 2022 in Las Vegas, Nevada. (Brian Rothmuller/Icon Sportswire via Getty Images)

"Wasn’t laughing at Max D!! Happy for him, his journey, his team, and his passion for his school. I feel the same way after we lost this year," he wrote, in part.

TCU still managed to secure a place in the College Football Playoffs where they will take on second-ranked Michigan in the Fiesta Bowl.