UVALDE, Texas -- Two Texas legislators held a listening session Monday to hear from Robb Elementary School victims' families, who continue to voice how unheard they feel by their representatives as they plead for gun control statewide and nationally.

Their advocacy was spurred by the school shooting that took place on May 24, when 19 children and two teachers were killed.

Parents spoke about wanting commonsense gun legislation, accountability for police officers and transparency from local officials, as well as voiced their frustrations with overly complex and arduous application processes for relief funds. 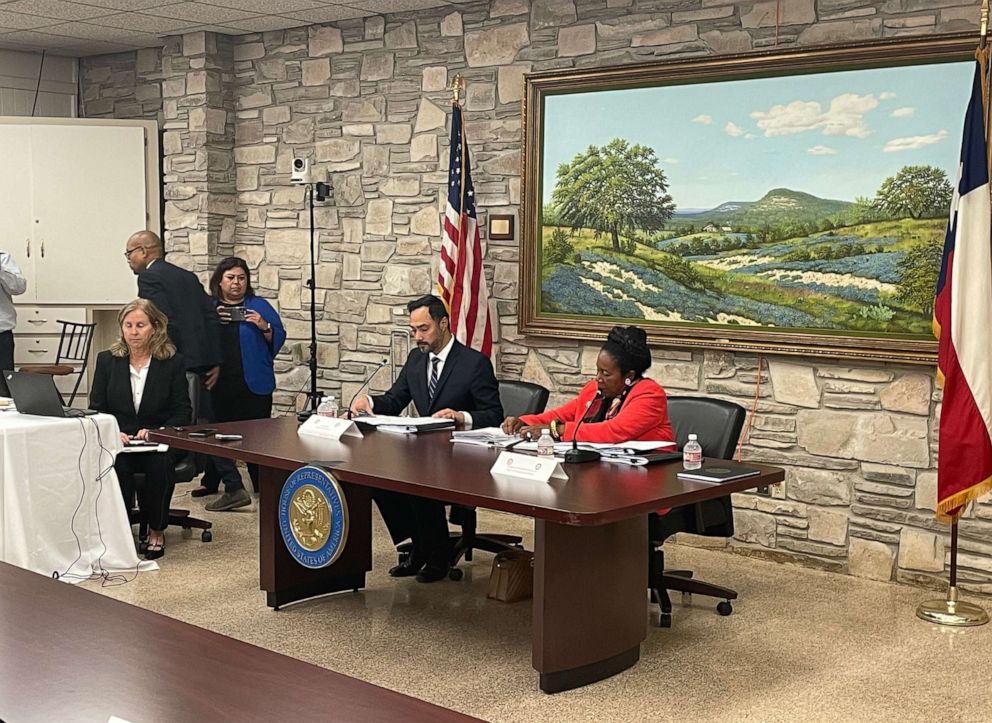 "The fact that I have to sit here and tell y'all, the state and federal government, how to do your job, is evidence enough of the massive failure we've experienced," Kimberly Rubio, mother of 10-year-old victim Lexi Rubio, told the legislators.

"This was not the first school shooting and will not be the last until we federally ban these weapons," Rubio said. "You can't help us. All we want is a federal ban on assault weapons."

She also lamented about the process to receive donation funds, referencing the 20-page application document she said was sent by the National Compassion Fund only days after the shooting.

"We couldn't even get out of bed. Four months later, I can't even read a chapter of a book. When we finally filled it out, they sent it back with so many documents of things they needed," Rubio told the legislators. "You know who I am, you know I lost my daughter. It should be easier." 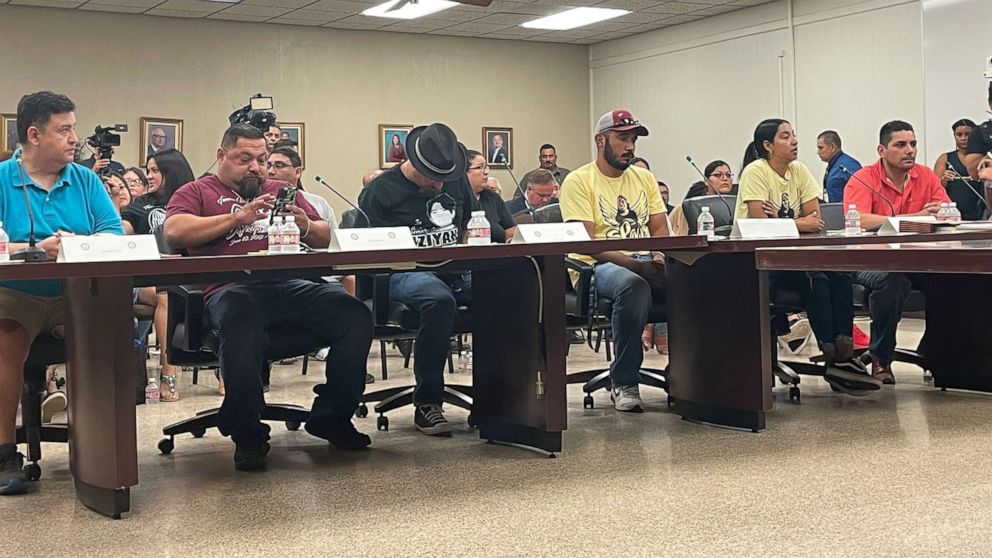 U.S. Rep. Sheila Jackson Lee, D-Texas, told ABC News she asked families to testify so that she could share the recording with fellow lawmakers in Washington, D.C., and said that after the meeting, she plans to find ways to make the federal compensation process more expeditious for families, which she recognized was a glaring issue.

When asked if she will share the footage directly with Republican senators who have come out against H.R. 1808, the upcoming bill in the Senate that proposes federally banning assault weapons -- which many Uvalde families have asked for, she told ABC News, "Well, it is available and we'll go back to Washington and determine how it can be best given."

Brett Cross, 10-year-old victim Uziyah Garcia's uncle and legal guardian, asked the legislators, "How many more damn kids need to die before the government does something?" He, like others, said he feels Texas Gov. Greg Abbott doesn't care.

"I spoke to Gov. Abbott when I asked him to call a special session to raise the minimum age to 21. He said that wouldn't have made a difference," Cross said tearfully, reminding the gathering that the shooter was only 18 years old at the time of the massacre.

"This community was not only failed on that day at Robb Elementary, but by every level of government so far, including the governor of the state of Texas, the Department of Public Safety and local elected officials who refuse to release basic information about what happened and why it happened," Castro told the families Monday night. "And that is a second kind of assault on the community of Uvalde."

"We just need something to change because if it doesn't, we'll feel like our kids died for nothing," said Angel Garza, stepfather to victim Amerie Jo Garza. 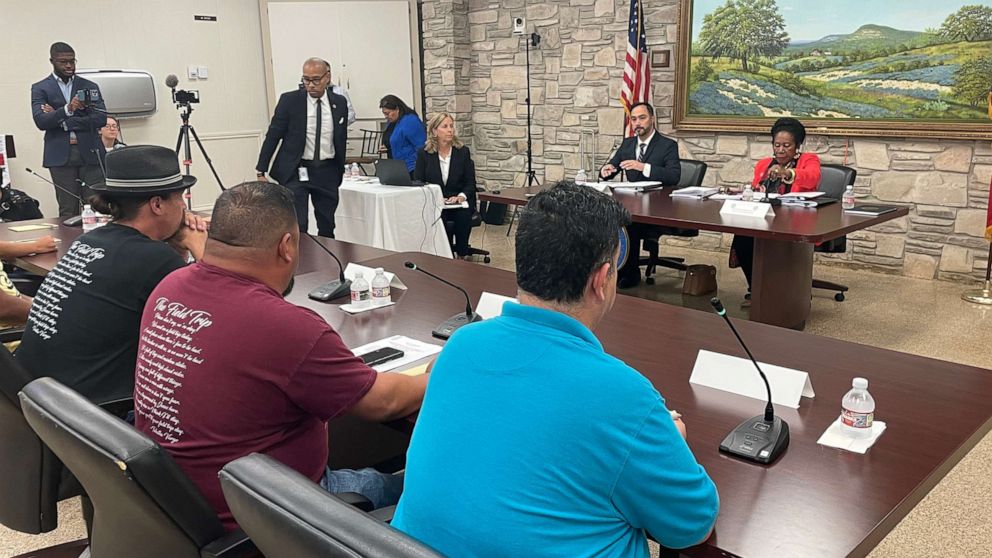 Earlier Monday, Uvalde County commissioners voted unanimously to approve a letter to Texas House Speaker Dade Phelan, asking him to meet with victims' families who seek to speak with him about raising the minimum age for purchasing assault-style weapons to 21.

This vote came after similar calls on Abbott to convene a special session have gone unanswered.

"It's not going to happen," Uvalde County Commissioner Mariano Pargas Jr., who introduced the motion, said of Uvalde's pleas to Abbott to legislate the age requirement.

"​​We're hoping we can do something that will make 'em change their minds," he said of the intent behind the letter to the Texas State House speaker. Getting families in front of legislators, he believes, is one way to do that.

Uvalde:365 is a continuing ABC News series reported from Uvalde and focused on the Texas community and how it forges on in the shadow of tragedy.