Cantore was reporting live from an intersection in Punta Gorda, Florida Wednesday when he was nearly taken out by a tree branch as the Category 4 storm bore down on the state’s west coast.

Cantore was seen placing his hands on the road, as he staggered toward a traffic signal.

“Give me a second,” he said, barely losing composure as he regained his footing.

Some viewers were impressed by Cantore’s professionalism.

“Glad he is ok!” one tweeted, while another praised Cantore as a “legend” and “so brave.”

Others, however, were less than impressed.

“That is why you don’t go outside in the middle of a hurricane,” another concurred. 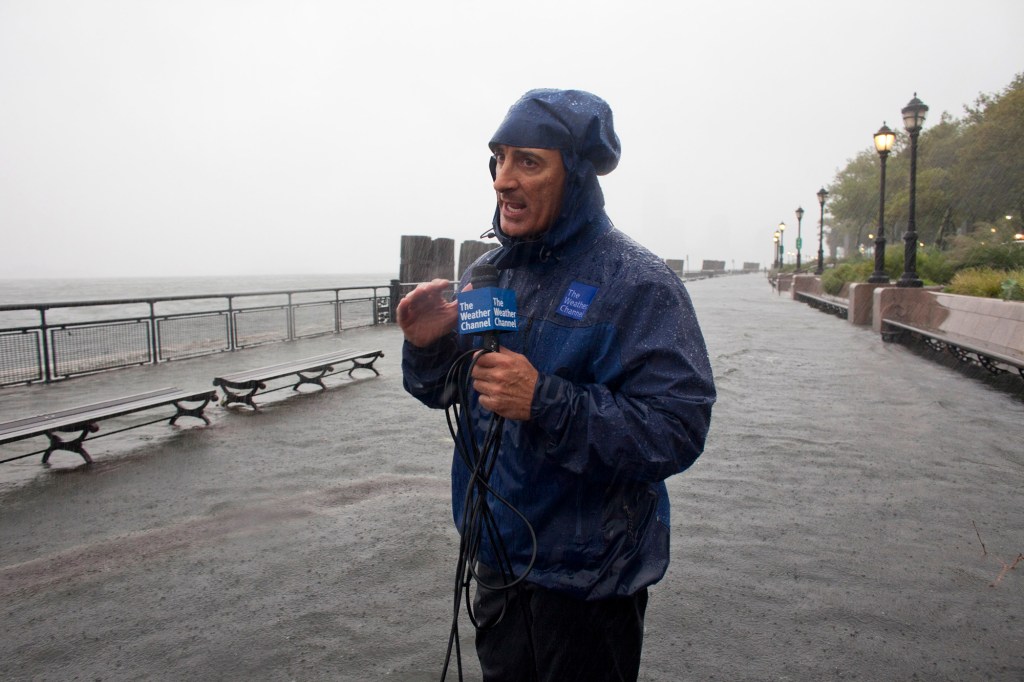 Shortly after Cantore’s dramatic moment, his Weather Channel colleague Mike Seidel reported from a balcony in Fort Myers that Ian was “one of the worst hurricanes I have ever been in.”

The Hurricane Ian coverage was far from Cantore’s first viral moment. In 2014, the veteran journalist made headlines when he casually kneed a would-be attacker in the groin mid-broadcast.

“Obviously, here…they are already having a good time,” he quipped at the time.