Joe Flacco didn’t have to think for a nanosecond when asked what he thinks Zach Wilson took away most from Sunday’s stirring comeback victory over the Steelers.

“His biggest thing Sunday was realizing sometimes games are ugly,” the Jets’ veteran backup quarterback told The Post on Thursday. “Not every game is this perfect game where you go out there and everything is there and things work like, ‘boom, boom, boom, boom.’

It was, indeed, ugly for three quarters in Pittsburgh. Wilson looked unsettled and uneven. The offense was generating nothing. His numbers were headed for an embarrassing stat line when that thing was over.

Then he looked like Joe Montana in the fourth quarter, engineering two drives — including the game-winner in the closing seconds — that the Jets hope translates into a corner-turner for him. 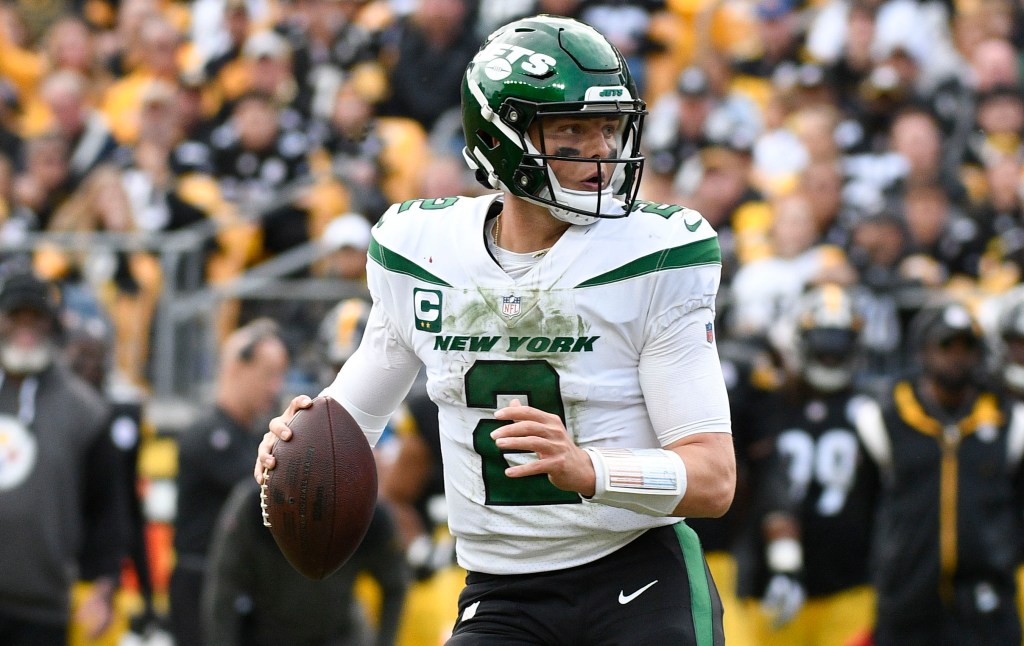 “It’s short-term memory,” Wilson said Thursday when asked what gave him the belief he could accomplish what he did in the fourth quarter after it looked so bad in the first three. “It’s how can I approach it one play at a time, you focus on that scenario at a time. You don’t worry about the stats, plays that came on before that. It’s how can I do the best play I can on this and move on from there.”

Wilson credited “resilience from everybody up front, the O-line hunkering down, anchoring down, giving me some good time back there, and then the receivers doing a great job winning their one-on-ones, separating, and then the defense getting some good stops, not quitting.”

Offensive coordinator Mike LaFleur on Thursday praised the “resilience” of Wilson and the entire offense, and believes it was a big step in the progression of the young quarterback.

“To put together those two drives in the fourth quarter says a lot about those guys, says a lot about [Wilson] as a leader, how much he’s continuing to grow and grow and mature,” LaFleur said. “He was last year in terms of just being a leader. Through experience, it’s going to continue to get better and better.”

Asked about Wilson’s poise in the fourth quarter, LaFleur said, “I think he showed it toward the back half of last year when he started getting more comfortable.”

Wilson was limited in practice on Wednesday with what the team described as a minor ankle issue. He was full-go in Thursday’s practice.

“He was limited [Wednesday], but we feel good,” LaFleur said. “We’re just taking the necessary precautions to make sure he feels really, really good every single day.” 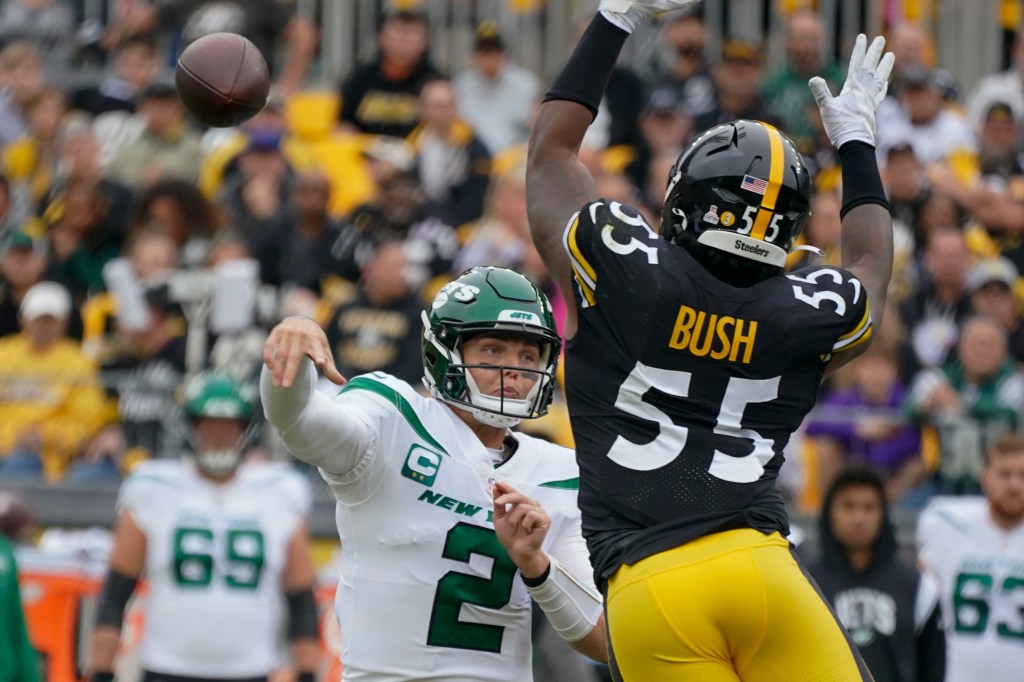 “Just a little ankle,” Wilson said. “I was still able to do all the walk-through reps [Wednesday]. But I was able to get a full practice today and get a majority of those reps, so I feel like I am in a good spot.”

Wilson sounded confident about where he is mentally, and acknowledged that the comeback in Pittsburgh helped steel that confidence. He was lauded by his offensive teammates for the fire and confidence he showed in the huddle during the comeback, telling them on the game-winning drive, “Let’s go get a f—ing touchdown.’’

“Part of it is our mentality as an offense and what we are trying to do, and this growth mindset,” he said. “You step in the huddle, you look at the situation, you kind of feel the momentum, the vibes and you look at everybody in the eye like, ‘Hey, we’re going to go down and score right here.’ I think that’s a cool thing, a special thing, we learned a lot from that last drive, so it’s going to be good for us moving forward.”

When asked about his “colorful” language in that situation, Wilson smiled and said, “I don’t remember.”