Shahrukh Khan is one of the few actors in Bollywood who have had no link-ups stories surrounding around them if we ignore the Priyanka Chopra episode. The actor has always been humble with his co-star, be it male or a female. Without a doubt he has has been honoured by the title King of Bollywood.

On the contrary, Shahrukh is also known for his bad temper, the actor can't stand any nonsense being published against him and so he is often seen taking digs at media reporters. With time, Shahrukh has definitely mellowed down but things were not the same 20 years ago. 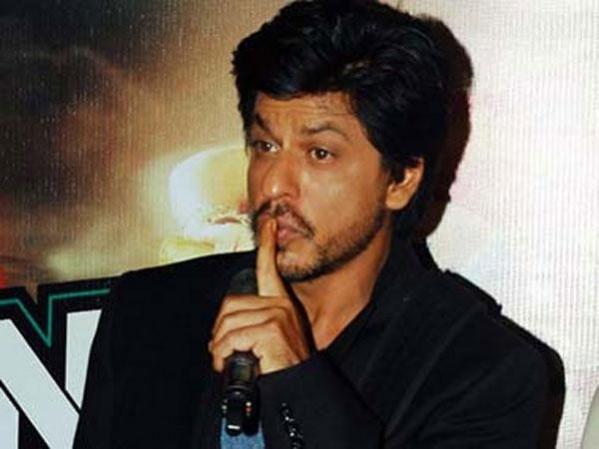 'King of Bollywood: Shah Rukh Khan and the Seductive World of Indian Cinema'.

In the year 1992, when Shahrukh was the new sensation in Bollywood and had given a few hits he got into an ugly fight with a journalist of Cine Blitz magazine. The entire incident was published in her book 'King of Bollywood: Shah Rukh Khan and the Seductive World of Indian Cinema'.

According to Bollywood Hungama, The year was 1992 and Shahrukh Khan had shot for a highly explicit scene with Deepa Sahi in 'Maya Memsaab', directed by the latter's husband Ketan Mehta.

The popular magazine Cine Blitz published a story that alleged Ketan Mehta had asked Deepa to spend a night with Shahrukh in a suburban hotel to get comfortable with each other, before shooting for the scene.

The story further said that the actors complied and the next day, the shoot was done with only Ketan and the DOP present. The story was slanderous, even by today's standards. And as it happens with such stories, no byline was given and hence, nobody knew who wrote the article.

Shahrukh Khan read the story and was livid. A day after the article was published, he ran into a Cine Blitz journalist, Keith D'Costa, at a film function. Assuming that Keith had written the story, he abused him with choicest of words. 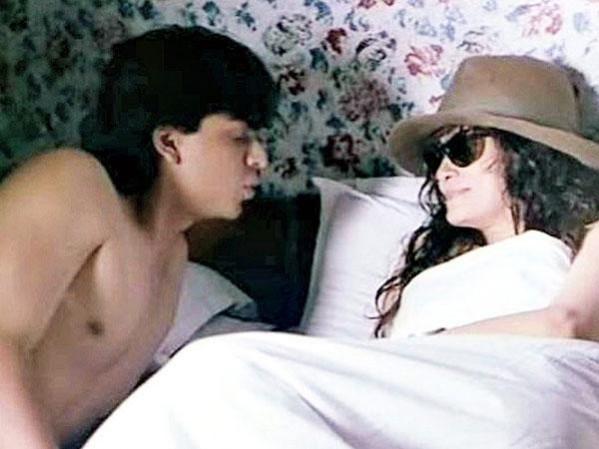 Not satisfied, Shahrukh Khan called Keith at his house and threatened to go there and beat him up. The next day, he actually went to his house and hurled abuses in front of his parents! He even threatened to castrate Keith D'Costa. Anupama Chopra wrote that Keith felt like SRK was possessed and that he was sure that Shahrukh would hurt him.

On his editor's advice, Keith complained to the cops. Shahrukh Khan, however, continued to call his house and abuse him. Keith filed another complaint and requested police protection.

The following day, Shahrukh Khan was arrested from Film City and was taken to Bandra Police Station. Since he was a star by then, he was not jailed; few of the cops even took his autograph. SRK requested to make one phone call to Keith D'Costa!

It seems that in front of the policemen, he told him, "I'm in jail but I'll come f*** you." At 11:30 pm in the night, Shahrukh Khan's close friend Chikki Pandey got him out on bail.

Two years later, Virginia Vacha, another Cine Blitz journalist, convinced SRK that Keith had not written the article. Realizing he was wrong, Shahrukh Khan profusely apologized for his behaviour. He hugged Keith D'Costa and offered to come to his house and apologize to his parents.

For the uninitiated, the explicit intimate sequence was removed from the film because of the Censors but in 2008, this intimate scene got leaked on the Internet.

Milan will offer 25 million euros for Celtic defender Ayer
Klopp on plans: Four years at Liverpool. After that, I want to do nothing for a year
Rogers Pro 1:4 with Bournemouth: Leicester play well only 45 minutes after the break
Inter and Roma are Interested in Garay
Liverpool want to sell Lovren, not let Him go as a free agent. Zenit are Interested in the player
PSG defeated Le Havre (9:0) in a friendly match. The game with Atalanta in the Champions League is in a month
Hazard was included in real's bid for the match with Granada, Hames-no
Source https://www.ibtimes.co.in/when-shahrukh-khan-was-arrested-fake-story-sleeping-co-star-820286

Christie Criticizes Trump for Commuting Stone’s Sentence: ‘I Wouldn’t Have Done It’

While America Looks Away, Autocrats Crack Down on Digital News Sites

Why the dumb mask debate isn't over

Hundreds of people celebrated the July 4 weekend at a Michigan lake. Now some have Covid-19

After nearly 110 years of naval aviation, the US Navy has welcomed its first Black female tactical jet pilot

The two reasons Covid-19 is getting worse in the US

This outdoor music festival was designed with social distancing in mind

Masking up: Protective coverings not just for MLB dugouts

Torrence wins at Indy in NHRA’s return from virus break

Naya Rivera search should be handled by the authorities: cops

WH Coronavirus Task Force Member: Fauci Is ‘Not 100% Right’ and Has a ‘Very Narrow’ View

AOC suggests NYC crime surge due to unemployment, residents who need to 'shoplift some bread'

Collin Morikawa Is Near-Perfect to Beat Justin Thomas in Playoff

Duda declares victory in Poland's presidential race, with polls too close to call

Are Uber and Lyft Drivers Well Paid? It Depends on the Study

Teachers in same Arizona classroom all get coronavirus, 1 dies

Five Guys employees who refused to serve cops have been fired, suspended

For Sports Halted at the Outbreak’s Onset, Loans Saved Staff

11 injured in fire aboard ship at Naval Base San Diego

Scott Gottlieb Claims Some States Opened ‘Too Early’ in His View

Watch Dogs: Legion lets you build your own team of hackers to save London