Aaron Judge had a storybook celebration with his mother, Patty Judge, after the Yankees slugger tied Roger Maris’ AL home run record at 61 on Wednesday.

Judge gave the home run ball to his mom in the locker room after New York’s 8-3 victory over the Blue Jays at Rogers Centre.

The mother-son duo shared a sweet moment together, hugging and posing for pictures, as Patty sported his No. 99 jersey.

A visibly emotional Patty sat behind the Yankees dugout as the outfielder equaled the historic milestone. She was seen cheering and clapping as Judge rounded the bases.

The proud mom eventually leaned over to hug Roger Maris Jr., who had his own special moment speaking with Judge after the game. 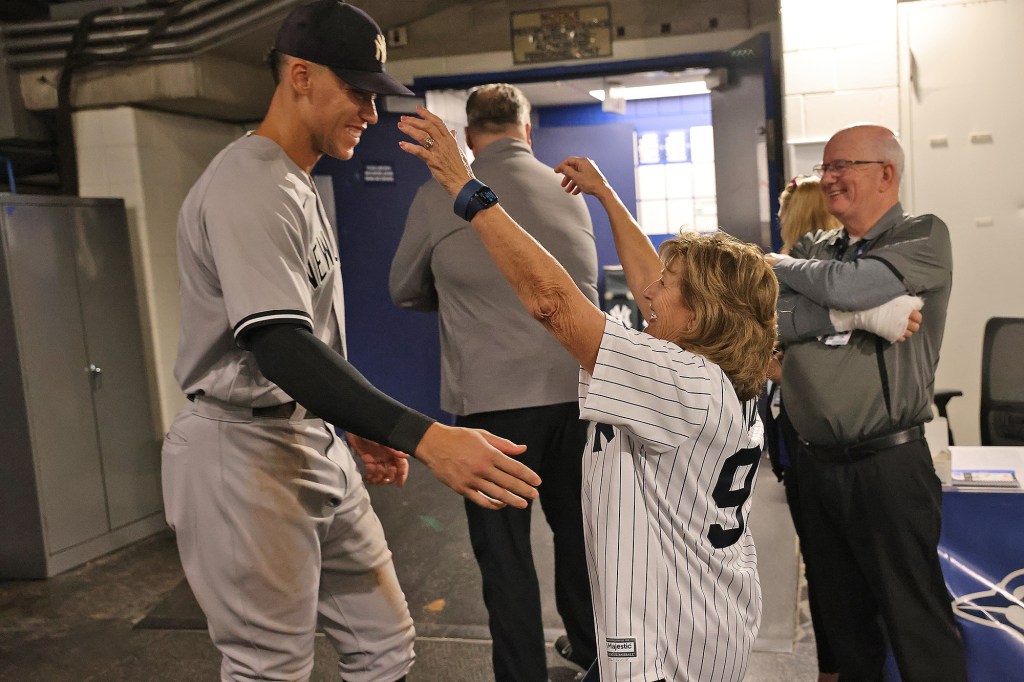 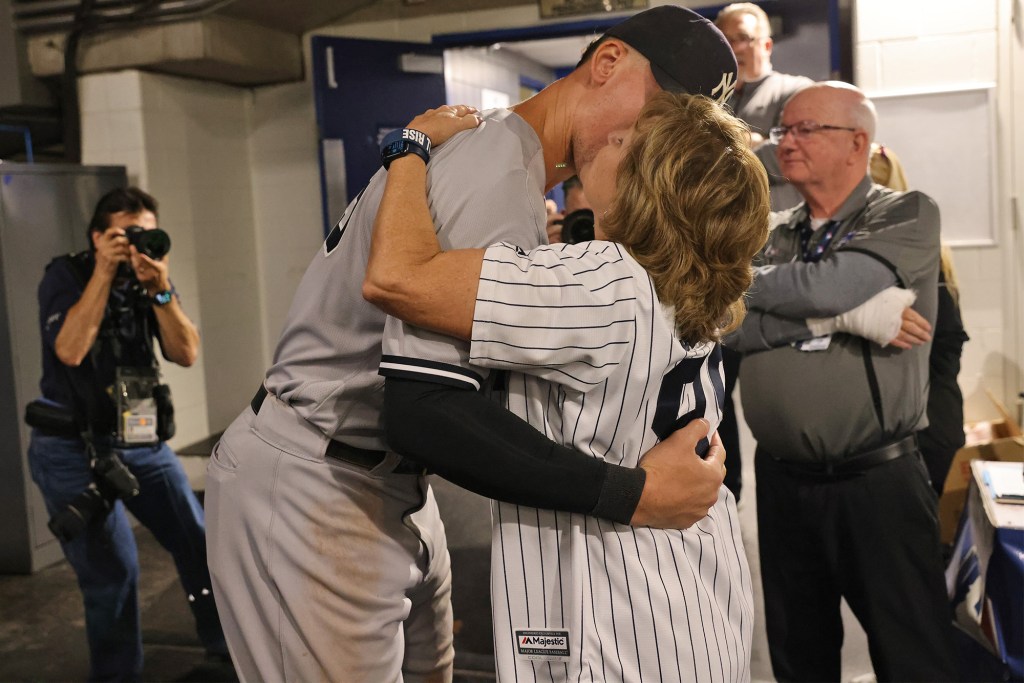 Patty represented the Judge family in Canada during the slugger’s historic night. Judge’s father Wayne and his wife Samantha Bracksieck, whom he married in December, were in The Bronx when he hit home run No. 60 on Sept. 20.

The 30-year-old, who is chasing a Triple Crown, is notoriously private about his home life and his relationship with Bracksieck, but here’s everything to know about Judge’s parents:

How did Aaron come into their lives?

Judge was adopted two days after he was born by Patty and Wayne.

“I feel they kind of picked me,’’ Judge, who is biracial, told The Post in 2015. “I feel that God was the one that matched us together.’’ 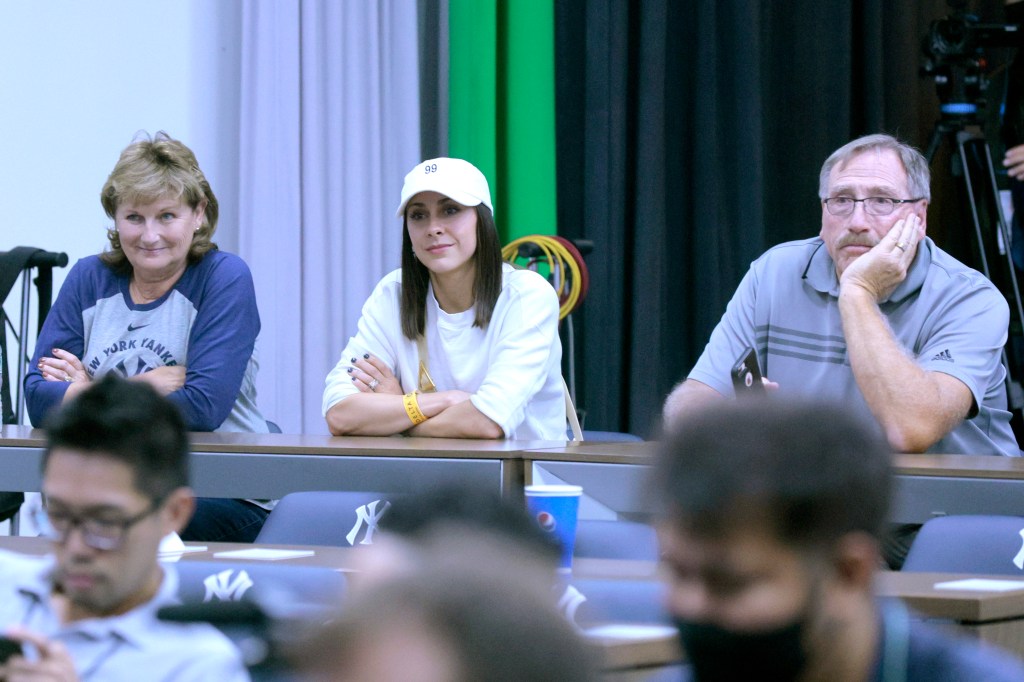 Where are Patty and Wayne from and what do they do for a living?

Patty and Wayne Judge are school teachers from Linden, Calif.

Do Judge’s parents have any other children?

When Judge was around the age of 10, he began to notice that he and his parents didn’t look alike. His older brother John, a 36-year-old teacher living in Korea, is also adopted.

“So I started asking questions, and they told me I was adopted and answered all my questions, and that was that,” Judge said. “I was fine with it. It really didn’t bother me because that’s the only parents I’ve known.’’

Judge has said that his parents were strict about prioritizing his education during his high school years.

“I wanted to go outside and play with my friends or play some video games, but they were tough on me,” Judge told The Record newspaper after graduating from high school.

“They’d say, ‘Hey, you’ve got homework to do. You’ve got to finish your math homework and science homework. Then if you have time left over before dinner, you can go play. Something like that. I didn’t like it as a kid, but looking back on it, I really appreciate what they did for me.” 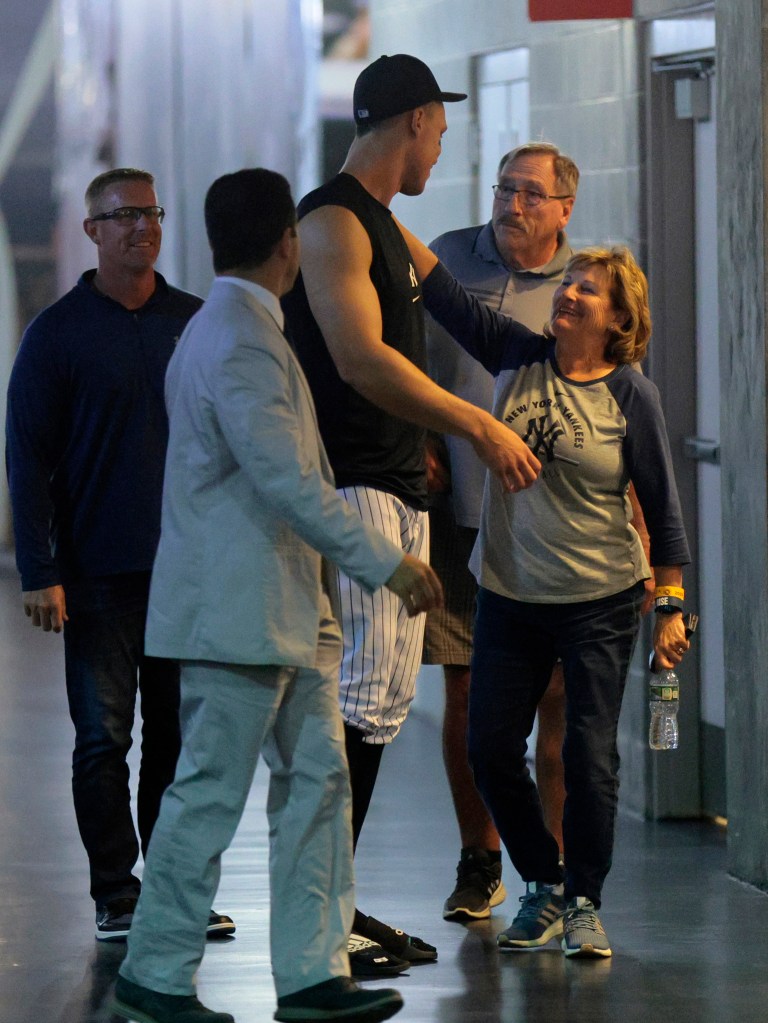 Did Patty and Wayne push Judge to play baseball?

“His mother and I just wanted him to be a really good person,” Wayne said. “But we knew from a very young age, as soon as we put a ball in his hand, that he had a lot of natural talent.”

Judge was a three-sport standout at Linden High, where he earned academic and athletic honors in baseball, basketball and football over his final two years of high school.

Judge has credited his parents for him becoming a Yankee

“The guidance she gave me as a kid growing up, knowing the difference from right and wrong, how to treat people and how to go the extra mile and put in extra work, all that kind of stuff,” he said at the time. “She’s molded me into the person that I am today.” 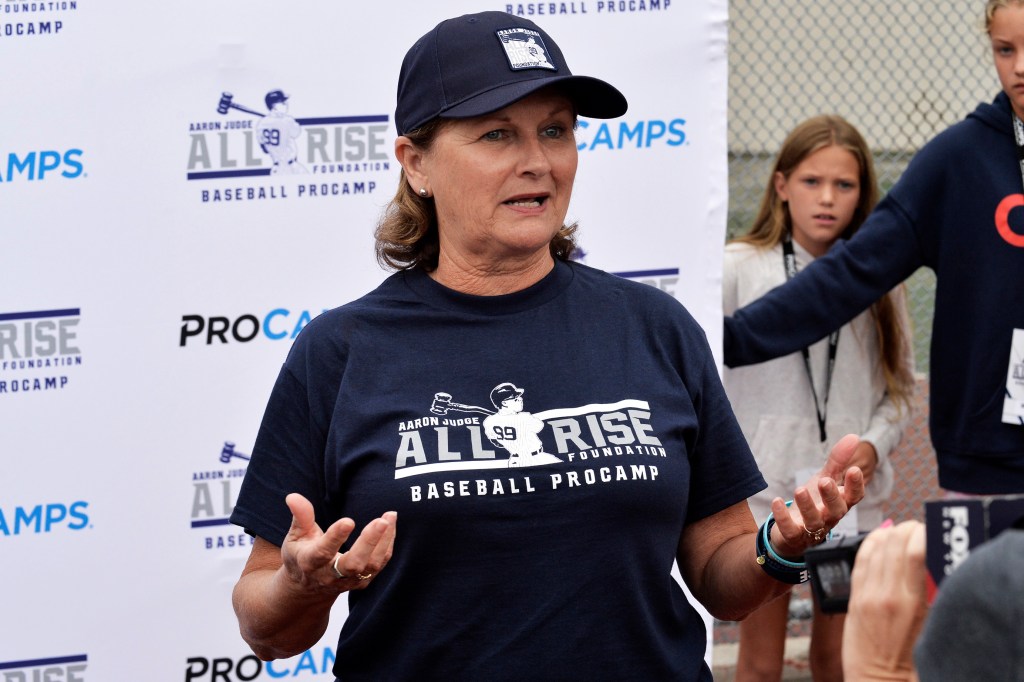 What do we know about Aaron Judge’s biological parents?

Judge reportedly has never had any contact with his biological parents.

“I have one set of parents, the ones that raised me. That’s how it is,” the Yankees superstar told Newsday. “Some kids grow in their mom’s stomach; I grew in my mom‘s heart.

“She’s always shown me love and compassion ever since I was a little baby. I’ve never needed to think differently or wonder about anything.”