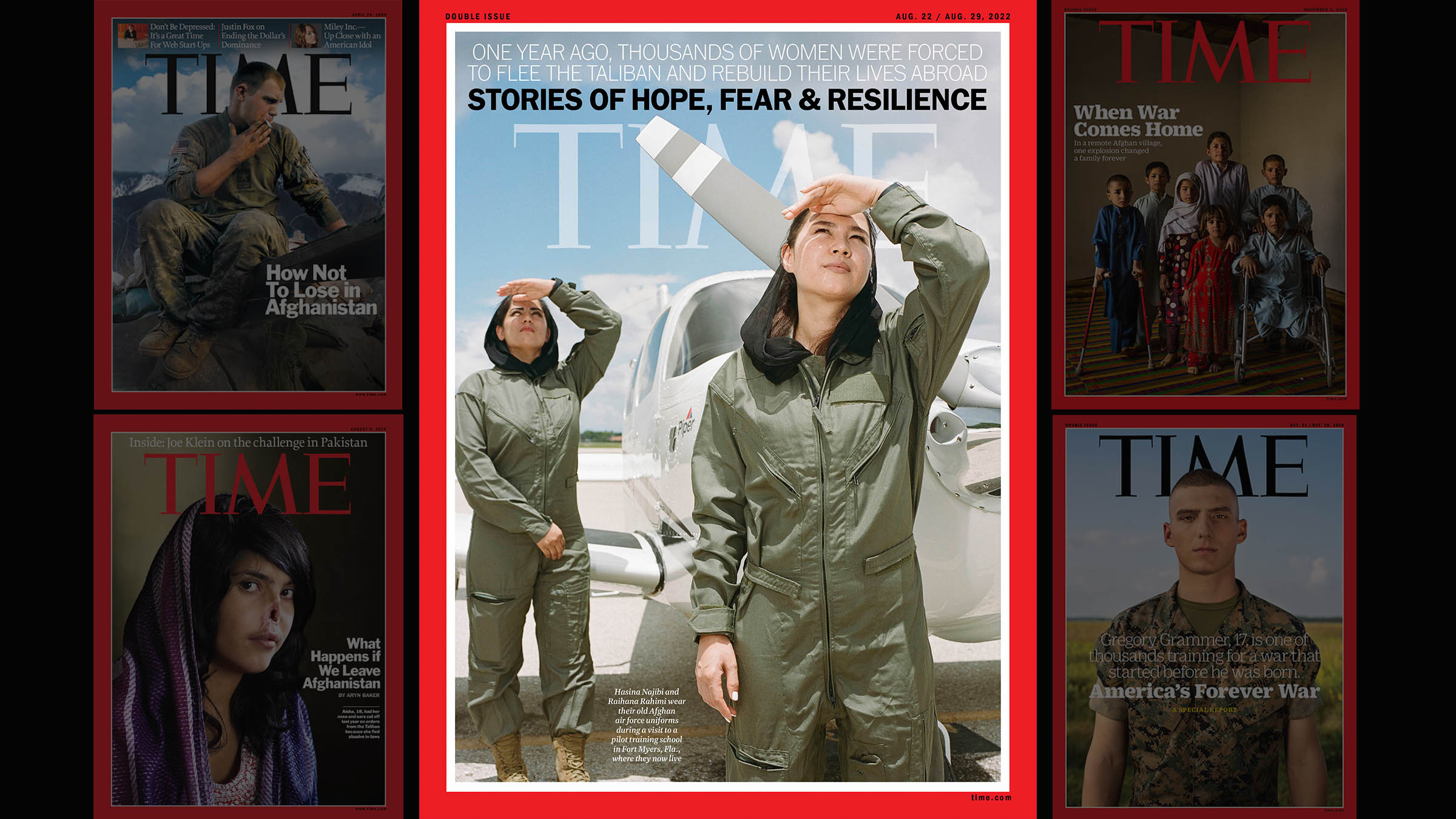 OLongest War , already in use in 2009, TIME published more than a dozen covers on Afghanistan and the Taliban. Perhaps best known for her 2010 photo, which featured a shocking and disturbing portrait of then-18-year-old Vibia Aisha,32 whose husband was a Taliban fighter. but had his nose and ears cut off after trying to escape. their forced marriage. Its cover story, written by senior correspondent Allyn Baker, explored what would happen to Afghan women if America withdrew from Afghanistan.

Today, of course, that is no longer a hypothesis. To mark her one year since Kabul fell to the Taliban,the year in which womenlost many of the freedoms they had in the last two decades. Ferris-Rotman and Zahra Joya are participating in the special project. The package's powerful visuals were curated by TIME's her Sangsuk Sylvia Kang, Paul Moakley, and Katherine Pomerantz. Working with women writers and photographers from around the world, and with a grant from her Pulitzer Center, the team set out to shed light on the experiences of women who had to leave Afghanistan, seeking to help their loved ones back home. I pursued a new dream while continuing to deeply worry about

The result is the international cover of this issue. The film tells the story of eight Afghan women who have fled the Taliban since last August and are trying to start new lives in places ranging from Fort Myers, Florida to Nice and São Paulo, France. For Ferris–Rotman and Joya, the project was particularly personal. Ferris-Rotman, formerly based in Afghanistan, founded an organization that mentors and trains Afghan women journalists. Joya, one of TIME Magazine's 2022 Women of the Year, became one of many new Afghan refugees last August. From her home in London, she runs her Rukhshana Media, which aims to tell the stories of Afghan women. Rukhshana Media will publish the project in English and Dari on her own website. Make sure many readers are reflected in the story.

This journey of her eight women Various. Some are stories of hope. some horror. Everything is a story of resilience. “What we need is not sympathy or empathy,” says Masouma Her Tajik, a 23-year-old Rutgers University student who left Kabul for Kyiv. ``What we need is an opportunity to pave our way.''

Former Afghan Air Force pilot Laihana Rahimi appears on the cover with Hasina Najibi, Afghan journalist. , interviewed by Faranaz Folotan, expressed similar sentiments. "I am determined to find a way back into my profession," she says. "This is the dream that keeps me alive." Contact us at