William Shatner made history when he became the oldest person to travel to space – but the experience left him in tears.

In October 2021, the "Star Trek" alum embarked on the adventure of a lifetime with the help of Jeff Bezos’ aerospace company Blue Origin. The Amazon empire founder credited the actor with igniting his interest in space travel.

The 91-year-old was one of four crew members aboard the New Shepard rocket for the NS-18 mission. It took off from Launch Site One in West Texas. The Emmy winner recalled his experience in a new book titled "Boldly Go: Reflections on a life of Awe and Wonder." In it, Shatner wrote that his trip to space "was supposed to be a celebration." Instead, it "felt like a funeral." 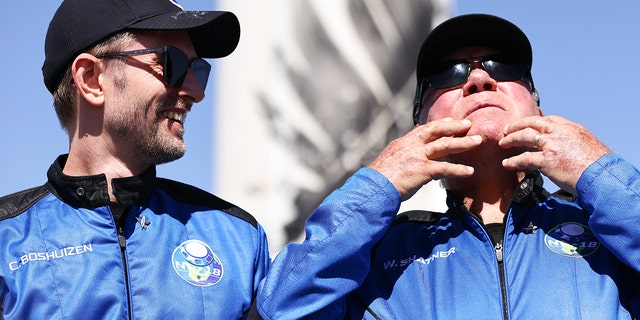 ‘Star Trek’ actor William Shatner (R) gestures as Planet Labs co-founder Chris Boshuizen looks on during a media availability on the landing pad of Blue Origin’s New Shepard after they flew into space on October 13, 2021, near Van Horn, Texas. Shatner became the oldest person to fly into space on the 10-minute flight. They flew aboard mission NS-18, the second human spaceflight for the company which is owned by Amazon founder Jeff Bezos.  (Photo by Mario Tama/Getty Images)

"When I landed and came out of the spaceship, I was overwhelmed by a feeling and I started to weep," Shatner recalled to Fox News Digital. "I didn’t know what I was crying about. And it took me a couple of hours to be by myself to figure out what’s the matter with me. And then I realized I was in grief for this beautiful world that I could see more clearly from up in space… This planet that took 5 billion years to evolve into what it is now. And all the multitude of things that we human beings can love and be aware of that are so beautiful. Never mind the elephants and the great predators and all that stuff… but the stuff today. The child, your fingers. I mean, everything abounds that is a miracle and is beautiful – and we’re destroying it."

"That was my overwhelming feeling of, ‘Oh my God, what are we doing to this tiny rock?'" the actor added.

The star, who is in his twilight years, has been in deep reflection about Earth and what it holds for the future. Shatner noted that his aerial adventure gave him a deeper appreciation for life and all its blessings. It also made him concerned about how the planet and its gifts are being taken for granted. 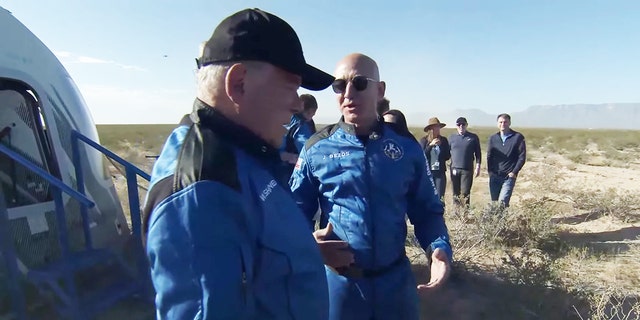 "… It’s black – it’s palpable black," Shatner described his view from the great beyond. "And when I was looking at where we were coming from and saw the beige and the blue and the white of this extraordinary place we live in, I saw death and I saw life."

Shatner has led a decades-long career with hit shows, such as "The Defenders," "T.J. Hooker" and "Boston Legal," along with the original "Star Trek" series and films. However, these days, Shatner is not thinking about Hollywood. He said that reflecting on his life and the many lessons he learned along the way helped him come to terms with death.

"Well you know, you can write about it all you want, and you could talk about it," he explained. "And you can get advice from people who don’t know any more about death than you do because nobody knows anything. And it still doesn’t matter if you have a belief system, which I envy… I see the vibrating connection of the universe of which we are a part of. And it would seem likely to me… we are made of stardust, and we return to stardust. 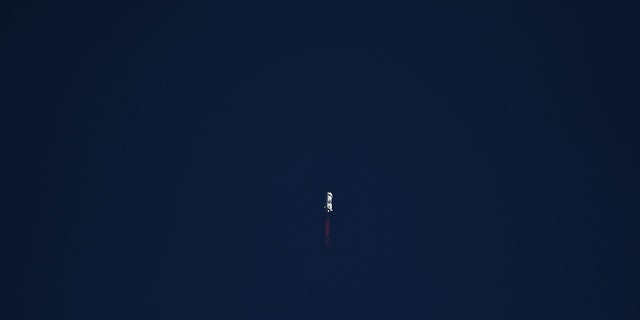 "But the question that we will always ask is, what happens to this thing? We are talking about death and anticipating death. And I don’t know of any other animal that might do that. Elephants mourn. They take the bones of [other] dead elephants. They know something. They know that there’s a concept of death there, I think. But I don’t think they ask, ‘Where does the soul go? Where does that life energy go?’… Of course, nobody knows."

Shatner noted that as he reflected on death, his appreciation for life has only grown, and each day is a chance for him to continue pursuing his passions. 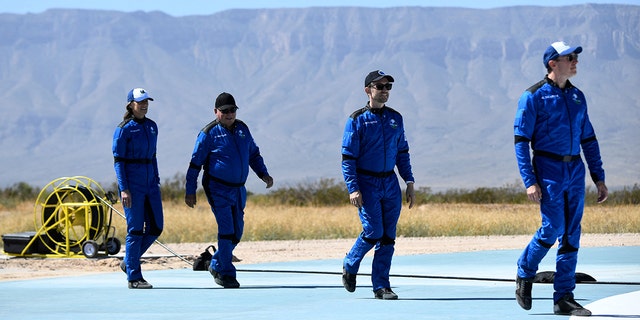 And the questions continue to persist.

"It's impossible for [this] to be the only world," Shatner explained. "There are other intelligent entities out there, probably since life is so ardent. There's such passion in life that… it’s everywhere… And everything in life has a passion to live. So, you think that's only on this little rocky planet?"

"… I've been playing with this idea of how connected we all are to the universe and, even more specifically, how deeply the connections to our world that we are," he added. 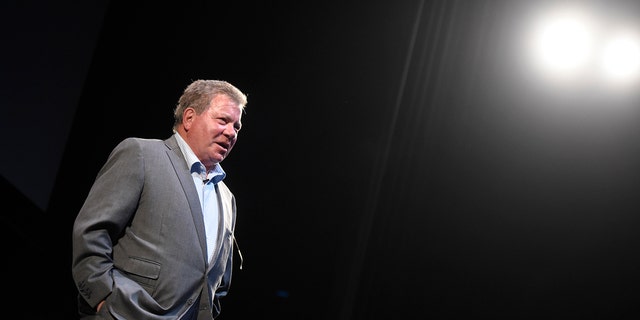 Actor William Shatner said he has been thinking about life - and death. (Kris Connor/Getty Images)

In his book, Shatner wrote that despite his overwhelming feelings of grief, his experience traveling to space gave him "hope to my heart."

"In this insignificance we share, we have one gift that other species perhaps do not: we are aware — not only of our insignificance, but the grandeur around us that makes us insignificant," he wrote. "That allows us perhaps a chance to rededicate ourselves to our planet, to each other, to life and love all around us. If we seize that chance."