USA
Trusted
Politico
An article was changed on the original website 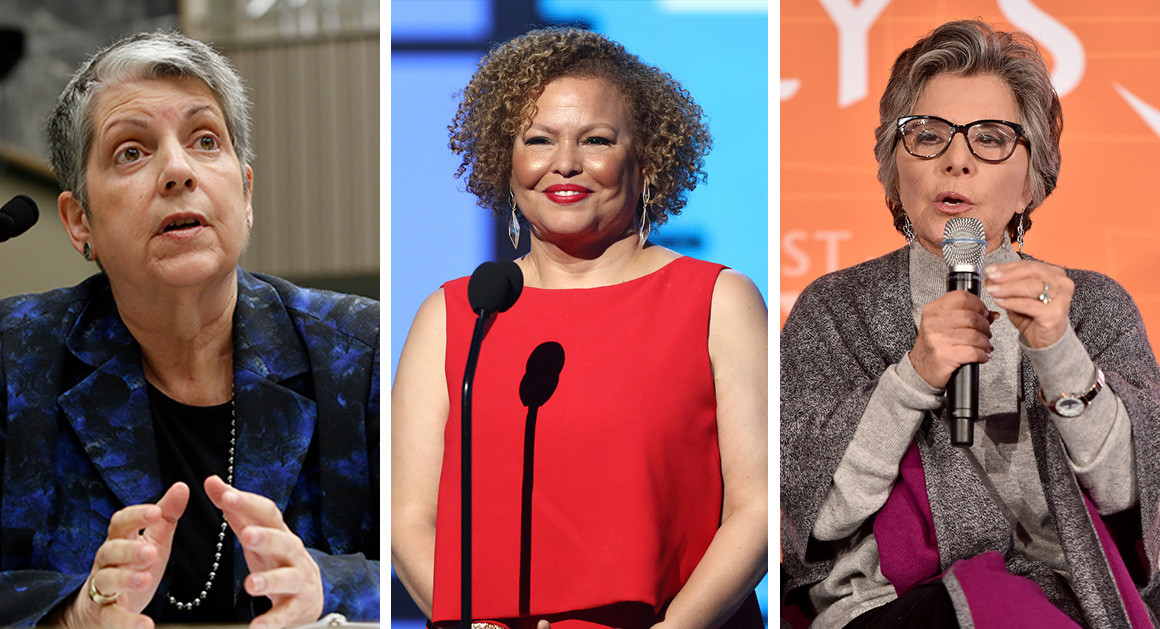 On June 5, Women Rule will host its first summit in Los Angeles, bringing together female leaders for a half-day program of discussions and networking. The summit will convene the business, media, political, philanthropic and Hollywood communities for conversations around how to change paradigms and perceptions around gender – and why now is the moment to act.

Discussion topics will include:

State of Politics: A discussion with political operatives about how politics has worked, is working (or not working) now, and what to expect as we near the 2020 presidential election.

The 2018 Midterms: Women are running for public office at an unprecedented rate; more than 13,000 candidates threw their hat in the ring. On the day of the California primary, which has 68 women running, how are these women faring nationally, what are the early indicators, and what should we all be watching as we head into the 2018 midterms? If a new sea of women take office, how will that impact the policy process and what policies are tackled?

Advocating for Your Best Professional Self: Leading women from the Women Rule community who have transitioned careers, started their own businesses and had success share their advice. What did they learn? What do they wish they knew when they started? What advice would they give to women moving forward?

Utilizing Powerful Platforms for Purpose: This panel will feature women who are in the business of leveraging their unique positions to build and support organizations that create impact and drive social good.

Changing the Narrative: This panel will hear from trailblazing women about how they’re changing the game and discuss how these paradigm shifts will impact future generations of women.

Getting to Equal Pay: This panel will identify the forces at play in the workforce driving wages for women and what can be done to achieve equity.

Navigating the Corporate Ladder: Research has shown there are common points across industries where women drop off the corporate ladder. This conversation will unpack why that is by surfacing the areas where women hold themselves up and by exploring what the role of the corporation is in the shared responsibility for advancing women to more leadership positions.

Showsport supports the journalist Ivan Safronov, accused of treason. This is a very suspicious case
Mario Gomez, Pizarro, Emre, lomberts and other heroes who finished their careers this summer
Dyer was suspended for 4 matches for a brawl with a fan in the stands
Jorginho is unhappy that he doesn't play enough at Chelsea. Sarri wants to invite him to Juventus
The crazy story of the referee who forgot the rules and gave 16 extra penalties. All because of the new rules of the series
Havertz told Bayer that he wanted to leave. Chelsea is ready to pay 70+30 million euros for it
Spartak-Lokomotiv: who will win?
Source https://www.politico.com/story/2018/06/04/women-rule-los-angeles-summit-schedule-621825

Even without a Covid-19 vaccine, there's reason for hope

A coronavirus consultant shares how she advises businesses on reopening

A Phoenix hotel houses homeless coronavirus patients. Here's what it's like inside

Daywatch: Inside Illinois’ graduated-rate income tax fight, Sen. Tammy Duckworth fires back at Tucker Carlson and U. of I. offers saliva-based COVID-19 tests

Why Women Can’t Succeed in the Republican Party

US admirals in South China Sea: Everyone wears a mask

Paolo Sorrentino To Helm ‘The Hand Of God’ For Netflix

Usain Bolt shares first pictures of his baby daughter, revealing a name fit for a champion

WHO admits 'emerging evidence' of airborne transmission of coronavirus

How Could Human Nature Have Become This Politicized?

L.A. activists grapple with the legacy of the 1992 uprising on Asian-Black relations

What Message Did David Duke’s Voters Send to Everyone Else in Louisiana?

Demand escalates for pet food pantries during COVID-19 crisis: ’We didn’t know how we were going to manage’

China threatens visa restrictions on US officials over Tibet

The Little-Known Athens, Georgia, Band That Taught Its Town How to Make Art and Music Together

Rep. Zeldin calls on NYC Mayor Bill de Blasio to be removed from office to save city

The University of California announced its first Black president

MLS to resume season minus 1 team amid growing virus concern

Coronavirus updates: US sets another grim record with over 60,000 new cases in a day

Churches Were Eager to Reopen. Now They Are a Major Source of Coronavirus Cases.

Baseball Summer Camp - Sharpening Skills While Fending Off The Coronavirus

Prince William 'is in no rush to be the king,' won't bypass Charles for the crown, royal expert says

Virus-Tracing Apps Are Rife With Problems. Governments Are Rushing to Fix Them.

They Splurged on Fancy Clothes Before Quarantine. Now What?

On Some Planes, Empty Rows While Passengers Crowd Together

The Chicks Are Done Caring What People Think