His team had just finished its final home game of the season with a 3-1 loss to the Orioles on Sunday afternoon, one that came with a furtherance of all the issues that have plagued the Yankees’ bullpen recently.

To recap: Zach Britton is out for the rest of the season with left arm fatigue, Clay Holmes is likely out for the rest of the regular season with a shoulder issue. On top of that, Ron Marinaccio left Sunday’s game with a shin issue and Aroldis Chapman was the losing pitcher on Sunday, issuing three walks in a two-run, Little League-style seventh inning. Boone, afterwards, was asked whether he was concerned about Chapman, who has experienced a precipitous decline this season.

“Um, yeah,” he finally answered. “We just talked about that. So yeah. Sure, it’s a concern.” 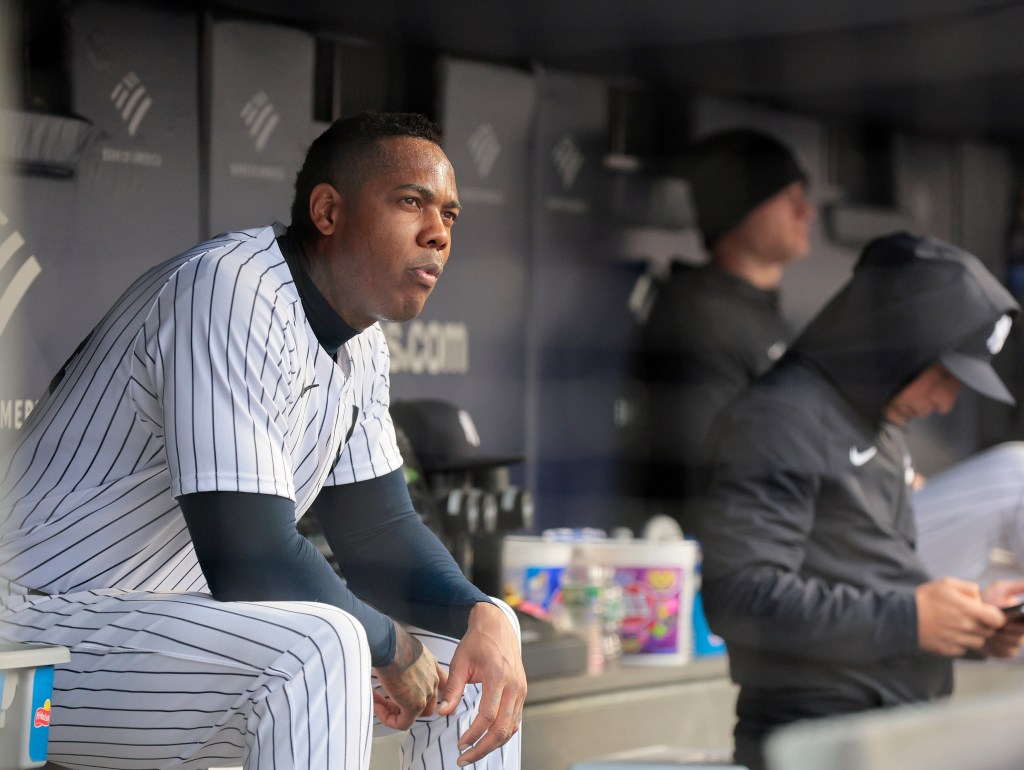 Since returning from his tattoo-induced absence, Chapman had been more or less fine, struggling a bit with his control but not allowing a run in five appearances. Then came Sunday, when all the issues that plagued him earlier in the season came roaring back, and so too did questions about whether he will be worthy of a postseason roster spot.

The troubles started with a play that wasn’t entirely Chapman’s fault, a hard ground ball to third that Josh Donaldson bobbled and was ultimately scored a hit. But Chapman then walked three of the next four hitters, leading Boone gave him the hook and bring in Marinaccio to finish the seventh.

“Nothing in particular,” Chapman said through an interpreter, regarding his issues finding the zone. “It’s just there, haven’t been executing consistent strikes. Been something that has happened to me this season.”

If Chapman was pitching to the level he has in the past, the Yankees would be going into the postseason dependent on him as the only sure thing in the back end of their bullpen. Instead, they head into the final series of the regular season in Texas with his postseason status entirely in question.

“He just didn’t rein it in quite enough,” Boone said. “Didn’t get completely wild and everything, so he was competitive with each hitter, and then the inning got kinda long on him. Kinda had to get him outta there.

“I didn’t feel like he lost the zone or anything too much. I thought they put some competitive at-bats and he just wasn’t able to ultimately finish guys off today.”