On Wednesday, while Pope Francis was discussing the relationship between old and young, a little boy rushed onto the stage to the pope's delight.

The audience in the Paul VI Hall began a jubilant applause as an unidentified boy ran to the Pope's side and the Pope welcomed him and stroked his head. 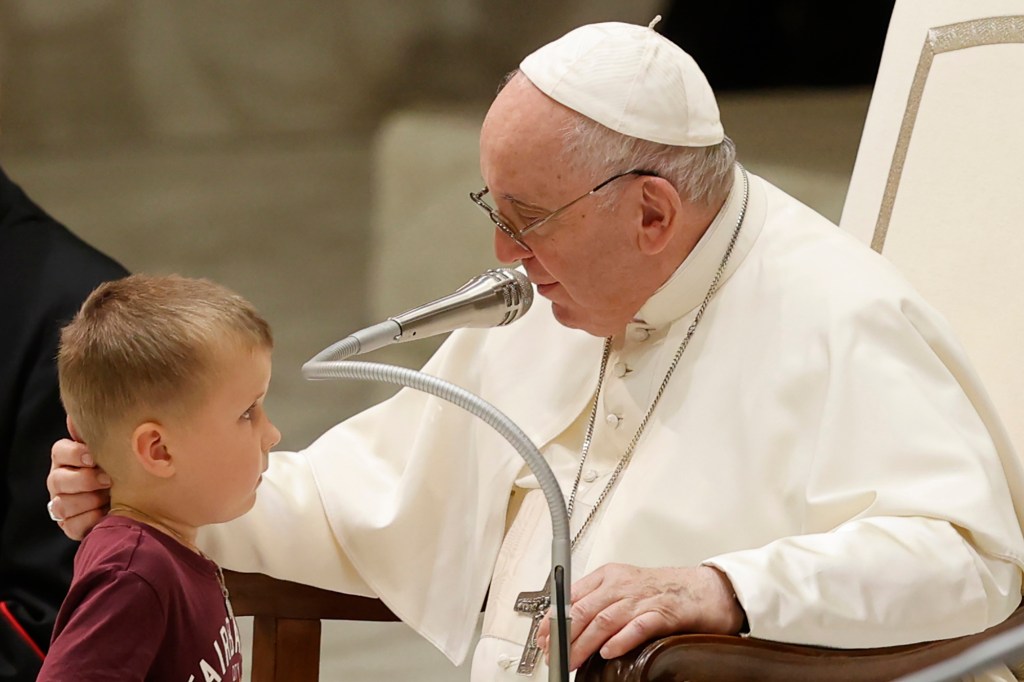 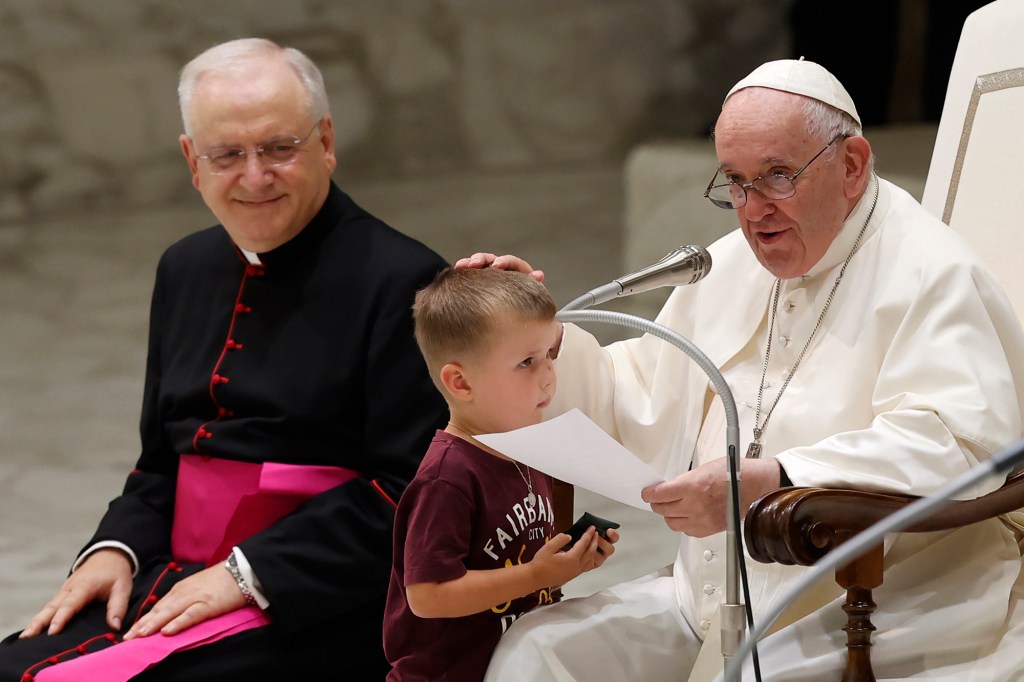 "How are you? What's your name?" Francis asked in Italian. "Do you like being here? Make yourself comfortable."

The boy then stood by his side for the rest of the audience. And we were talking about dialogue between young and old, huh?” Francis said, gesturing at the boy. "This guy was brave, stay calm here."

General audience attention on Wednesday The child's appearance wasn't the only thing to do. 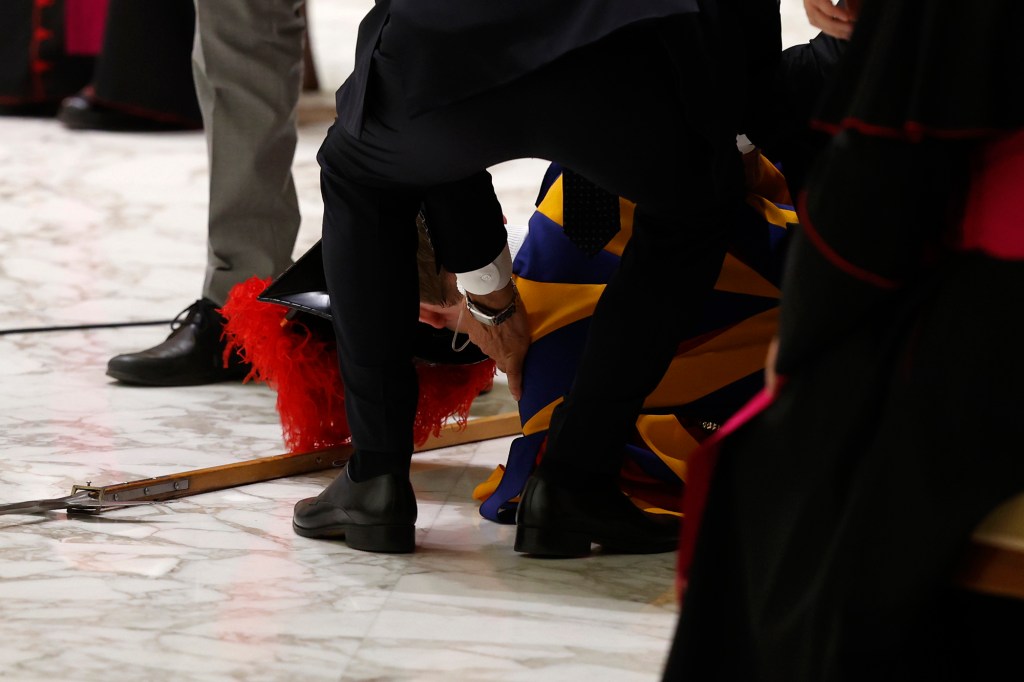 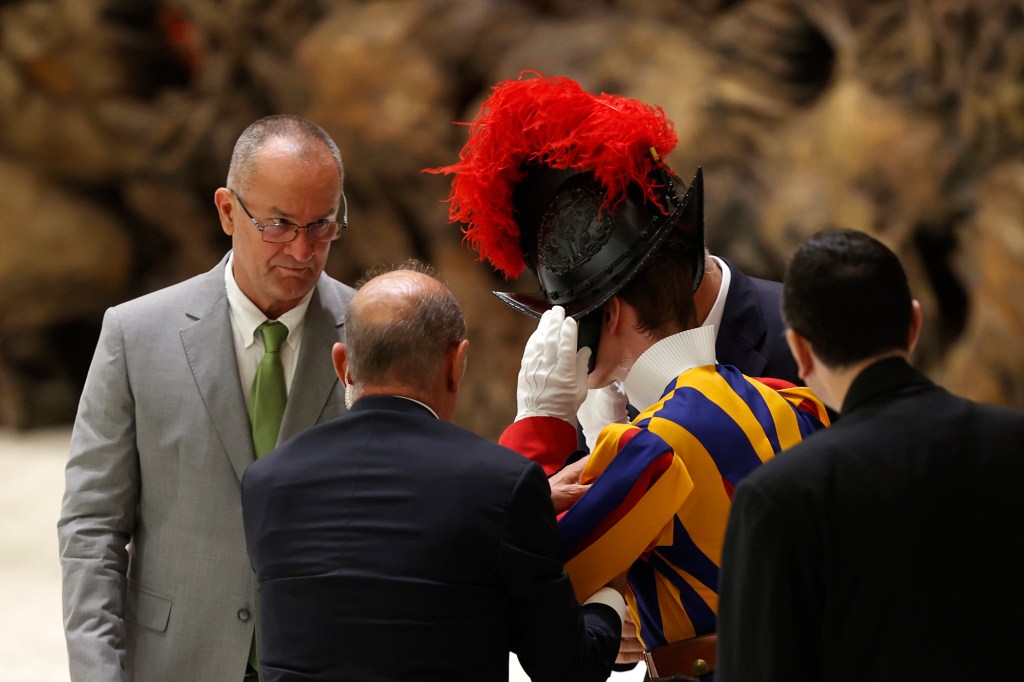 Members of the Swiss Guard also fainted in front of the Pope, losing consciousness due to a "drop in blood pressure," according to the Vatican. AFP News reported that officials said the guards were "in good spirits" after the incident.

At an event last week, Pope Francis met with a group of transgender people who had found refuge in a church in Rome during the pandemic.