It took only a day after Jets dynamic rookie running back Breece Hall was lost for the season to a knee injury for general manager Joe Douglas to pull the trigger on a trade to bring running back James Robinson in as insurance.

As it turned out, it looks like Douglas might have been a bit too quick on the trigger giving up a conditional fifth-round pick for the former Jags back. Because Robinson was a healthy scratch from Sunday’s 31-10 Jets win over the Bears at MetLife Stadium and — all due respect to Robinson — he wasn’t missed.

Not with Zonovan Knight, playing in his first NFL game, rushing for 69 yards on 14 carries and little-used Ty Johnson rushing for 62 yards on five carries, including a 32-yard TD run.

Those two players were on the roster when Robinson was acquired. And you’d have to figure both will be prominent when the Jets play next Sunday in Minnesota.

It came as a mild surprise to see Robinson on the inactive list, making way for Knight to play for the first time.

“ ‘Bam’ has been doing a really nice job,” Jets head coach Robert Saleh said of Knight. “From a style of running, I think everyone saw just one cut, get vertical. I felt like, over the past few weeks there has been a lot of meat on the bone in the run game. We felt if we could just get vertical and get rolling. With James, he is still learning our system. There are still things he is getting comfortable with. No one has seen the last of him.

“I just thought this would be an opportunity to get a change of pace with Bam, who gets vertical pretty quick.” 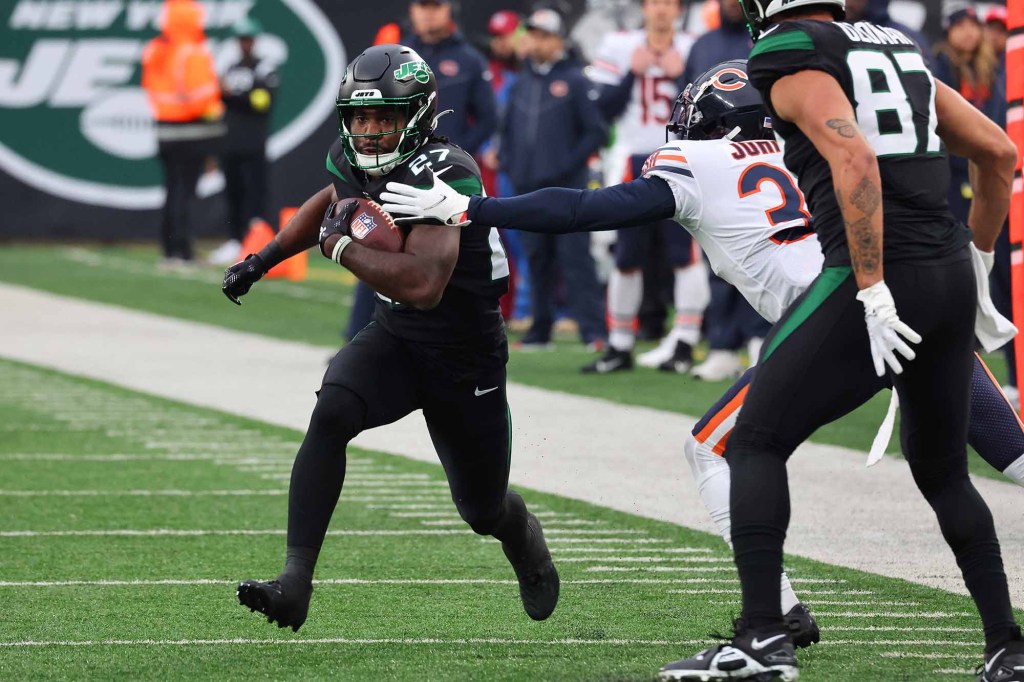 Knight called the opportunity “a blessing.’’ He got more opportunities when Michael Carter was knocked out of the game with an ankle injury.

“I didn’t even know he was out,” Knight said. “I was wondering why I kept going back out there. Everything happens for a reason, so I’m glad that I was able to make the most of those opportunities and play.”

Knight said he slowly was getting signals during the week that he’d be active in the game.

“[Running backs coach Taylor] Embree had me stay after Monday and he said there was a chance I could be up this week, but I didn’t find out until Wednesday,’’ he said. “Even then, he said it still wasn’t a for-sure deal. So, I didn’t really know for sure until [Saturday] during the walk-through when he said, ‘You’re good, you’re going to be up.’ ’’

No one was happier for Knight than Johnson, who entered the game having just nine carries for 30 yards this season.

“Everyone wants to see each other succeed,” Johnson said. “Whoever’s in there has a chance to eat and when one eats, we all eat.” 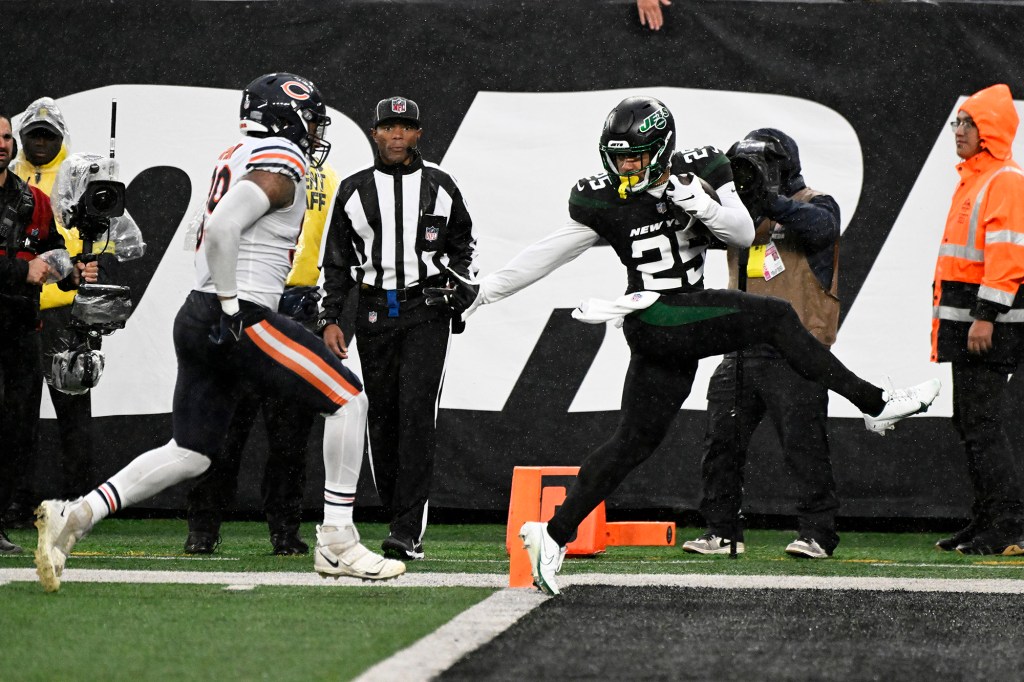 “Man, he did his job, he puts in the work, comes in early and asks the right questions,’’ Johnson said.

As for his 32-yard TD, his first score since last season that gave the Jets a 31-10 lead, Johnson credited left tackle Duane Brown and receiver Denzel Mims for blocks the paved his way.

Brown said, “I knew once he got to the second level it was going to be tough to tackle him. He’s always got something to prove. That’s the way he runs, he has that type of mentality.’’