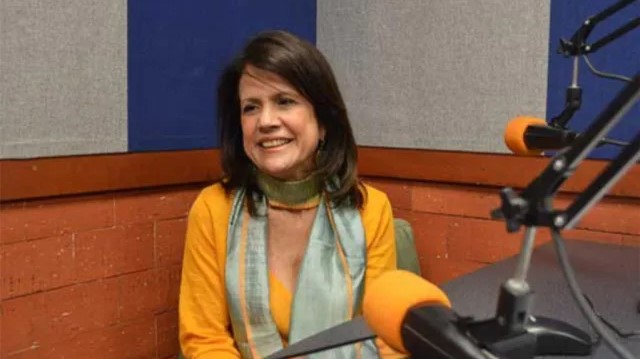 After more than three weeks, and since the official deputy to the illegitimate National Assembly (AN), María Carolina “Carola” Chávez, announced a possible reform to the Law on the Exercise of Journalism, alarms have been raised in the union.

Uncertainty prevails in the environment, although the National Association of Journalists and experts in the field have not had access to the draft bill, they affirm that the parliamentarian’s statements are aimed at the deprofessionalization of journalism.

On July 13th, 2022, the Second Vice President of the Permanent Commission of Communications of the National Assembly (AN) of the official majority, Carola Chávez, announced that working groups were set up for the review and reform of the law. “You cannot make a law just for graduate journalists when different forms of exercise are taking place in society,” she said.

She also said that one of the purposes of the reform would be to give recognition to the so-called popular communicators, “journalists who did not go through the academy, but through the university of life.”

In the opinion of the renowned journalist and broadcaster Charito Rojas, who hosts the program “Aquí entre nos” on the Unión Radio Valencia Circuit, this represents one more step in what the ruling party has proclaimed that “anyone can do anything” without adequate training, as she assured, has occurred in the case of the so called “community doctors”.

In addition, Ms. Rojas considered that this law reform proposal has the absolute intention of removing journalists from their professional positions so that any other person can do the work of a social communicator, which translates into a risk, because information will not be treated with journalistic criteria, ethics and responsibility.

“Clearly, Deputy Chávez has no idea what the profession of journalism is. She doesn’t know that to be a journalist you don’t just need a phone and knowing how to use Tik Tok or any application. You need the content, the information, responsibility, methodology, study, ethics, teaching, and that’s what the university gives you (…) A profession implies an entire university education, it means good teachers, practice, so many things that they want to erase with a stroke of the pen only because Tiktok looks very nice for you, you are an influencer, you publish the photo and you get I don’t know how many likes, that is not journalism,” said Rojas.

The Law on the Exercise of Journalism establishes that in order to practice the profession it is necessary to be registered with the National Association of Journalists (CNP), as well as to have a university degree in Social Communication.

The Responsibility to Report in Remote Areas

On the other hand, journalist Rojas, who has extensive experience in covering political sources, highlighted the relevance of the journalist’s work when dealing with information from remote areas, where the presence of independent media outlets is made ever more and more difficult.

She stated that in these geographic areas, some of them besieged by irregular armed groups, there are many information gaps. However, she pointed out that when a journalist receives some information about an event in the area, it is their duty to check that information in order to transmit it responsibly. Hence the importance of people having university education to practice journalism.

“Normally, in the most remote places there is always a radio signal and that is why respect for consolidated radio stations is so important, because for many years we have had problems with clandestine stations that broadcast information at their pleasure, and these are instances that reveal to you how important proven, serious media coverage is, without political interests in the area,” she added.

The current law governing journalists was enacted in 1994, and has not been changed since. The first Law of the Exercise of Journalism was approved and promulgated in 1972.

Given this, Ms. Rojas, a graduate of the Andrés Bello Catholic University, believed that the current legal instrument lays the fundamental foundations for the exercise of journalism and, in any case, what should be regulated is the inclusion of new communication channels.

“The Law on the Exercise of Journalism when it was issued did not consider other alternative media, the multiplicity of media, of channels, but only in this aspect could there be some type of breadth or inclusion of news portals, of the classification of broadcasts in intelligent media (…) The laws need modern regulations more than be modified in themselves,” said Charito Rojas.