CVG workers: Our colleagues die of decline because they do not have implements 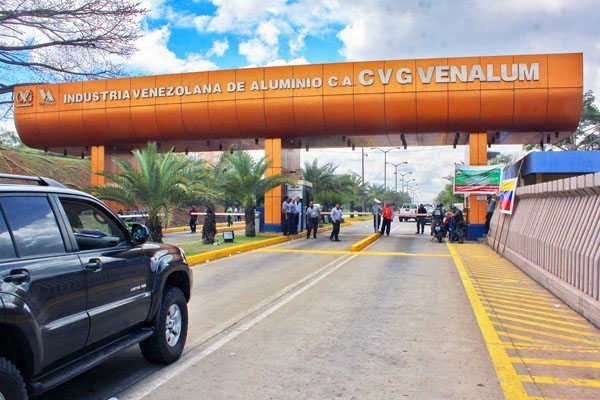 The workers of the basic companies of Ciudad Guayana have taken to the streets and raised their voices to denounce the very poor wages and low production, but recently they have focused on an issue that they had left aside: job safety.

José Basanta, spokesman for the “Intersectorial de Trabajadores de Guayana” and union leader of Bauxilum, reported that last year there were three significant accidents at work.

“One of them was the case of a heavy machinery operator, almost crushed by a forklift and lost three toes. Someone else got some material in his eyes, he was a new kid, he didn’t have safety glasses. He is a mechanic and he lost his sight because of this. And the last one had a heavy ring fall on his knee and it got fractured,” the leader explained.

So far this year, only one accident has been registered in Bauxilum (Aluminum National Corporation). “It was a mechanic who was doing some repairs and the engine fell on his leg.”

“We have focused on claiming benefits, wages and have somewhat neglected job safety. Seeing what has happened in Ferrominera and Venalum. At the latter company, a worker nearly lost his scalp in an incident with a forklift. We must join efforts to also claim on this issue of god safety,” said Mr. Basanta.

Union leaders who live in Ciudad Guayana revealed to a lapatilla.com team that the workers of the basic companies are working in precarious and unsafe conditions. But to this is added the pressure and persecution to which they have been subjected.

“The workers are also forced to comply, plus they are harassed, that those who do not work and who do not comply with their tasks, are threatened with being sent home (and no pay). Right now each worker has to carry their own drinking water, many of them use boots that they must buy with money out of their pocket, because there are no safety boots, helmets, glasses or masks,” said Basanta.

The union leader stated that “the mechanics are supposed to be issued new gloves at least every two weeks and when they go to make the change, they must take the old or used one, so that they can give them a new one. This is how this issue of job security is being handled in Bauxilum.”

But Basanta highlights that there is also responsibility on the part of the workers. “With the issue of fear, of not being sent home, I mostly recommend that health come first. No one is forced to work in a high risk area without security implements, but that is what they want us to do applying psychoterror.”

According to statistics managed by the Venalum prevention delegate, José Amézquita, so far in 2022, some 85 workers have lost their lives in work accidents in that state company, which shows that none of the basic companies of Ciudad Guayana escape this serious situation.

“In the writs that we have introduced in the different organisms, we warn that we must not wait for a fatal accident to occur. And there have been no more deaths in the operating plants by the mercy of God, because the conditions are ripe for fatal accidents to continue to occur,” the labor leaders added.

For its part, in less than three weeks two work accidents were recorded at Ferrominera (National Iron Ore Corporation). In the first, the deadly victim was Julio César Barroso García, 57, who had worked for 34 years in the wagon workshop of the “Ferrominera Orinoco” Railway Management, in Puerto Ordaz, Bolívar State, in southern Venezuela.

And in the second, Aquiles Mosiso Martínez was injured, and suffered injuries to his face and legs. According to his co-workers, the man was operating machinery to extract material in the mines when a fragment of stone and sand fell on him.

The coordinator of the “Intersectorial de Trabajadores de Guayana” (ITG), Rubén González, pointed out that “President Abel Jiménez and his management team were responsible for all these accidents. They eliminated the prevention (labor safety) delegates.”

“The colleagues work in a climate of total defenselessness and those who demand working conditions are intimidated or kicked out of the company.