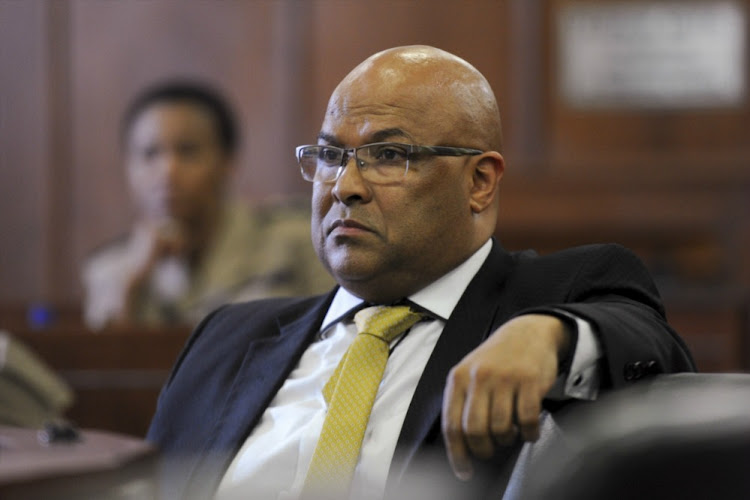 The war between the two goes back to 2018 before Fraser was shifted to his current position as prisons commissioner.

It was Fraser who fired the first salvo early when he withdrew a security clearance for Dintwe, who in retaliation dragged him to court in an attempt to reverse that decision.

Fraser had claimed that Dintwe was not fit to handle sensitive information while Dintwe fired back that Fraser was only interested in squashing investigations by the office of the IGI into his alleged misdemeanours while he was spy boss.

Dintwe on Tuesday told the Zondo commission of inquiry into state capture that Fraser had also apportioned to himself powers to “undermine the independence of the IGI” and make the office dysfunctional.

According to Dintwe, in November 2017 there were six critical vacancies in his office, including that of office manager, which needed to be filled urgently to ensure the office functioned at full strength.

The other five “critical posts” were IT specialist, and four oversight principal officers each for crime intelligence, defence intelligence, domestic branch and foreign branch who would make up the executive committee together with the IGI.

Fraser, petitioned to release money to fund these vacancies, rejected doing so in a manner that was “undermining the independence” of the office, charged Dintwe.

“So in November 2017 I wrote a letter to the DG [Fraser] after speaking to the minister [David] Mahlobo who said in principle 'I do not have a problem, give us the list of the positions you want to be filled'," said Dintwe.

“I informed Mr Fraser of my intention to commence with the recruitment drive. Though those posts were funded, I still needed Mr Fraser to release the funds to fill the posts because the only money they released to us was for warm bodies.”

Fraser wrote back to the IGI: “Regrettably, the SSA is unable to adhere to your request for funding of the posts as identified in your letter. The SSA had adopted and endorsed its strategic development plan and as a result thereof realigned its organisational structure.

“This process is under way and in its final stages. Once the final structure has been approved it will inform the recruitment strategy as to what the priorities are in terms of filling of vacant posts.”

“What does that have to do with you,” said a chuckling Zondo to which Dintwe responded with an emphatic “nothing, chairperson”.

Dintwe said it was for this reason among others that he submits to the commission that it recommends in its report that the independence of the office of the IGI be affirmed in law, away from the SSA and the minister of state security, if it is to operate effectively.

“It was irrational [of Fraser to tell us how and to recruit staff]. It is unreasonable and wrong for all reasons,” said Dintwe.