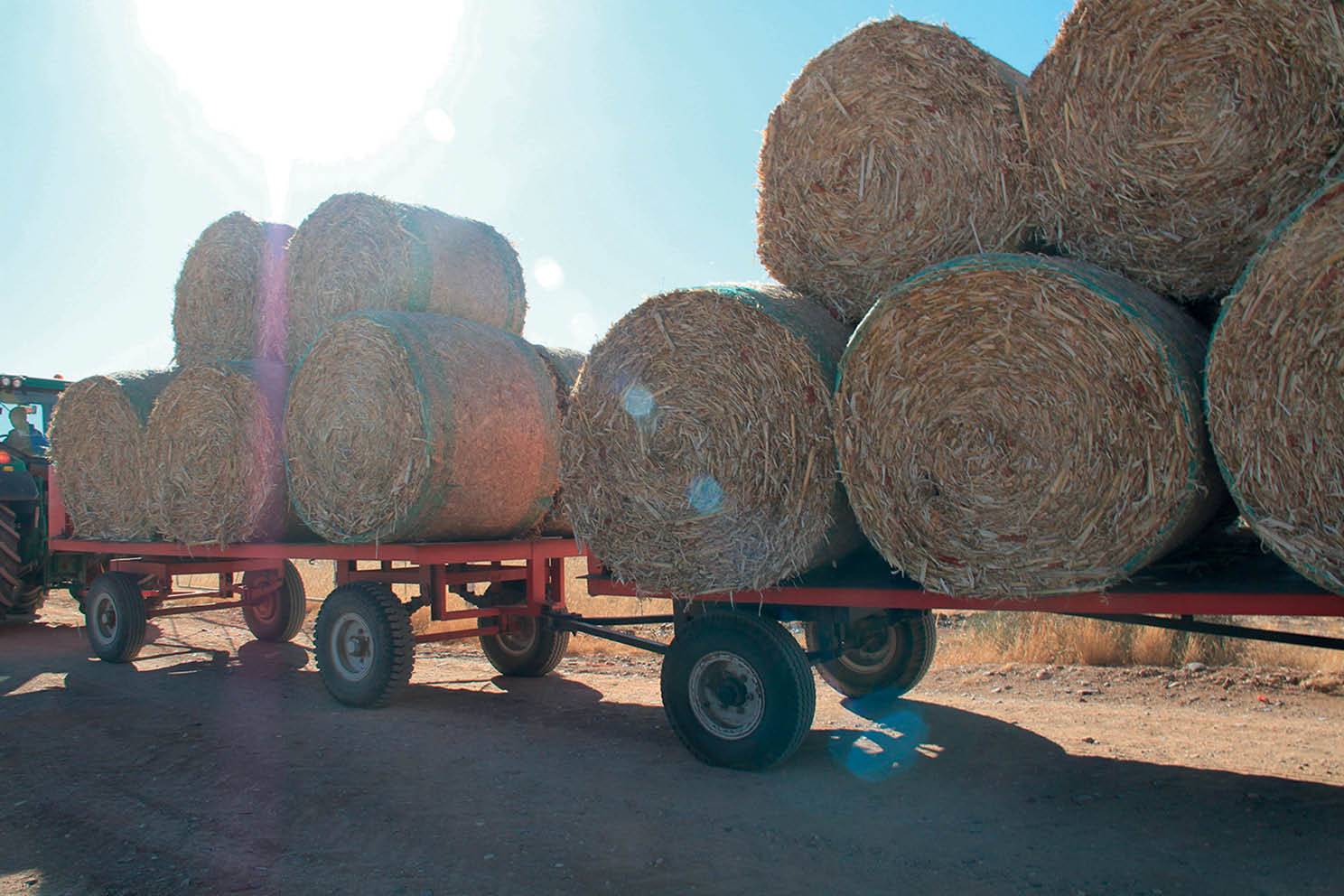 The European Union has set a target that at least 0.2% of all transport fuels should be made from advanced biofuels next year.

Turning bales of straw into ethanol is about to become a highly profitable venture in Europe, according to a firm that just opened a production site in the continent.

Clariant, a Swiss chemicals maker, just opened a facility in Romania to make so-called advanced biofuels, which use agricultural waste or non-edible crops to make fuels that can be blended into gasoline and diesel. That’s environmentally better than so-called first-generation ethanol currently on the market, which is made from foodstuffs like sugar or corn.

"We expect double the price to first generation," he said. That’s "simply because it’s legislated," he said.

Clariant built the plant mainly to promote its technology, which it now wants to license to other companies.

The European Union has set a target that at least 0.2% of all transport fuels should be made from advanced biofuels next year, rising to 2.2% in 2030.

Clariant’s technology could also be used in chemicals and aviation. "This is a prime example of a circular economy solution," Keijzer said.

Nigeria: Nembe Oil - We Will Unravel Cause, Volume of Spillage - NOSDRA

Midnight feast? Moshe Ndiki is convinced he was bewitched…

Focusing on tackling HIV in the time of a pandemic

Teacher fired for hitting pupils, insulting female colleague fails to get job back

Understanding your financial behaviour helps you manage your money well

From vinho verde to rosé: A world tour of wine trends for 2022

Teacher fired for having sexual relationship with pupil

Look on bright side to overcome gloom

Ramaphosa will ‘soon’ meet command council amid surge in infections

Life getting you down? You might be able to reinstate your application for the R350 grant

Minnie Dlamini-Jones dragged after calling out MacG and Jub Jub

Hands off Jub Jub? Support pours in for rape-accused as he fights back

MTN: Workers not exempted from mandatory vaccine policy may lose their jobs

At outbreak epicentre, students shrug off Omicron and fret about exams

Nampak returns to profit as demand in Nigeria surges

THEMBA KHOZA | We better count our blessings as heavens open up

Gift of the Givers helps out after 3 netball players, 1 official killed in crash

‘Is this how you thank me?’: DJ Sbu slams MacG and Jub Jub [video]

Uganda: Contractor of Uganda-DRC Road Project Warned, Asked to Be Mindful of Timelines

Kenya: Enziu - the River of Death in Kitui

LETTER: Politics a meal ticket for the inept

Trump’s media company to get $1bn investment from Spac

‘Representation is everything’: Siya Kolisi surprises his youngest and biggest fan

Legal battle against Shell's seismic survey is far from over

Another day, another school shooting in America

Scientist who first sequenced Omicron worried by speed of change

Van Tonder glad to be home after securing ‘special’ victory

The world is in the same Covid boat – so why is Africa the scapegoat?