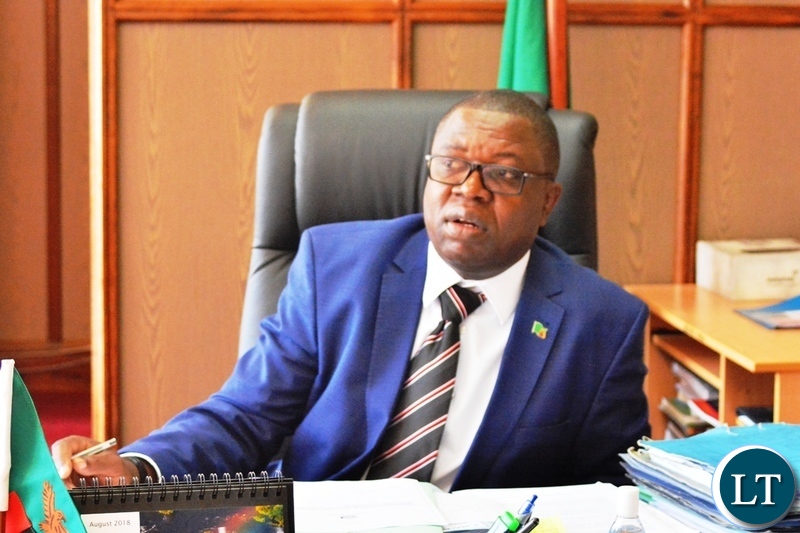 Government has encouraged chiefdoms in the country to establish traditional museums in order to preserve local culture.

Foreign Affairs minister Joseph Malanji says with careful documentation and artifact presentation through traditional museums, the country’s culture can be recorded, preserved, shared and understood by those from different cultural backgrounds.

Mr. Malanji said preservation of traditional daily life is important to secure cultures from the alarming rate of disappearance for the benefit of the future generation.

The minister used the occasion to reiterate government’s against early marriages.

“Despite the Zambian constitution prohibiting the vice, it has continued to rob thousands of girls in the country of their childhood rights and privileges, “ he said..

Speaking earlier, senior chief Kanong’esha applauded government for various developmental projects in the area, saying such gesture shows that President Edgar Lungu has the province at his heart.

He cited the Mwinilunga hospital project, upgrading of township roads to bituminous status, distribution of electricity to rural parts of the districts and many other projects that have changed the face of the area.

The traditional leader, who spoke through Chisemwa cha Lunda royal establishment chairperson, Anthony Samuhandu, however, appealed to government to expedite the completion of the unfinished projects such as the hospital and township roads.

Rivaldo on Griezmann: I Don't understand why the world champion and multi-million dollar transfer only comes out at the last minute
The Doctor Sociedad: The Youngster from serious injury. We are not currently considering the option of surgery
Klopp made Liverpool Champions. Now it's your turn: the game Showsport
Daughter of the owner of Valencia: This is our club and we can do whatever we want with it. Don't the fans understand?
Manchester City and Chelsea are Interested in Dean
10 years of Suarez's great save: hand saved Uruguay at the 2010 world Cup
Sane signed a contract with Bayern until 2025 (Fabrizio Romano)
Source https://www.lusakatimes.com/2018/09/17/government-calls-for-establishment-of-traditional-museums/

Zambia Debt Crisis and its Implications on the Economy

Working with the dead

Why you are as healthy as your internal age

Brothers Macky 2 and Chef187 collaborate on “Bring It Back Again”

People Must Express Themselves Respectfully-Young

Statement on the allegations of fraud and theft made against me by Mr. Lewis Mosho

Yes, I own 251 hectares in Masaiti and I am not giving it up for anyone-Kelvin Sampa

Insulting the President or Dora Siliya does not benefit anyone, Information Minister tells the Youths

NAQEZ Doubts Reopening Of Schools In 2020 For Non-Exam Classes

If John Sangwa wants to Petition President Lungu’s eligibility for 2021 Elections, he should do it now

Works on the Kafue Gorge Lower Power station have resumed

UPND plans to bring in outsiders to interfere with 2021 Elections

I have not been paid to support Bill 10-Wynter Kabimba

We Need Youths that will Contribute and Develop this Country

Government announces the reopening of the Luangwa South Bound Bridge

3 Chinese Arrested For Abducting Another Chinese

Bill 10 Debate: Court to Nullify Its Own Orders

Billboard Written in Bemba in Solwezi Sparks Outrage from Locals