Fremantle midfielder Caleb Serong feels his club will value this win over Hawthorn at the end of the season after being pushed throughout today’s game. 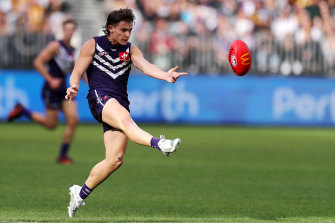 “We knew coming in that Hawthorn were going to be tough as they have played some ripper games against quality opposition,” Caleb Serong told Fox Footy.

“We weren’t 100 per cent sure what they would bring but we knew they would bring the pressure and they came in hot. We had to grind it out and it will be one of those wins that you appreciate at the end of the year.

“I feel like we are getting consistency around the stoppages. We were sloppy there in the first half but we were able to be more consistent as the game went on.”