Airbnb sued after Australians unknowingly made bookings in US dollars

The competition watchdog is taking Airbnb to court, accusing the short-term rental platform of deceiving Australians by displaying accommodation prices they didn’t realise were in US dollars.

The Australian Competition and Consumer Commission has launched proceedings in the Federal Court alleging Australian consumers saw accommodation prices only with a dollar sign between January 2018 and August 2021. Only in the very last stage of the booking process did some consumers see ‘USD’ in small font after they had chosen to reserve their booking, the ACCC says. 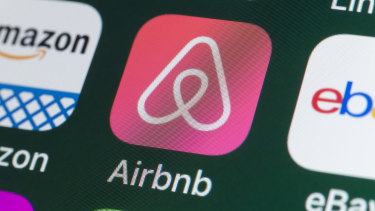 The ACCC is suing Airbnb.Credit:Domain

In the nearly four-year period, the average AUD-USD exchange rate was roughly $0.72 USD, meaning a $500 booking in US dollars amounted to nearly $700 in Australian currency.

Even after Airbnb received thousands of complaints about the issue, the ACCC alleges Airbnb further misled consumers by telling them they had selected to view listings in USD currency when they hadn’t.

“We allege that Airbnb’s misleading conduct meant that consumers were deprived of the opportunity to make an informed choice about whether, and at what price, to book their holiday accommodation on the Airbnb platform,” said ACCC chair Gina Cass-Gottlieb.

Customers not only had to pay higher-than-expected prices, but also currency conversion fees through their credit card provider.

Despite the volume of complaints, the rental platform didn’t make any changes until the issue was raised by the competition watchdog, Cass-Gottlieb said, adding that Airbnb hadn’t yet compensated any customer.

“We will be arguing that the court should order Airbnb to compensate people who were misled about the price of their accommodation,” Cass-Gottlieb said.

She said the ACCC’s decision to launch proceedings against Airbnb was intended as a signal to digital platforms that they must make accurate statements where purchasing decisions are concerned.