Disgraced Hey Dad! star and convicted paedophile Robert Hughes will be released from Sydney’s Long Bay prison and deported to Britain after being granted parole on Thursday morning. 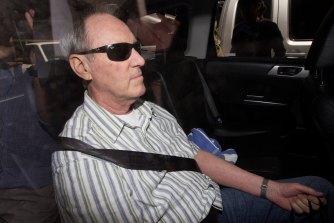 He has been imprisoned ever since, after being refused parole twice since his non-parole period expired in 2020.

Having renounced his Australian citizenship in 2019, Hughes will be deported to Britain when he is released from prison in a fortnight.