The body of the 16-year-old boy who went missing from Scarborough beach on Monday night has been found.

Matiyas Bekuretsion went for a swim with three of his friends at the popular beach when the group began to struggle in the water.

Three of the group made it to shore, assisted by a good samaritan who went to their aide, however Matiyas was not seen again. 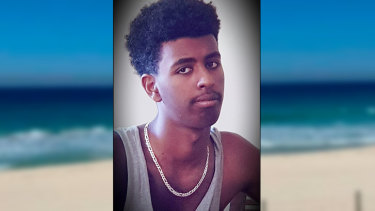 Police confirmed on Friday evening his remains had been found at Trigg beach.

Described as kind, relatives said Matiyas has aspirations to become an engineer or doctor. He had recently moved to Perth from Ethiopia.

During the search his uncle, pastor Tesfaye Mebratu Gebremariam said Matiyas moved to Australia two years ago in search of a better life and had fallen in love with his new home.

"Matiyas had very strong faith and we will keep praying for him," he said.

"He was a very gifted boy, he never went out ... he spent most of his time at school or at home with his family."

A report will be prepared for the Coroner.

The Eintracht captain ended his career in the middle of the season for his son. He said goodbye to football by exchanging T-shirts with the referee
Frank Lampard: Leicester are in the RPL championship race. I don't want to say whether Chelsea are involved or not
Mancini on Pirlo: Difficulties at first - it's normal, even if you played at the top level
Phil Neville took over Inter Beckham
Jose Mourinho: You can buy one of the best defenders in Europe for 70 million, or you can take someone who needs development
Ex-Arsenal midfielder Wilshere has signed a contract with Bournemouth
Ole Gunnar Solskjaer: Pogba played superbly against Liverpool. Manchester United manager Ole Gunnar Solskjaer commented on the performance of midfielder Paul Pogba in the match of the 19th round of the Premier League with Liverpool
Source https://www.smh.com.au/national/western-australia/body-of-teenager-who-went-missing-during-swim-at-scarborough-found-20201127-p56ipk.html?ref=rss&utm_medium=rss&utm_source=rss_national